As part of the Archdiocesan student listening and dialog session held at St Christopher’s Pastoral Centre on Tuesday September 4, Archbishop Prowse spoke with a group of Year 10, 11 and 12 students about what God wants for the Church in Australia.

The questions raised by the students covered many of the main issues facing the Church today, and the Archbishop praised them for the thought they’d given to the topic and the way they articulated their points.

Here are a number of those questions and answers.

1. The first question dealt with Church attendance. The Archbishop was asked if he believed attendance in the Church is in decline, and if so, why.

2. The second questioned followed on from the first. Archbishop Prowse was asked that, if attendance WAS decreasing, how do we make the Church or faith more relevant to teenagers and young people.

3. The third question asked how the religion being taught in school could be used to evangelise people instead of just teaching them the catechism and the doctrine of the church.

4.  The fourth point raised was what other methods can we use to get the will and the mission of the Church across to people.

5. In the fifth question, the Archbishop was asked if it will be possible for women to have a leadership role such as Archbishop within the Church. 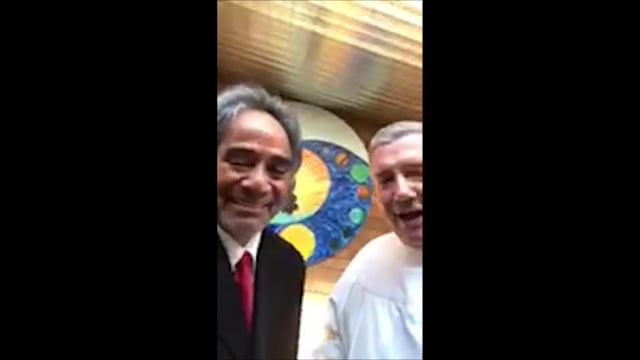 Archbishop Christopher Prowse met up with Queanbeyan parishioner and bus driver Fala Faatamala recently and asked him how he expressed his faith through the performance ... Read More