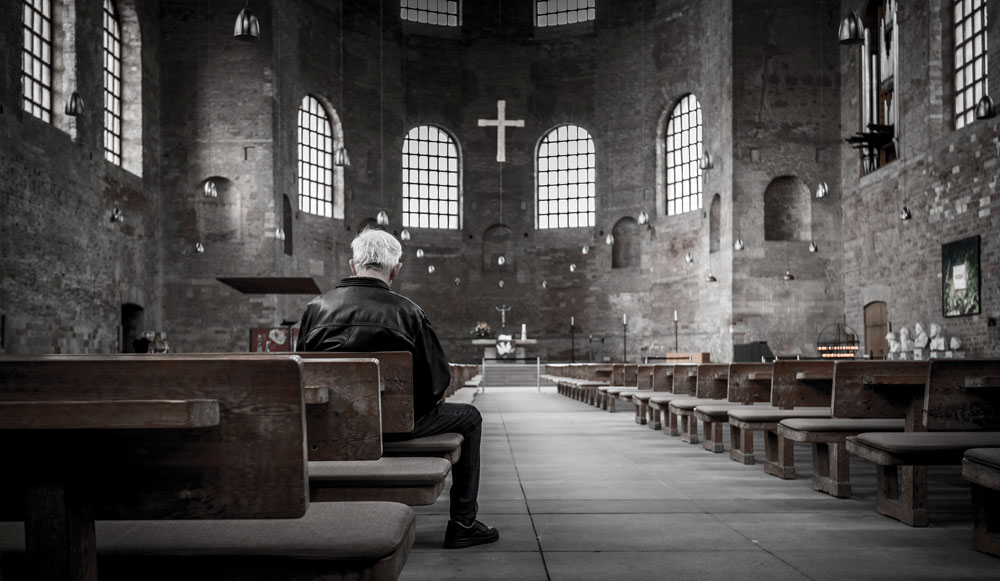 As I write this, news is coming through on the sentence Cardinal Pell has been given for the abuse of two choirboys shortly after his installation as the Archbishop of Melbourne. It comes as the next chapter in a seemingly long-running saga that culminated in his conviction towards the end of 2018 and the removal of the suppression order in February. Then we will deal with the outcome of the appeal scheduled for June; an event which will leave many unhappy, whatever the decision.

So what do we make of all this? Chances are, you have your views. You may feel the need to take a side: identifying with those who see Cardinal Pell as an innocent martyr, or with those who wonder if his conviction is simply just the tip of some sort of sordid iceberg. Battlelines are being drawn to reinforce such divisions, echoing the situation of the early church: ‘I’m for Cardinal Pell…I’m for the victims…I’m for moving on and not having to think about it’ (see 1 Corinthians 3:4).

No comment is being made in this article about Cardinal Pell’s guilt or innocence. That is for the courts and, ultimately, for God to decide. Instead, we reflect on what it means for us to be Catholic in today’s environment: an environment in which the Church is, rightly or wrongly, being called to account.

For many this is not a particu­larly easy time to be Catholic. In PR terms it is not looking great. The 2016 census tells us numbers are down and even among those who continue to practice our faith, there can be an air of confusion and disappointment. Perhaps even anger. It can be hard to speak about sharing our faith in this context, which is my primary role as the Director for the National Centre for Evangelisation.

So many Catholics I have worked with in recent years tell me that they no longer know what to say about their faith to their friends, their children, or their grandchildren. Recently my office was contacted by an elderly man who was reflecting on this situation. As he comes to the end of his life he wonders what he can do as a last ditch attempt to pass on the faith that has nourished him his whole life. His loved ones don’t appear to be interested. He feels that his Church hasn’t always helped him to do this. In fact, we may even have got in the way.

It would be easy to feel overwhelmed, but even a rudimentary study of the history of the Church tells us that we’ve been in tough situations before. The Church is in regular need of renewal and reform, and this should not surprise us. Any organisation that lets you and me through the door is never going to be perfect. For this is one of the glories of the Church: that all are welcome – saints and sinners alike. And this is the burden of the Church: that are all welcome – sinners and saints alike.

And as we look back over the history of the Church this is what we see: when things get difficult, the great saints come to the fore. God does not abandon his people, even as we might be tempted to abandon God. In times of difficulty the call becomes very direct and very simple: throw yourself on the grace and mercy of God, learn to pray again, and allow the search for truth to lead you forward.

For this I know to be true: there is nothing standing between us and the love of God. There is nothing happening in the world, in the Church, or in your own life that is preventing you and me from living the faith we have received. You are as baptised as the pope, and you are called to live your baptism as if nothing else matters.

But we are human beings and it can be hard to do this without support. For this reason I once more make you an invitation. Learn to think of yourself as an agent of evangelisation. By this I don’t mean anything onerous. I simply mean that we must em­brace the call to enter deeply into our faith and, where appropriate and as the opportunity arises, to take the step of sharing that faith with others. For this reason each of you is being invited to join the Agents of Evangelisation network. See https://www.nce. catholic.org.au/networks/agents-of-evangelisation-network for how to join.

Pray for Cardinal Pell by all means and pray for the Church. Pray especially for any who have been in any way hurt by those who should only have been the presence of Christ for them. And pray that you too may more effectively be that presence.