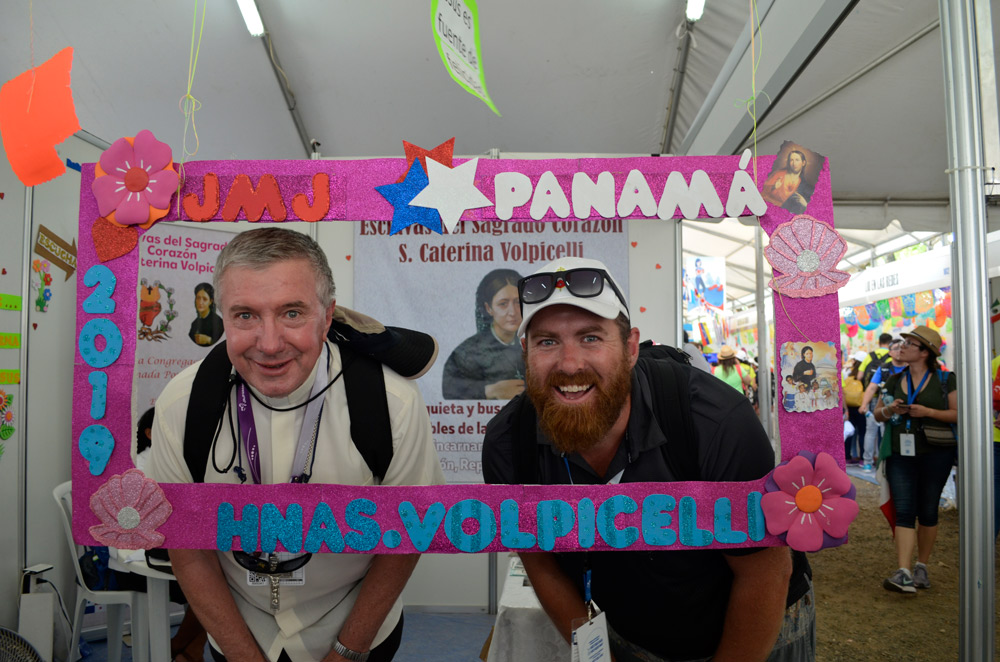 Archbishop Christopher Prowse has recently returned from the Panama World Youth Day along with the other pilgrims from this Archdiocese and described it as a revitalising experience. Even though he is something of a World Youth Day veteran (he’s been to six now) he still takes something new from each event.

“They’re all quite different and they reflect the geographic anchorage of where they take place.”

As with previous youth days, Archbishop Christopher said there were many highlights but nominated three that stood out.

“First of all, World Youth Day gives youth and the wider church an experience of the Universal Church, he said.

“There were almost a million people at the final Mass, and other World Youth Days have had up to four million. Some of the biggest gatherings of humankind have been at World Youth Days. So you get a sense of the Universal Church and not just the local church. And particularly this time it was the Church of the Latin American countries. So there were huge youth delegations from places like Costa Rica, Colombia, Nicaragua, El Salvador and Mexico.”

“Another highlight was interacting with our own local people. We had a delegation of about 15 from the Canberra Goulburn Archdiocese, and you’re there with them 24-7, so you really get to know them at the local level in a very special way. We were blessed to have teachers and Youth Ministers and it was lovely to be with them and to learn more and more about the youth culture. “

“Also, another highlight was that we spent a couple of days in Mexico City which has an enormous history, particularly with indigenous cultures. The Catholic Church there is often built on the ruins of the Aztec temples, and we learned a lot about that. We learned a lot about one of the first converts as a native, St Juan Diego who became a Catholic mainly through the endeavours of Franciscans, and then there was the apparition of Our Lady to him that became what we now call The Lady of Guadeloupe. It’s a wonderful story and a spectacular basilica in Mexico City which we all went to and came out awe inspired. So there are some of the things … there were plenty of others but those are three that stood out.”

Despite all of the cultural diversity expressed across the range of World Youth Days, there are some elements that are common to them all. Central to each World Youth Day, the Archbishop said, is the concept of pilgrimage. 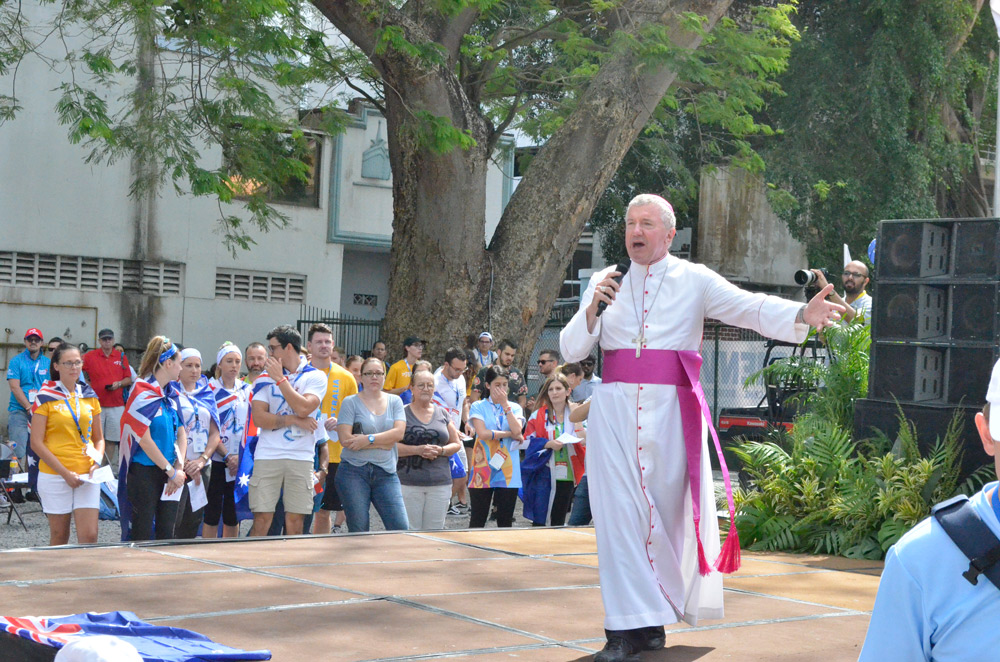 “Of course, we’re there as pilgrims, not as tourists, so the idea of the pilgrimage is that you encounter Jesus deeper than you’ve ever thought or imagined, particularly alive in his Church, and it’s easy to do that because there’s such a religious feel,” he said.

“In Australia, the feel here is so secular that we don’t really know what that means sometimes… sort of an academic word… but once you’re in a Catholic culture, which World Youth Day generates just by being World Youth Day, there’s a real feeling that it’s ok, that it’s quite cool to talk about Jesus, that it’s important to talk about prayer, how to deepen your prayer life, the role of saints, particularly the patron saints of World Youth Day, the role of the Church, the moral aspects and values that you bring into your future life whether it be marriage, priesthood or religious life being a single person… these are freely talked about and young people absolutely love it because they do feel constrained in Australia some times to talk about these matters because of peer pressure.

“The other great thing is that the Host at each World Youth Day is the Pope of the time. With Pope Francis, he goes out and tries to meet the people, even on his Popemobile, spending 40 minutes just going around and waving to people… the young people love this.”

Pilgrims who return from World Youth Day have experienced a heightened and enriching event, which they attempt to share and continue upon their return home, and Archbishop Christopher believes it is important that they be supported in sustaining the journey they have begun.

“When people come back, they’re sometimes left on their own and people get on with life,” he said.

“But that’s why I think it’s good that we have people from our schools, our teachers and leaders and future leaders, coming to World Youth Day as they’re already in a culture of debriefing and being in a community of faith.

“If you just come in as a lone ranger, well you’ll have some nice memories and visuals, you’ll probably have some nice photographs and possibly bought some nice things but the religious experience of it has got to be supported when you come back. In fact World Youth Day for most is a start, it’s not an end, and so it’s really about what happens when you come back. But World Youth Day has given birth to many youth movements around the world, to many friendships and relationships, to people who’ve gone into seminaries and religious houses.”

Another point made often about World Youth Day is that the Youth are the future of the Church, but the Pope, and Archbishop Christopher, make a correction to that saying.

“Pope Francis said at the Final Mass that youth aren’t so much the future of the church, they are the NOW of the church,” Archbishop Christopher said.

“The Pope was very keen to talk about how the contribution of the youth is something that the Church needs right now.

“Young people are a real spring time for the Church. It’s one of the reasons I like going to World Youth Day. It really strengthens my own personal faith. They are wonderfully positive, optimistic, they don’t seem to be dragged down too much by the issues and they’re not as bureaucratic as some of us. They go right to the essence of Christianity which is this living, lively relationship with Jesus Christ as the Lord and Saviour and the participation in the Church.

“Here in this Archdiocese of Canberra Goulburn they like to use three words: believe, become, belong. These are now words saying that young people are to not just believe, but also belong to a community and then to become missionary disciples especially with the lost, least and the last of society.”

The next World Youth Day is scheduled for Lisbon in Portugal in 2022. Archbishop Christopher has every intention of attending it as well.

Lenten Calvary and Resurrection in the sex abuse crisis

The conviction and sentencing of Cardinal George Pell continues to create enormous controversy in Australia, and particular dismay and distress for the Catholic community. Read More