Archbishop urges parishioners to give religion the tick Referring to the push from some quarters for Australians to mark the “No religion” box, the Archbishop said this might sell many people short.

“We all know people of faith who practise irregularly or connect to God and the Church in ways other than Mass attendance,” he said. “They are all part of our family.

“Knowing where people of faith are, whatever their level of practice, allows us to plan for essential infrastructures such as churches, schools, hospitals and aged care services.”

The religion question is number 23 on the census form and simply asks: “What is the person’s religion?”

Answering the question is optional and Australians are given 10 choices for ticking a box that can range from “No religion” to “Catholic’” to “Anglican” and so forth down the list. 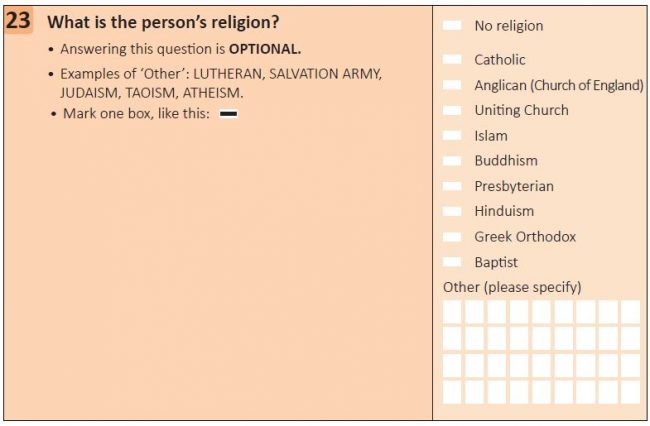 The Australian Bureau of Statistics makes clear in its advice that the question is broadly worded to accommodate a range of beliefs and life philosophies and is far more than about whether a person might be active in an established church.

“Religion is a belief or way of life that people follow. It can include attending places of worship, or ceremonies. Often, it can mean the core values a person aligns themself to, even if they don’t actively participate in services or pray,” the ABS said.

Along with ticking the “Catholic” box, Archbishop Prowse asked parishioners to encourage family and friends to mark their religion on the census.

Our Lady to protect Australia from the pandemic

AUSTRALIA’S Bishops will entrust the care of the nation from the COVID-19 pandemic to the Immaculate Heart of Mary, Archbishop Christopher Prowse announced today. Special ... Read More