Schools from around the ACT took part in the 2019 ACT Schools Constitutional Convention (the “ConCon”) last week on Thursday July 25 and Friday July 26.

Taking place at the National Archives of Australia, The Museum of Australian Democracy and the Legislative Assembly for the Australian Capital Territory, this year’s topic was Should the Commonwealth Parliament have specific powers to legislate for the environment?

The event is organised collaboratively by the National Archives of Australia, ACT Legislative Assembly, the ACT Department of Education and Training, Museum of Australian Democracy (Old Parliament House), the Australian Electoral Commission and Elections ACT.

The stated aims of the ConCon are to:

Notes from some of our schools:

Congratulations to our Year 11 and 12 students at the 2019 ACT Youth Constitutional Convention. The “Con Con” is an opportunity for senior students to debate whether to change Australia’s Constitution to be better prepared to face the challenges of the future.

On Day one, students were at Old Parliament House to learn about the origins and principles of the Federal Constitution. On day two, teams debated the proposal to amend the Constitution to give the Federal Parliament greater powers to pass laws to protect the environment.

The youth parliament ended up being split so the proposal did not carry. Well done to the six Year 11 Legal Studies students who represented the College this week at the ACT Constitution Convention held at the Museum of Australian Democracy and the ACT Legislative Assembly. The boys enjoyed the challenge of participating against other schools. 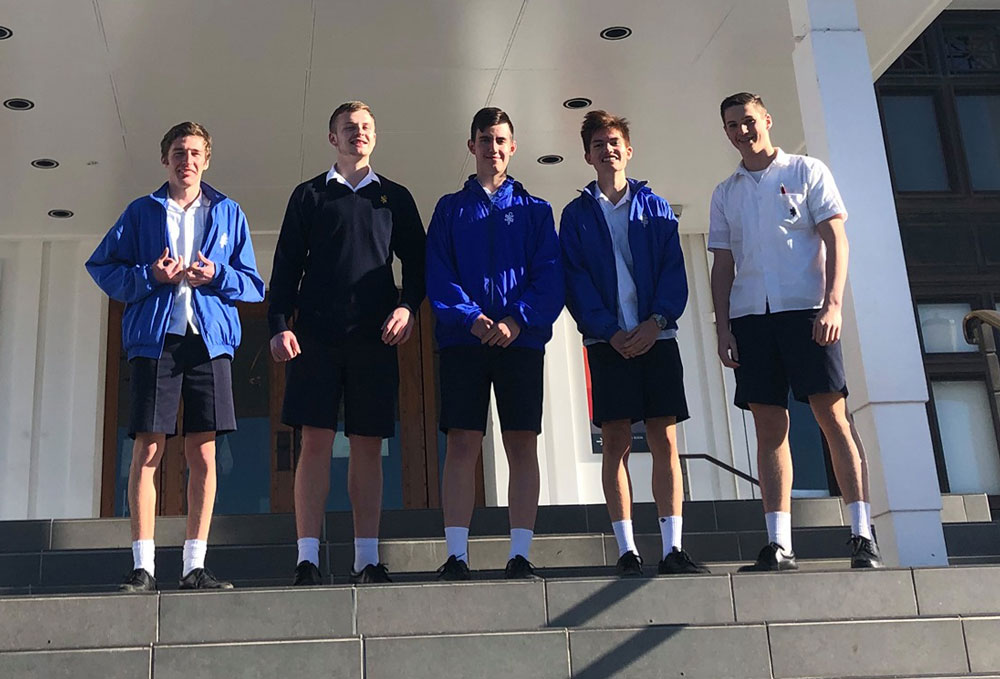 VATICAN CITY: Bishop Marcello Semeraro announced that the Council of Cardinal Advisors would present the Pope with a draft of a new Vatican constitution. Read More