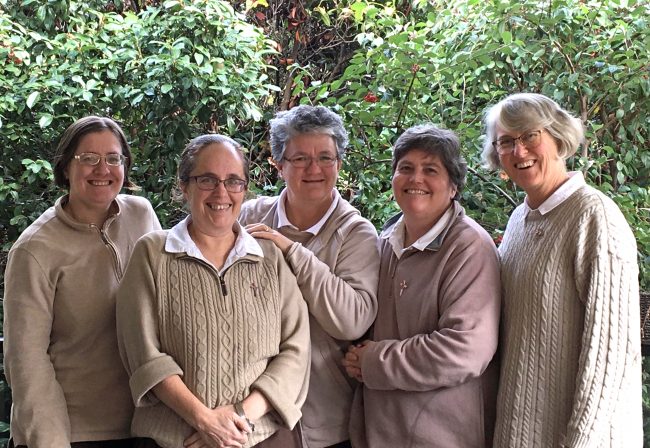 After many years in leadership, her predecessor Judy Bowe said she was thrilled with the new appointment.

“I’m delighted to be able to pass on the leadership to Therese and am keen to see the graces and giftedness her leadership will bring,” Judy said.

Every four years, the MGL sisters gather to pray and discern the direction for their mission. The recent gathering included the election of a new leader and leadership council.

From Cairns, Therese has been with the sisters for more than 21 years, spending most of that time as vocational director.

“It’s been a massive privilege journeying with young women as they try to figure out the call that God has for their lives, “she said.

Therese’s ministry has placed her in a variety of environments, including schools, parishes, youth groups and prisons.

“My all-time favourite highlight would be when I was ministering in a youth prison in Darwin,” she said. “I came across a young man – just 17 – whose tough exterior crumbed when I told him I would pray for him. He was deeply affected by our genuine care for him. At that time, I thought, ‘yes, this is why I do what I do’.”

Therese’s time in the MGLs has taken her across Australia with extended stays in the dioceses of Townsville, Darwin and Port Pirie. An essential element of the mission in each diocese was to connect with indigenous young people and communities.

“It is part of our charism to work with our indigenous brothers and sisters,” she said.

One of the more unusual adventures found Therese and former leader of the MGL sisters Judy Bowe taking part in a television reality game show. The Amazing Race involved teams of two competing as they raced around the world.

“With God, we can be confident that he will continue to do exciting things in our lives and the lives of all those who seek him,” Therese said.

The 17 MGL sisters have houses in Canberra, Varroville and Melbourne. They are members of the Disciples of Jesus Community a Catholic Charismatic community of families, singles, priests, brothers and sisters.

St Clare’s says farewell to the Class of 2019