Fasting and Abstinence at Lent 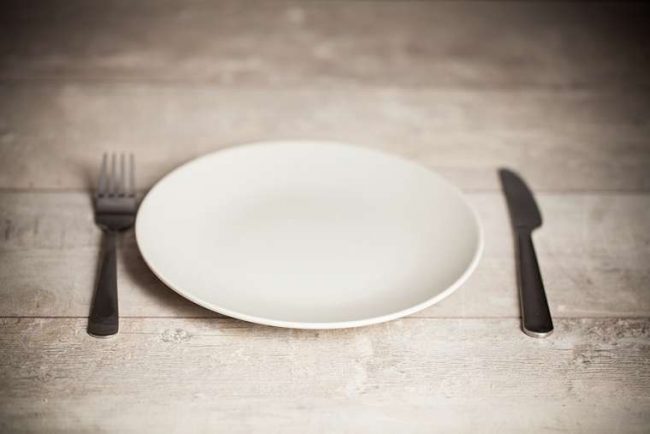 Most Catholics, even those who don’t often go to Mass, know that Lent is a time for Friday Fish Fries and “giving something up.” But many Catholics wonder what exactly the Church requires during Lent, and why.

Here are a few points that might help you have a great Lent this year:

At the beginning of his public life, Jesus was baptized by his cousin John the Baptist in the Jordan River. John was a prophet and a preacher, and he urged people to be baptized as a sign of their repentance from sin.

After Jesus was baptized, according to the Gospel of Matthew, the Holy Spirit descended upon him “like a dove,” and a voice from heaven said “This is my beloved Son, with whom I am well pleased.”

People were amazed, but Jesus immediately went away by himself into the desert. There he fasted and prayed, and while he was there, Satan appeared to him three times, tempting him.

Jesus stayed in the desert for 40 days. When he left the desert, he began calling his disciples and apostles, as the mission that led to his crucifixion had begun.

The Church says that Lent is a 40-day period of unity with “the mystery of Jesus in the desert.”

By sacrificing small things, as well as fasting, praying, and giving to charity, Catholics are invited to experience a period of prayer like the one Jesus experienced, and to prepare themselves to resist Satan’s temptation, and fulfill the mission God has given the Church.

Lent comes before Easter, and is a preparation for that feast, which is one of the most important in the Church’s life. 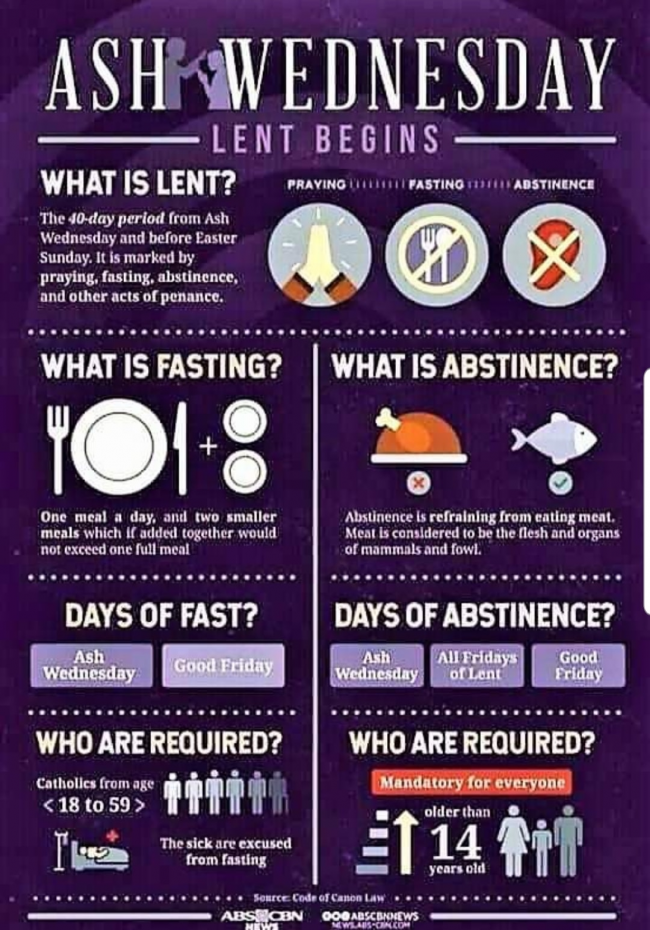 When can I eat meat?

During the Fridays of Lent, Catholics in Australia abstain from meat on Ash Wednesday and Good Friday, in union with the fasting of Jesus, and in memory of Christ’s death. Fish is not considered meat for these purposes. In Australia all Fridays of Lent are recognised as days of abstinence.

All Catholics age 14 and older are expected to abstain from meat, although those who can’t do so for health reasons, along with pregnant and nursing women, are obviously exempted.

What about fasting? When do I fast? And what do I do?

The two required days of fasting during Lent are Ash Wednesday and Good Friday. These are also days of abstinence. All Catholics who are 18 but not yet 59 are required to both fast and abstain from meat on those days.

In 1966, Pope St. Paul VI said that the Church’s “law of fasting allows only one full meal a day, but does not prohibit taking some food in the morning and evening.” This is often taken to mean that the most Catholics should eat on a day of fasting is one normal-sized meal–with no meat–and two smaller snacks.

That’s correct. You are not required by canon law to fast- though you are still bound by the law of abstinence. This means that whether to fast should be a matter for your discernment, perhaps with some guidance from your parish priest.

What about sweets? Should I give them up? What’s that about anyway?

Here a few thoughts on what to do for a fruitful Lent:

The season of Lent emphasizes three things: prayer, fasting, almsgiving. Prayer means prayer, that’s pretty simple. Almsgiving refers to acts of charity or generosity. And fasting refers to going without something, especially something on which we’ve become dependent, something we think we can’t live without, or something that distracts us from God.

Actually, these three themes are related directly to the three temptations Christ faced in the desert, and you can read about that here.

But for a fruitful Lent, it is helpful to decide on one practice for each of those themes. To find some practice of prayer you can add to your day. To decide on some act of charity or work of mercy you’ll take up. And to decide what you can fast from- it might be food, like candy, or it might be your phone, or music and news on the car radio, or soda.

The key is to choose something that you will sustain the whole of Lent, and something that does not gravely disrupt your family life or the people around you. If you drive miles to work, don’t give up driving. If you take care of young children, don’t commit to all-night prayer vigils, at least not every night.

Ideally, the practices of prayer we commit to will become incorporated into our regular lives, and our sacrifices and almsgiving might become something we continue to do as well.

There is a story about Dorothy Day, who used to give up cigarettes each year, but who would annually become so grumpy that the members of her community would beg her to take them back up again. Think about the people you live with, and work with, as you decide on your Lenten practices– If you work in this office, don’t give up showering, please.

But think also about prayer. Eventually, Dorothy Day decided that instead of giving up cigarettes for Lent, she would start praying daily, “Dear God, help me stop smoking.” She prayed it faithfully for years, though she continued to smoke. One day, she realized she didn’t want to smoke. She never picked up a cigarette again.

Prayer should be the central focus of our Lent. Without prayer, Lent will be a kind of endurance test for us. A test of how strong we are, or how much willpower we have. But Lent isn’t really about that. Lent is about how much we can turn to God the Father, through Jesus, and hand over our lives to him. That should be the center of our Lenten discipline.

So, no sweets then?

Maybe on Sundays. Sunday is weekly our celebration of Christ’s resurrection, and some Catholics decide to put aside their Lenten disciplines, in order to celebrate Christ. There are no rules about this; it’s a matter of your individual conscience. If keeping Lenten practices on Sunday helps you to focus on Christ, keep them. If celebrating Sunday with candy helps you to focus on Christ, that’s ok too.

Have a blessed Lent!