Parishioners and visitors gathered at the Immaculate Conception Church at Muttama on Sunday October 28, 2018 for a final Mass.

The Mass was concelebrated by Father Joshy Kurien, the Parish Priest of the Sacred Heart Parish, Cootamundra and Father Bernie Hennessy who was Parish Priest from 1998 to 2005.

Father Kevin Barry Cotter, Parish Priest from 2005 to 2013 was unable to attend the Mass due to his priestly commitments in Adelong.

The Immaculate Conception Church, built of ‘wood and iron’ by Father Butler, was opened in March 1902 by Bishop Lanigan. Until recent years, Mass was celebrated in the small church on a monthly basis. However, with the decline in congregation and the shortage of priests, Masses were no longer possible.

Over the years, a number of baptisms, weddings and funerals have taken place in the church.

The final Mass was also the occasion of Zoe Joenne and Abigail Samantha Last’s baptisms.

Following the Mass a community luncheon was enjoyed in the church grounds.

Although a sad day for many of the congregation, it was a memorable event and a chance to reminisce.

The Catholic Archdiocese of Canberra Goulburn trustees will determine the selling of the Immaculate Conception Church at Muttama. 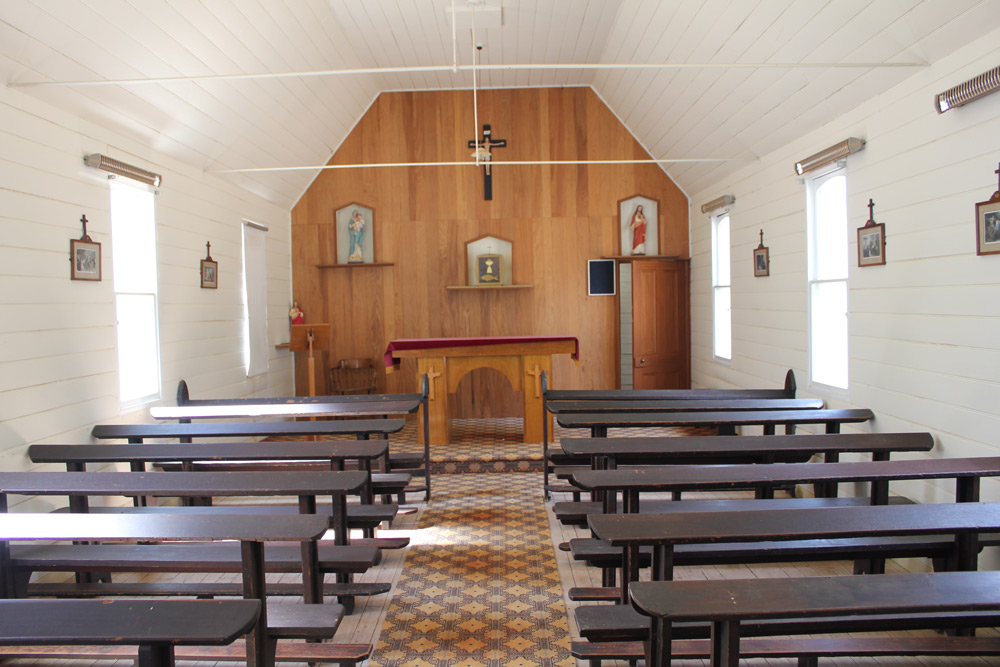 Fr Emil joined the Lake Cargelligo parish and school family in 2015 and in the three years that Fr Emil has been a special part of ... Read More

Get your army gear on

No one is thrilled about Lent because it’s a bit like army training or combat. The opening prayer today at Mass uses lots of warfare imagery. It speaks of beginning a “campaign” of Christian service, taking up battle against spiritual evils and being armed with weapons of self-restraint. We are entering into a secret but very real fight for human hearts. Our own hearts need to be won more completely for God and every human heart faces the same conflict. Our efforts this Lent are like training to make our lives more effective in this battle. We are ambassadors for Christ. How seriously are we going to dive into our training?

Lord, show us what sacrifices or new habits would make the best training for our spiritual lives, and give us the conviction and courage to enter the battle.