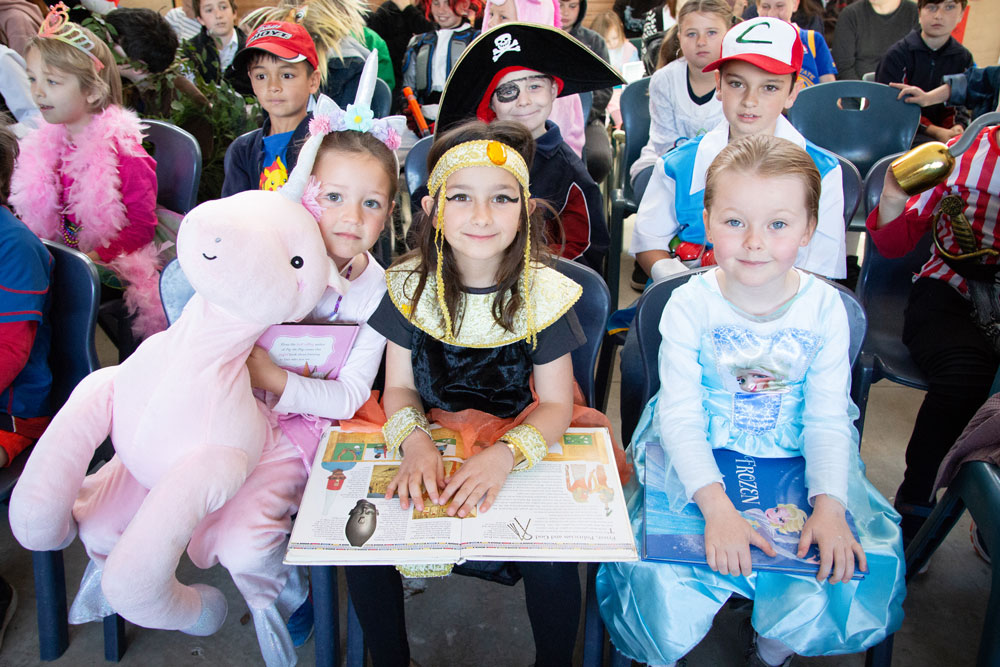 Some of the colourful costumes on display at Lumen Christi’s Book Week parade. Photo: Danielle Lynn.

On Friday August 23, the primary students at Lumen Christi College in Pambula celebrated Book Week with a costume parade.

The costumes were amazing with many creative home made costumes featuring in the parade.

Local author, Diana Harley joined our Book Week celebrations to speak with the primary students about being an author. Diana is a mother of six and Libby, her youngest, is a student at Lumen Christi.

She has written a number of picture story books including ‘Beetles and Bugs’, ‘Underneath the Apple Tree’, ‘Butterflies’ and her most recent ‘Fantastic Gymnastics’. Two of these books have been on the Premier’s Reader’s Challenge in Victoria and NSW.

The Book Week celebrations at Lumen Christi also included a Book Swap to raise funds for grocery and petrol vouchers for the drought-stricken families of Trundle.