The four-year journey of the Fifth Plenary Council of Australia is about to reach its high point, with Members gathering in Sydney this weekend for the start of the Council’s second and final assembly.

“For the 277 Members, most of whom have been walking this journey for almost two-and-a-half years, this has something of the feel of a grand final,” Plenary Council president Archbishop Timothy Costelloe SDB said.

“We have been preparing spiritually, emotionally, psychologically and in all sorts of other ways for some time, and we have reached this pivotal moment.”

The critical task the Members will undertake during the second assembly is voting on more than 30 motions that have emerged over the past four years.

The motions were outlined in the Framework for Motions document published on June 1, and the Council’s Drafting Committee has worked on the recommendations of Members to further refine the motions.

All 277 Council Members will cast a vote on the final wording of the motions, with the outcome of the two rounds of voting – consultative and deliberative – announced at 1pm each day from July 5-8.

“We come to this point in the Council’s journey mindful of the hopes and prayers of so many who have laid the foundations for the week ahead,” Archbishop Costelloe said. 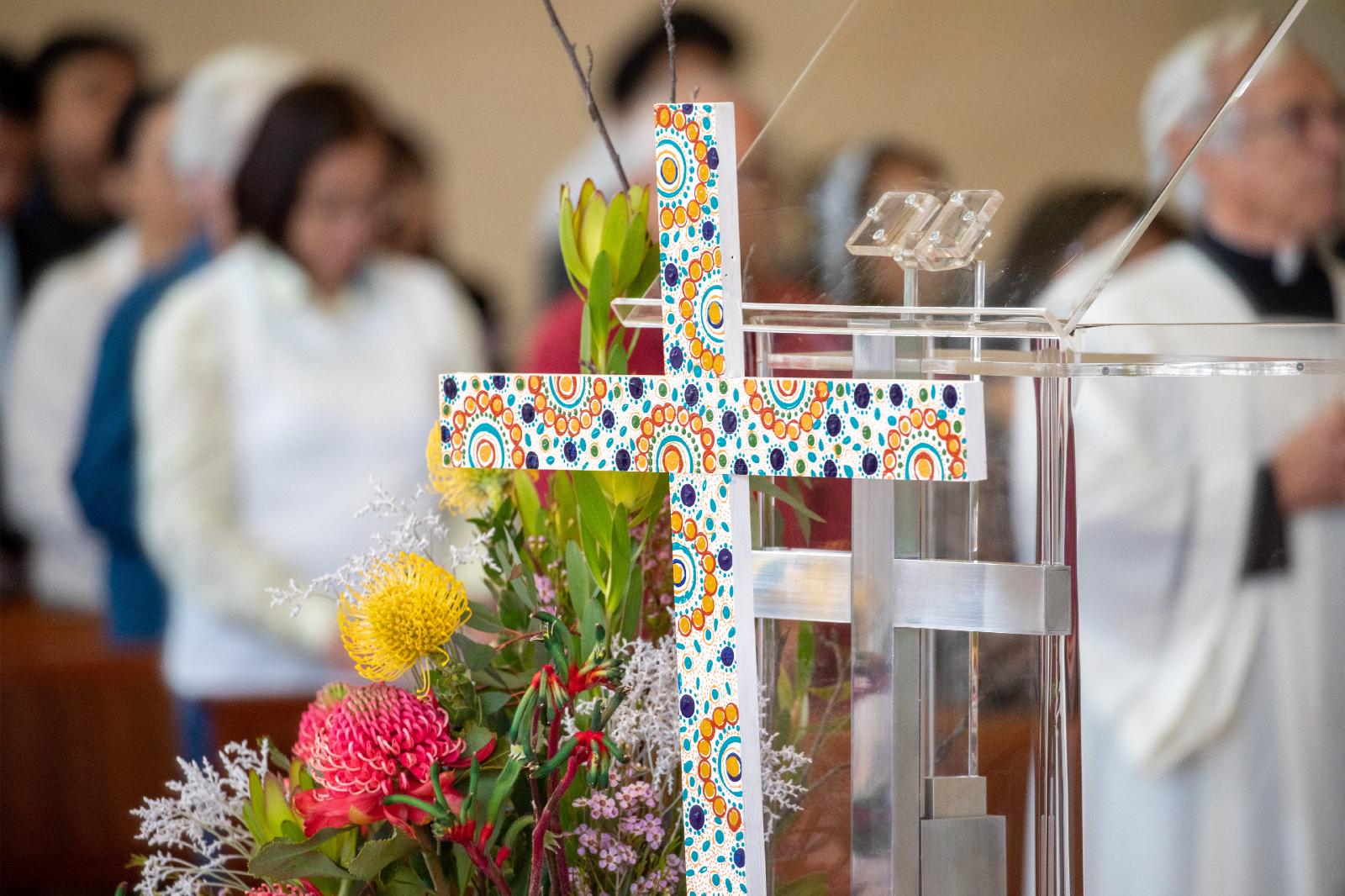 The Aboriginal Cross stands in front of the lectern for the Book of the Gospels during the opening Mass of the First Plenary Council at St. Mary’s Cathedral in Perth, Australia, Oct. 3, 2021. (CNS photo/Ron Tan, courtesy Archdiocese of Perth)

“We will gather on behalf of the hundreds of thousands of people who have taken an interest in this pilgrimage from listening and dialogue, through discernment, shaped by prayer and, ultimately, to this point of decision-making.”

Archbishop Costelloe said the Members have been deeply moved by the prayers of the People of God, including some that have been sent in recent days through an online portal.

“To know that people in all corners of our country, from all walks of life, are remembering this solemn task in their daily prayers is a source of great strength,” he said.

The portal will remain open through the second assembly, with new messages shared with Members during the week.

Sr Marion Gambin RSJ, the Plenary Council’s Acting Facilitator, said the message portal is one way in which the Members gathered in Sydney and those around the country can stay connected.

“Each day, we will welcome people into the worship and the business of the Council, with all Masses and the day’s opening session from Monday to Friday livestreamed,” she said.

The opening Mass of the second assembly will be livestreamed at 5pm AEST on Sunday, July 3. The second assembly, and the Council’s celebration phase, will conclude with Mass on Saturday, July 9 at St Mary’s Cathedral in Sydney at 10.30am. That Mass is open to the public.

Find out more about the Plenary Council and follow the second assembly at: www.plenarycouncil.catholic.org.au

THE AUSTRALIAN Catholic Council for Employment Relations has told the Fair Work Commission that the minimum wage is “manifestly inadequate”. Read More