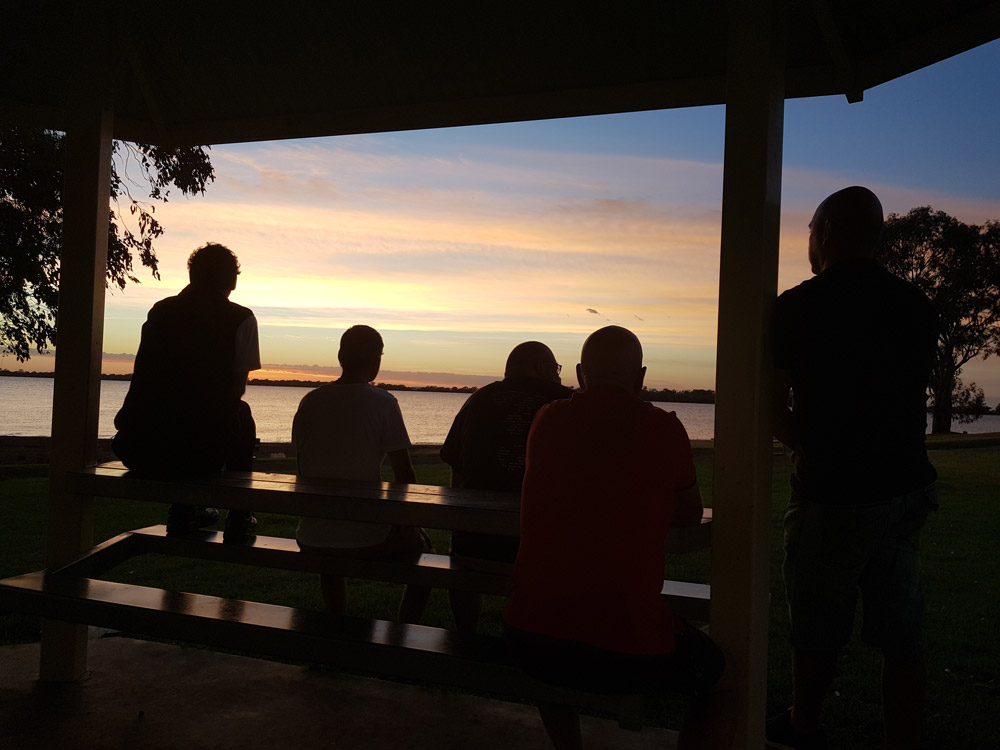 FATHER Emil Milat has no hesitation in helping to host menALIVE weekends.

He is acutely aware of rates of depression and suicide among men in rural areas.

Like many others he believes the weekends offer men in the country [and elsewhere] significant support especially in tough times.

“Men’s health issues in rural and remote areas are the highest in the nation,” the West Wyalong Mission Parish Priest said.

“Each time we host a weekend in our area they are well-supported.

“It tells me that there is definitely a need for this sort of thing out here.”

This year’s location of Lake Cargelligo proved to be popular and followed on from successful weekends in West Wyalong in 2016 and an uplifting Holy Spirit filled reunion in 2017.

“It was a real coming together of city and country and we even had one man travel from as far away as the South Coast [of New South Wales].” Fr Milat said he was delighted with the weekend at the Lake.

Over the two days men gathered in the Fr Mayne Murphy Hall at St. Francis Xavier School for prayers, food and fellowship as well as for talks, workshops and discussions pertaining to those seeking to live a purpose driven life.

“All who attended got a huge amount of satisfaction out of the time include,” he said.

“The local men commented how they grew in understanding the reality that God the Father has created us with purpose and he has a role for us to play using the gifts he has given us in the life of our families, our workplaces and the life of the church.

“The result is that for many men, they are inspired, encouraged and feel they have a new sense of mission.”

A small group in Lake Cargelligo has formed to meet regularly after the weekend.

The next menALIVE weekend is at St Mel’s Parish in Narrandera on June 2 and 3.

For more information about future weekends go to http://www.menalive.org.au/

In a significant defeat for euthanasia supporters, the Senate last month rejected an attempt to allow territories to legalise euthanasia and physician-assisted suicide. The Senate ... Read More

NEWER POSTArchbishop Coleridge elected as president of bishops conference
OLDER POSTmenAlive saved my life… and it can save yours too: says Frank