Fr Kene Onwukwe prepares to cut down a tree damaged by bushfire in Wonboyn. PHOTO: Supplied

A SYDNEY woman with a passion for helping young families has launched an early childhood centre like no other. Kay Ishak, founder of Alphabeta Retaval Preparatory, says it has a focus on working with families to provide personalised care and education for each child, including those with disabilities. It has a chapel with a weekly Mass, and an innovative religious education curriculum. Kay and her staff keep extra meals in the freezer for families who are going through a tough time.
– The Catholic Weekly

THE St Vincent de Paul Society has repeated its call for the Federal Government to establish an expert advisory group to advise on levels of income support. National Council President Claire Victory said such important decisions must be informed by evidence, and not driven by political ideology. “An additional $4 a day will make little difference, and demand for assistance from services such as ours will simply escalate in the coming months,” she said.
– St Vincent de Paul Society National Council.

A PRIEST in Sydney’s southwest has earned a prized military award for extraordinary service during last year’s bushfire and pandemic crises. Fr Kene Onwukwe, administrator of St Anthony’s in Austral and a part-time military chaplain, received the 414 Award given to one chaplain each year.
– The Catholic Weekly 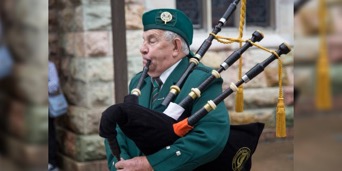 EAMON Gaffney remembers Melbourne Archbishop Daniel Mannix never went anywhere unless he had two bagpipers with him. Mr Gaffney picked up the traditional Irish bagpipes when he was 11 and played for Archbishop Mannix in the late 1950s. He said he shadowed Archbishop Mannix at communion breakfasts, foundation stone blessings and fetes. Mr Gaffney has played the bagpipes at St Patrick’s Day Mass at St Stephen’s Cathedral Brisbane for many years.
– The Catholic Leader

Sorry Day must be a catalyst: Jesuit Social Services