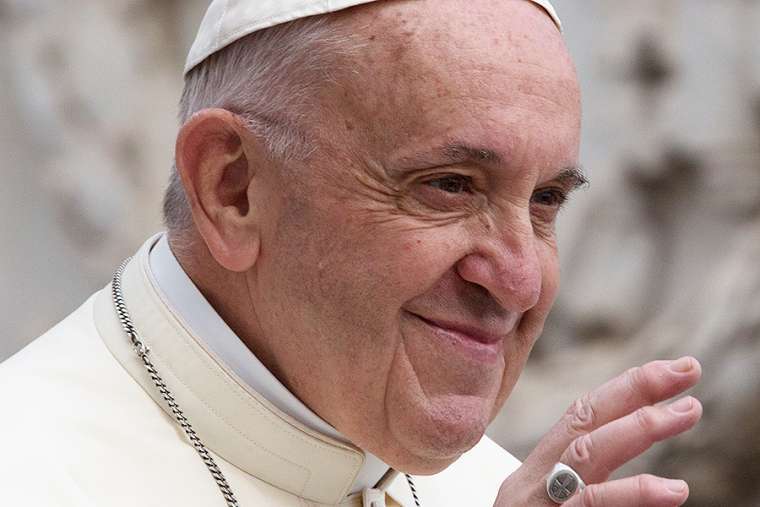 VATICAN CITY: Peter’s Pence, a global charitable fund overseen by Pope Francis, will support migrants in limbo in Mexico, the charity has announced.

“Men and women, often with young children, flee poverty and violence, hoping for a better future in the United States,” said the Peter’s Pence website. “However, the U.S. border remains closed to them.”

“All these people were stranded, unable to enter the United States, without a home or livelihood,” the announcement continued. “The Catholic Church hosts thousands of them in the hotels within dioceses or religious congregations, providing basic necessities, from housing to clothing.”

A $500,000 allocation will go to 27 projects in 16 dioceses and religious congregations who are seeking to provide housing, food and basic necessities to the migrants.

The Peter’s Pence website said there were six migrant caravans, totalling 75,000 people, that entered Mexico, as did other groups. Most of these people came from Honduras, El Salvador and Guatemala.

Fleeing violence or poverty or seeking a better life, migrants are sometimes encouraged by human traffickers’ false promises of jobs in the U.S. Some take out loans to pay for the trip, which then may lead to retaliation against families if unpaid. The trips can be dangerous, with sexual assault of women a common danger.

“Thanks to these projects, and thanks to Christian charity and solidarity, the Mexican Bishops hope to be able to continue helping our migrant brothers and sisters,” the Peter’s Pence website said.

According to Peter’s Pence media coverage of the migrant emergency has been decreasing, leading to a decrease in aid to migrants by the government and private individuals.

The collection for the papal charity generally takes place June 29 or the Sunday closest to the Feast of Saints Peter and Paul.

Peter’s Pence is supported by individuals and by diocesan or national collections. Projects may also be supported through its website.

Under Pope Francis, Peter’s Pence has funded flood relief efforts in Iran, education for hearing-impaired children in Rwanda, Hurricane relief in Haiti, and other projects.

The Peter’s Pence website says the collection is “not only a gesture of charity, a way of supporting the activity of the Pope and of the universal Church in favouring especially the poorest and Churches in difficulty.”

“It is also an invitation to pay attention and be near to new forms of poverty and fragility in which we are called to recognise the suffering Christ,” the website says.

“In this way, we can evangelise our societies and individualistic lifestyles, which are often indifferent to the fate of their fellow men and women and communities who are at the thresholds of our homes, and our countries.”

In early April a federal judge blocked Trump administration protocols that would have kept in Mexico those seeking asylum in the United States while their cases were being decided. Asylum seekers were to remain in Tijuana, near the border with the United States, and would be bussed to San Diego for court appearances.

Foes of the policy, including the American Civil Liberties Union, had filed a lawsuit charging that it violated international law regarding humanitarian protections.

Asylum seekers must prove they face credible threats, including fear of persecution or torture.

The Trump administration has argued said that only about 20 percent of asylum applicants gain final approval. It has argued that more asylum seekers must be detained to prevent them from disappearing and becoming permanent undocumented U.S. residents. There is a major backlog in asylum cases, with years before some cases are heard, the New York Times reports.

Other critics of the asylum protocols requiring migrants to remain in Mexico include the U.S. Conference of Catholic Bishops and Catholic Relief Services. In a March 13 statement, leaders with both organisations said the policy “needlessly increases the suffering of the most vulnerable and violates international protocols.”