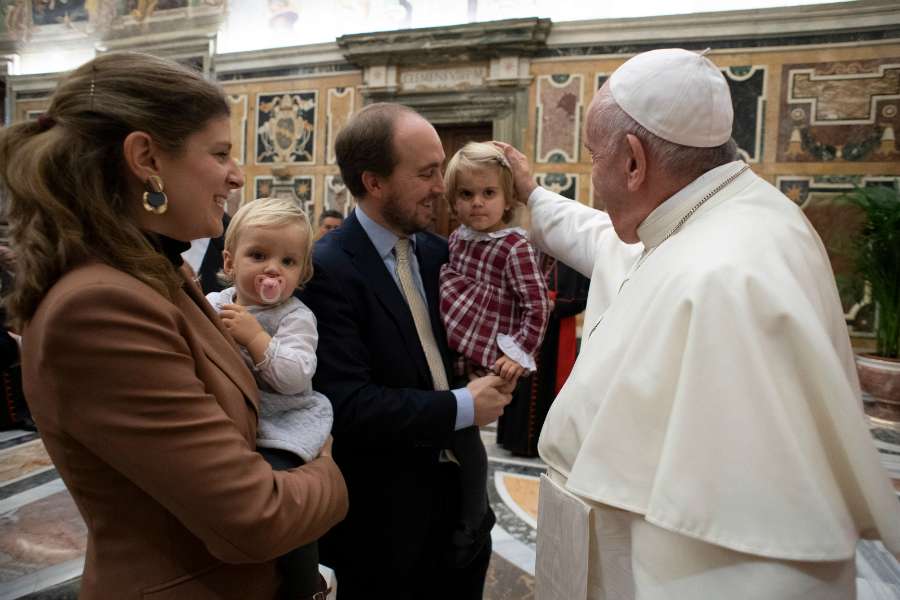 “We must move forward to include women in advisory positions, also in government, without fear,” Pope Francis said Nov. 16 in a meeting with the Vatican Dicastery for Laity, Family and Life.

“Yes, of course, also as heads of dicasteries,” the pope said, adding that he had considered two women for the appointment last week of the new prefect of the Secretariat for the Economy for which Francis ultimately selected Spanish Jesuit Fr. Juan Antonio Guerrero Alves.

Pope Francis said that it is important to always remember: “The place of women in the Church is not just as functionaries.”

“Women’s advice is very important,” he said. “The role of women in ecclesial organization, in the Church, goes further and we must work on this as well because a woman is an image of ‘Mother Church.’”

Pope Francis commended the Vatican Dicastery for Laity, Family and Life for having two women under-secretaries in their leadership. Both women are married with children.

The pope told the Vatican dicastery — created in 2016 to promote the pastoral care of the family and the mission of the lay faithful — not to “clericize the laity.”

He reflected: “So many times it happened in the other diocese [Buenos Aires], a parish priest came and told me: ‘I have a wonderful layperson, he knows how to do everything, everything. Do we make him a deacon?’”

Francis lamented that too often he sees permanent deacons become “first-class altar boys or second-class priests” rather than “custodians of service.”

“This, on clericalization, is an important point,” he said.

With the papal audience, the Dicastery for Laity, Family and Life headed by Cardinal Kevin Farrell concluded its first Plenary Assembly Nov. 13-16 on the identity and mission of the laity in the world.

The pope told the dicastery staff to “feel with the heart of the Church,” and to move from thinking from a local perspective to a universal perspective.

“The dicastery of which you are a part should, above all else, help the many disciples of Christ to live in daily life in conformity with the baptismal grace they have received,” he said.

“There are so many lay faithful in the world who, living their faith with humility and sincerity, become great lights for those who live next to them,” Pope Francis said.

Word on Fire to combat ‘hidden genocide’ of Down Syndrome, people with disabilities

Pope Francis kisses Peter Lombardi, 12, of Columbus, Ohio, who has Down syndrome, after the boy rode in the popemobile during his general audience in ... Read More