On Sunday, the Archdiocese of Canberra and Goulburn lost one of its veteran and most esteemed priests, Father Kevin Barry-Cotter. Below, Vicar General for the Archdiocese, Fr Tony Percy, reflects on Fr Kevin’s life and immeasurable legacy.

Father Kevin Barry-Cotter has entered eternal life, having died on the weekend, most likely during his sleep.

We join with each other in praying for Father Kevin, entrusting him to the Lord, and thanking God profoundly for his life and ministry among us in our Archdiocese.

Father Kevin was born the 14 June 1934 in Leichardt, NSW, being the eldest child of Leslie and Mary Barry-Cotter. They were blessed with five children. Moira, the youngest, would be known to many of us.

He started his studies towards the priesthood at St. Columba’s College, Springwood, (1954-1956), moved to St. Patrick’s, Manly, (February 1957), and got on the boat to Rome (Pontifical Urban College) in October 1957. He remained in the eternal city until 1964, completing his studies with a Licentiate and Doctorate (Canon Law).

He told me regularly, ‘Don’t let your studies get in the way of your education.’

He returned to the Great South Land and was appointed to St. Peter Chanel’s, Yarralumla in December 1964 – the beginning of a very fruitful life as a priest of Jesus Christ in our 88,000sqkm Archdiocese:

1988       Sacred Heart West Queanbeyan (in residence, while Vicar for Education and Synod Co-ordinator) 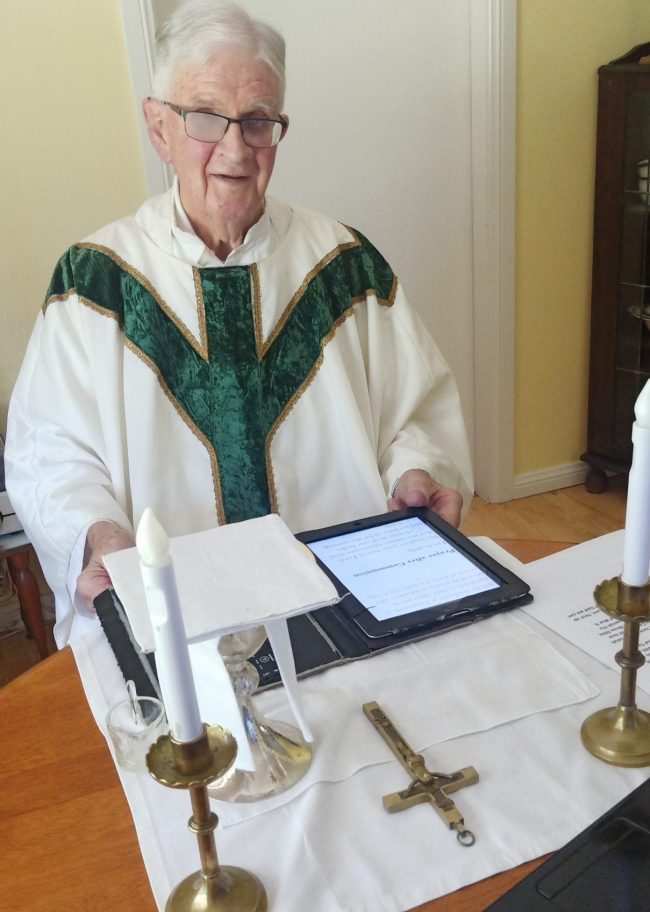 In addition, Father Kevin was Catholic Scouts Chaplain, served on the Council of Priests and Consultors, was Diocesan Censor, Judge on the Regional Tribunal, Dean of the Monaro & Western Deaneries.

He was awarded the National Service Medal in 1997. He was a very generous giver towards the education of priests in the Archdiocese.

Over the years, our Archdiocese has had more than a few priests who have been real instruments of unity, not only among the faithful, but especially so among clergy.

Father Kevin was certainly one of them. I am sure more than a few bishops were grateful for his wise counsel over the years.

With his very deep faith and vibrant spiritual life, his gracious disposition and humour, his abiding sense of welcome and hospitality, his pastoral sensitivity and wisdom, Father Kevin was a shining light among us.

Father Kevin will be deeply missed, but it was time for him to make the final journey, through the gateway of death into eternal, resurrected life.

May he now rest from his labours and find peace in the heart of Jesus.

We pray for Father Kevin and entrust him to the mercy of God.

And, Father Kevin, through the Communion of Saints, may you pray and intercede for us all now.

Parents save school from closure