Last week Vikings Group launched a partnership with Marymead as its new Charity of the Year, pledging to raise $100,000 – the largest fundraising goal Vikings Group has set for a single charity.

The money raised will go towards building Marymead’s Care Cottages—as part of its Buy a Brick campaign—to provide much needed short-term and crisis accommodation for children and families in the ACT and surrounding region.

The Charity of the Year program is currently in its third year and has so far raised over $140,000 in support of local charities.

Vikings Group CEO Anthony Hill says introducing Marymead as the new Charity of the Year is a privilege.

“Coming into our third year running the program, we have committed ourselves to our highest fundraising goals. It will be challenging, but it is a challenge worth accepting.

“Marymead provides an invaluable service to the community, which we want to recognise and support. Family values and cohesiveness are at the heart of Vikings Group, and we look forward to building a strong partnership with Marymead,” Anthony says. 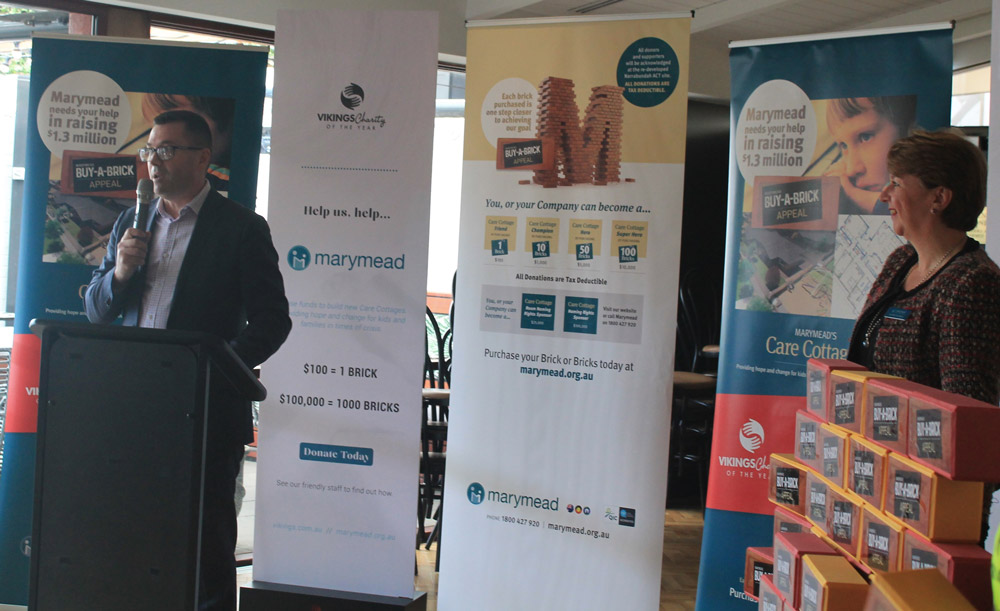 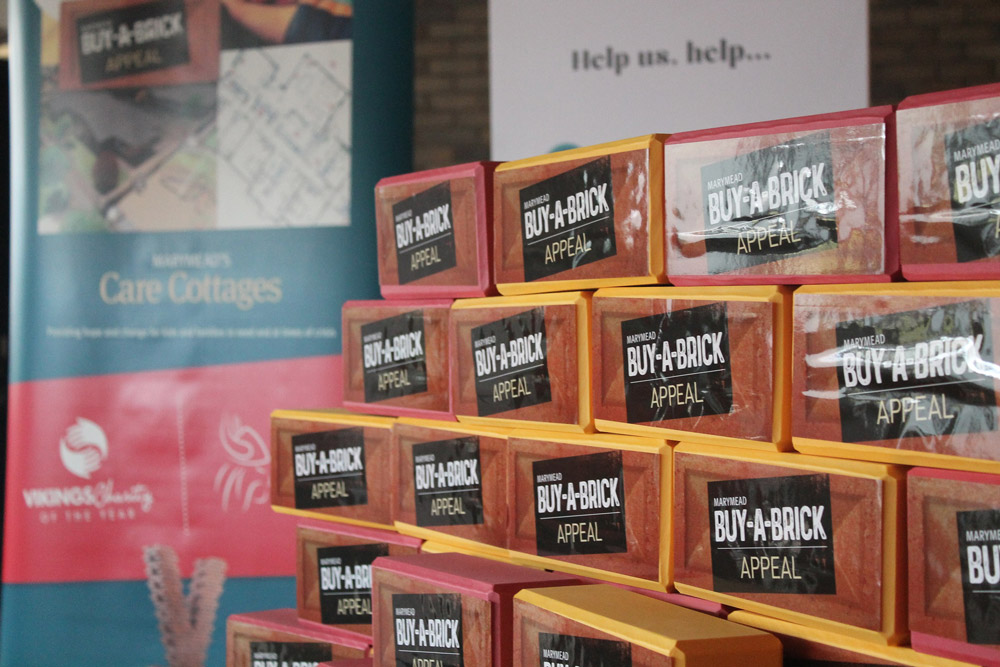 The Buy a Brick campaign aims to raise $1.3 million to construct two Care Cottages at its Narrabundah location.

Marymead’s CEO Camilla Rowland believes the partnership between Marymead and Vikings Group will make an exceptional difference to its Care Cottage fundraising initiative and to the families this will support.

“We’re extremely grateful to Vikings Group for selecting Marymead as its new Charity of the Year. This opportunity will contribute significantly to our Care Cottage project and help us achieve our mission to provide hope and change for children and families in crisis,” Camilla says.

READ ALSO:  Book Review: 'As We Forgive Those'

The 12-month Charity of the Year program includes a variety of fundraising initiatives run throughout the year including trivia nights, Yoga on the Greens and a Vikings Rugby Charity Day to name few.

This year, Vikings are also encouraging Canberrans to ‘Buy a Brick’ as part of the campaign to contribute to the construction of the Care Cottages.

Marymead has supported the community for over 50 years and continues to provide family and mental health support services, emergency and crisis accommodation for vulnerable children and respite for people with disability. For more information visit marymead.org.au.