Celebrating 50 years of the Sisters of Mary Queen of Peace 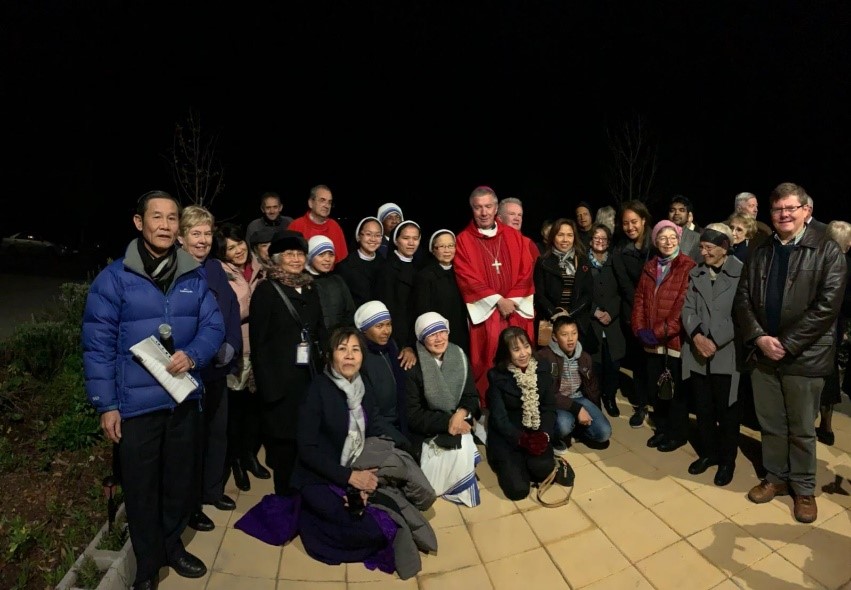 On the eve of Pentecost, Archbishop Christopher Prowse, celebrated a Mass for the Congregation of Sisters of Mary Queen of Peace at their community house in Bonner.

This occasion recognised the fact that this year the Congregation celebrated 50 years since their foundation in Buonmethuot Diocese by Bishop Peter Nguyen Huy Mai.

The Congregation developed a Charism of building up the Kingdom of God especially among the ethnic minority people who lived in the Central Highlands. They were established on the Model and Motherhood of Mary who sought to build a life founded on pondering how she was called to be obedient to God’s will in serving others.

When Archbishop Christopher asked Sr. Kim, the community leader what was the special gift of this congregation she replied, “It was to live the spiritual and corporal works of mercy which sought to reach out to those in greatest need.”

She also commented about how the sisters bore witness to the Gospel in their work of visitation and living a life of simplicity, joyfulness and generosity to others. The congregation now has 54 community houses in Viet Nam and overseas.

There are currently 246 fully professed sisters, 139 sisters who have taken temporary vows, 51 novices, 27 postulants and 102 young women in formation who aspire to consider a life as a religious sister.

Over 100 people attended the Mass and cultural evening which celebrated the important contribution that the congregation has made to the local community especially in Holy Spirit Parish, Gungahlin, in Canberra and in surrounding regions.

This was a joyful occasion in which people raised their hearts and minds to God in song, dance and celebration.

Lenten Calvary and Resurrection in the sex abuse crisis

The conviction and sentencing of Cardinal George Pell continues to create enormous controversy in Australia, and particular dismay and distress for the Catholic community. Read More