Cemeteries to remain a spiritual mission 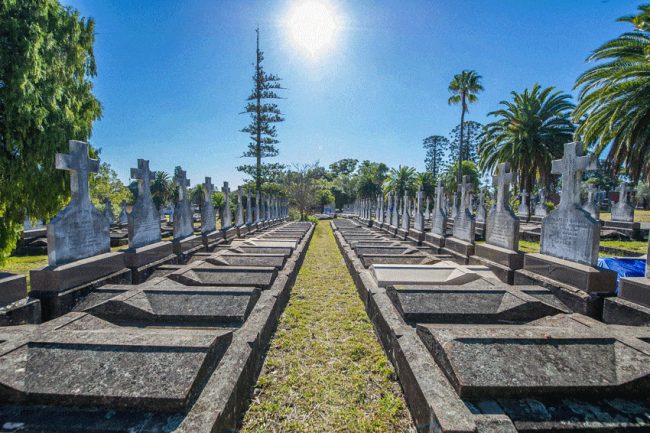 Faith-based cemetery services will continue in Sydney following a re-engagement by the NSW government with the Catholic Church on the fraught issue.

Following a meeting with Deputy Premier John Barilaro MP on 11 June to reset the negotiations over the future of crown cemeteries, Archbishop Anthony Fisher OP said he was told that Catholic Metropolitan Cemeteries Trust would be permitted to continue the work it has faithfully carried out for more than 150 years.

“I was assured by the Deputy Premier that the Catholic Cemeteries on behalf of faith groups it serves will continue to manage and operate crown cemeteries in metropolitan Sydney,” Archbishop Fisher said in a statement.

“Arrangements will be made for Catholic cemeteries to be a separate operator and not included in the government’s secular OneCrown model. This is an important step forward for faith groups to know that their prayers, services, rituals and burial rights will be protected.

“We also discussed the two new cemeteries sites at Campbelltown and Penrith and I am confident that Macarthur Memorial Park will be underway shortly.”

More than 17,000 people have signed a petition asking Premier Gladys Berejiklian to reverse the decision last month to place the Catholic trust into administration and amalgamate it with the other four trusts into a government one named OneCrown.

Tension within the state cabinet over the issue was reported to have come to a head last Monday, prompting a request for Water, Property and Housing Minister Melinda Pavey to work out an alternative solution.

Archbishop Fisher said he has invited Deputy Premier John Barilaro to join a meeting of faith groups to explain “the next steps” to those involved in managing their communities’ burial arrangements.

“Regular meetings will be occurring shortly to progress this matter and bring it to a conclusion in the coming weeks,” he added. “I thank Mr Barilaro for his co-operation and professionalism in this matter.”

Progress towards the joint venture between Equip Super and Catholic Super is continuing with the appointment of Anna Shelley as CIO for both funds. Read More