A Morrison Government proposal to recognise Australia’s First Peoples in the constitution has been broadly welcomed by key Church organisations.

In a National Press Club address on Wednesday, Minister for Indigenous Australians Ken Wyatt pledged to “bring forward a consensus option” during the current term of Parliament.

Mr Wyatt said the Government was committed to Indigenous constitutional change and would design the model with First Australians, having allocated $7 million towards the process.

“Whatever the outcome that is decided, the result has to be meaningful change in the lives of Aboriginal and Torres Strait Islander people.”

Craig Arthur, national administrator for NATSICC, said the Council supported any initiative to strengthen the voices of Aboriginal and Torres Strait Islanders.

“NATSICC believes it is important that a strong focus is placed on empowering all people within all communities,” he said.

“However, representatives would like to see more details on what is proposed.” 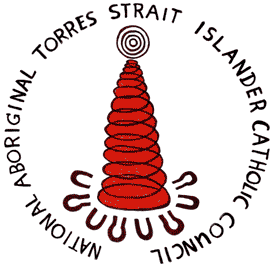 Christopher Ohlsen, executive secretary of the Australian Catholic Bishops Conference’s Commission for Relations with Aboriginal and Torres Strait Islander Peoples, said the Church welcomes the Government’s intentions for a referendum and for placing a timeline on that process.

“We will await further details about the proposed referendum and will then engage in a process of consultation with our Indigenous brothers and sisters,” he said.

NATSICC and the bishops acknowledged the need to respect the diversity of Aboriginal and Torres Strait Islander communities across Australia by giving voice to all perspectives.

The dignity and value of the individual, a core tenet of Catholic Social Teaching, is central to the issue of acknowledgement and recognition, those groups agreed.

The Catholic bishops of Australia have paid tribute to the deep spirituality and decades of service of Deacon Boniface Perdjert following his death on Monday. Read More

Get your army gear on

No one is thrilled about Lent because it’s a bit like army training or combat. The opening prayer today at Mass uses lots of warfare imagery. It speaks of beginning a “campaign” of Christian service, taking up battle against spiritual evils and being armed with weapons of self-restraint. We are entering into a secret but very real fight for human hearts. Our own hearts need to be won more completely for God and every human heart faces the same conflict. Our efforts this Lent are like training to make our lives more effective in this battle. We are ambassadors for Christ. How seriously are we going to dive into our training?

Lord, show us what sacrifices or new habits would make the best training for our spiritual lives, and give us the conviction and courage to enter the battle.