Congregation passes away with last member It’s the end of an era with the passing of Sister Mary Paul, the last of the Our Lady Help of Christians congregation, who has entered eternal life aged 99.

Affectionately known as “God’s Housekeepers”, they were a special group of women whose congregation took shape in Australia in the 1920s.

Established to minister among the Indigenous people of remote Western Australia, due to dwindling numbers and an ageing population, they accepted an offer to relocate to NSW and set up a small community to look after the domestic duties at the seminaries of St Columba’s at Springwood and then St Patrick’s at Manly.

Born Elizabeth Brigid Killian in Ireland and one of 10 children, Sr Paul entered the congregation in 1954 after reading their brochure at St Mary’s Cathedral ironically, where her funeral was held 65 years later.

Unlike many of the founding members of the Congregation, she didn’t have a desire to work in the missions, she was actually attracted by the hard work they did looking after seminarians and clergy.

Retired Sydney auxiliary Bishop Geoffrey Robinson, the nephew of Sr Joseph, a member of the order, said theirs is a remarkable story of perseverance, hard work and faith.

“I first met them as a small baby when I visited and don’t think there was a single one of the sisters that didn’t take a turn of nursing me so I’ve known them all my life,” he said.

“Beginning in Perth with the sisters of St John of God who ran a hospital, their longing was for the poorest of the poor and they moved to the Kimberley’s and supported the indigenous communities.

“However, one of the sisters died suddenly and they were called back to Perth before being offered a base in Springwood in NSW.

“From the time they began their work at the seminaries they really did find it incredibly hard … I remember there was a time when a priest who was down by the kitchen area saw a large full churn of milk and realised it should have been in the cooler so he went to move it and found it far too heavy so went to get another priest to help. 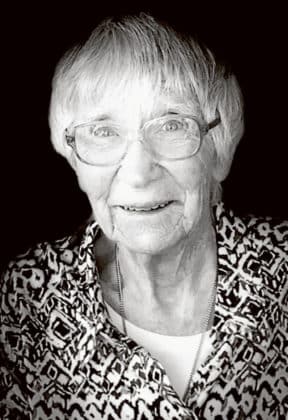 “While he was gone, one of the Sisters came along and man-handled the thing on her own into the cooler and as it turned out she’d done that many, many times.

“Their other complaint was that they weren’t allowed to meet the students, they had to keep to themselves in their Convent and I’ve always felt that they could have been a wonderful, feminine influence on those students who God knows desperately needed it but that was forbidden to them.

“Looking back I found that expressively sad, they were wonderful women so hard-working and dedicated and kept their love of the mission anyway they could.”

A former member of the congregation, Sr Bernadette, now known as Marie Frankham, was one of the last to join the order and left after nearly 20 years due to the dwindling numbers.

She said despite loving the work, she could see the “writing on the wall” for the order and has since married and is living on the Central Coast.

“If the numbers were flourishing I’d still be there, but as there were so few of us I knew there was no real future for us and I would virtually be left on my own,” she said.

“It was such a hard decision because I absolutely loved the work and it really was a privilege to be part of the life of current and future priests.

“Despite not being allowed to talk to the students, we were able to attend the solemn high Mass of a Sunday which was very, very special.

“In the end it did become a lot more relaxed and we were able to interact with the students, which was lovely.

“It is very, very sad that the end of the order has come, we were so appreciated and played such a big role in the lives of so many Sydney priests for so many decades, I can honestly say I don’t regret a minute of it.”

Sisters Bethany and Tiffany O’Connor in their workroom in their Central Coast home. Photo: Tom Croll Like any young entrepreneurs, Tiffany and Bethany O’Connor have ... Read More