Deacon John Lim was farewelled after Mass in Bungendore on July 8.

Deacon John Lim was farewelled with a morning tea following Mass in early in July.

John arrived at St Mary’s four years ago and his appointment at the time was ground-breaking in that he was one of the first deacons in the Canberra / Goulburn Archdiocese to be assigned to a parish in a pastoral role.  In addition, John and his beloved Ann were the first married couple to take up residence in the church house.

John, together with Ann, tackled his assignment as pastoral carer with great gusto getting to know his flock, their needs and aspirations and ministering to them with compassion, understanding and with a true Christian spirit.  His quick wit, wonderful sense of humour and happy smiling face quickly set people at ease and opened the way for effective communication.

John’s passion for his vocation shone through in all he did, especially in his homilies. A number of new parishioners are active members of the St Mary’s faith community today as a direct result of John’s passionate and welcoming commitment to his pastoral role. John was also passionately committed to transforming the two acres of rich alluvial soil (donated by the state in the early 1800s as the site for St Mary’s Church) into the ‘Bungendore Botanical Gardens.’ He has left a wonderful legacy in the form of the memorial wall and the adjacent Place of Peace.  His plant stall at the annual St Mary’s Autumn Fair is a further example of his love of gardening.  His was the most successful stall at the fair for the last three years.

Halfway through his four year tenure here at St Mary’s cancer would claim the life of his beloved Ann.  He coped with this tragedy with dignity, courage and great faith and the way John conducted Ann’s farewell liturgy was truly inspirational.

His generosity and thoughtfulness had a very significant impact on the local Bungendore community including with our friends at St Philips who attended John’s farewell morning tea after Mass in early July.  He has advanced the ecumenical cause and brought the churches much closer together

John is returning to Malaysia for an unspecified time.  The St Mary’s faith community wishes John all the best in whatever he decides to do.  He will be sorely missed. 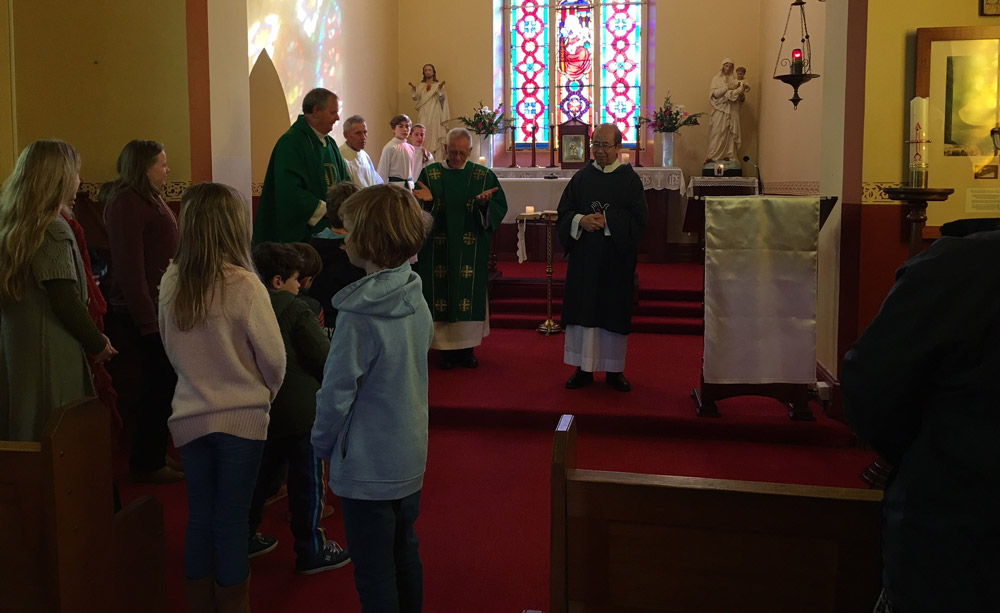 Deacon John Lim was farewelled after Mass in Bungendore on July 8.

The following is a speech given by Russell Taylor AM after Mass on Sunday July 14 at St Mary’s Church in Bungendore regarding NAIDOC week. Read More