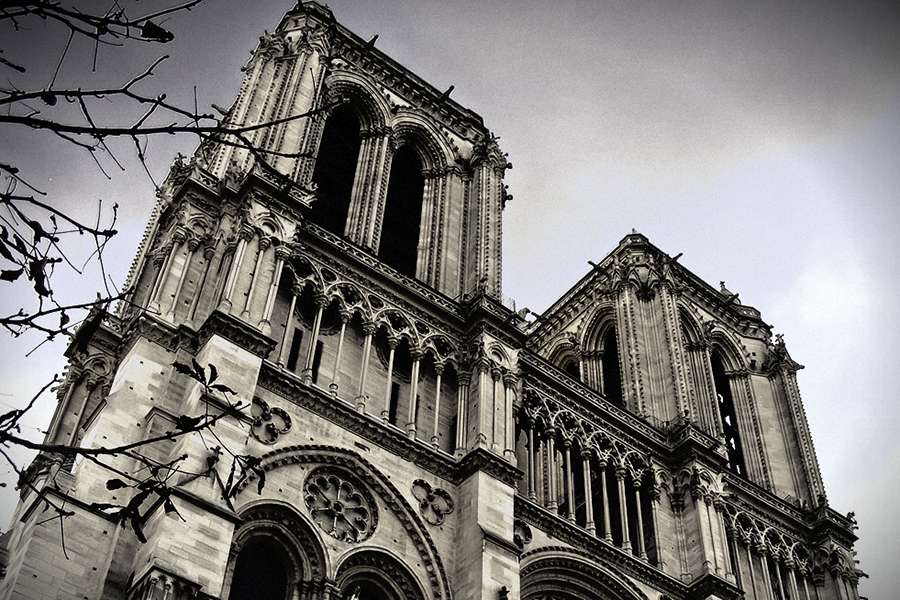 PARIS, FRANCE: Almost four months after a fire destroyed the roof of Notre-Dame de Paris, officials are concerned that the building is still at risk of collapse. Now instead of a fire threatening the 850-year-old building, it is the record summer temperatures that may further erode the stonework.

France, and most of Europe, is in the midst of a record-setting heatwave. Temperatures reached 108.7 degrees Fahrenheit (42.6 C) in Paris on Thursday, the highest ever recorded.

Philippe Villeneueve, the cathedral’s chief architect, is worried the Parisian heat wave combined with the water damage sustained during the firefighting effort could spell disaster for the cathedral’s vaults.

“I am very worried about the heat wave because, as you know, the Cathedral suffered from the fire, the beams coming down, but also the shock from the water from the firefighters. The masonry is saturated with water,” he told Reuters Aug. 24.

On April 15, a fire started in the center of the cathedral’s roof and nearly destroyed the entire building before it was put out.

While there has been no movement detected in the cathedral’s structure since the fire, Villenueve is nonetheless very concerned about the integrity of the stonework.

“What I fear is that the joints or the masonry, as they dry, lose their coherence, their cohesion and their structural qualities and that all of sudden, the vault gives way,” he explained to Reuters. “As I speak here, the vaults could very well collapse, because since April 15, we haven’t been able to access the vaults, neither from above nor from underneath.”

The stone vaults largely held during the fire, much to the amazement of onlookers. Only the part of the ceiling located underneath the spire, which was destroyed in the blaze, fell. The vast majority of the artwork, along with all of the relics, were spared from the flames.

Unlike the United States, most of Europe lacks air conditioning, which makes heatwaves particularly dangerous. So far, five deaths in France have been linked to the excessive heat.

The cause of the fire at Notre-Dame is still undetermined. On June 15, Mass was celebrated at one of the side altars for the first time since the fire.

France’s parliament recently passed a law declaring that Notre-Dame must be rebuilt exactly the way it was prior to the fire. The rebuilding effort will take years.

Brian keen to add his Voice

Young’s Brian Hislop is such a fan of the Catholic Voice, as soon as he heard the call out for Catholic Voice Ambassadors, he didn’t ... Read More