After we were ordained Deacons in August 1960, several of us students from the Pontifical Urban College for the Propagation of the Faith (AKA “Prop”) were given permission to visit Padre Pio. To get there, we had to take the bus from Castelgandolfo to Rome, train from Rome to Naples, train from Naples to San Giovanni Rotondo on the Adriatic side of Italy. We spent most of our four days off in a train.

On arrival at the Friary where he lived, we booked in for Mass the next morning and, because we were Deacons, we were allowed to sit on the sanctuary. Then we went searching for a plate of pasta. A lady dressed in the habit of the third Order of Friars Minor (Capucin Franciscans) asked could she help us. This turned out to be the daughter of an American millionaire who gave up her wealth to support Padre Pio’s charitable works. After a meal, she invited us to her residence and told us about her experience working with Padre Pio.

Next morning we turned up to a packed Church and square for Mass. It was the old Tridentine Rite, so, with his back to the people, the congregation was not able to see much. But we, at the sides and front of the sanctuary had a wonderful view. His love of the Word of God was obvious in the way he was wrapped up in it while it was being proclaimed, and at the Consecration and the “Ecce Agnus Dei..” he seemed to have left us altogether.

We received Holy Communion at his hands and after Mass he came over to greet us on the way out. We left San Govanni Rotondo shortly after for the long trip home. Four months later we were ordained priests and given a share in the same graces given to Padre Pio as we were “ordained for the people in the things that appertain to God”. 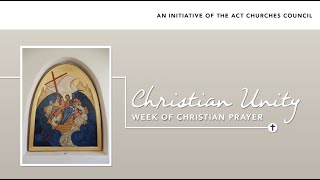 https://youtu.be/Qu991TUqsI8   Christians from various Christian traditions will join together on Sunday to begin the annual Week of Prayer for Christian Unity. The service will be available on ... Read More