From bad to worse on euthanasia 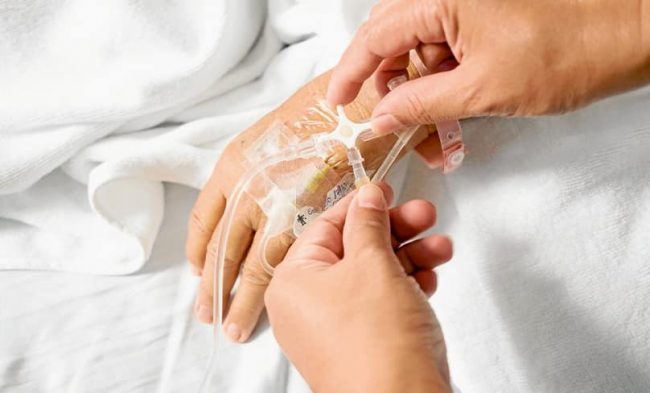 The legal killing of an ever-widening range of individuals is expanding across Australia.

There are lots of really terrible things about the quick succession in which we are seeing euthanasia and assisted suicide bills come before the various state parliaments in Australia.

Victoria’s passing of euthanasia laws seemed to have a domino effect.  We now have euthanasia laws in Western Australia, due to come into effect in mid-2021, and Queensland and South Australia have both recently held inquiries into the same.

I wrote in this column a few weeks’ back how NSW Nationals MLC Trevor Khan announced his renewed push for these laws, and last week, Independent Tasmanian MLC, Mike Gaffney, released a consultation draft of euthanasia and assisted suicide bill for that state. That’s every state in Australia, less than 12 months before the state of Victoria started giving its citizens lethal injections.

IT’S VERY BAD NEWS FOR OUR SICK AND VULNERABLE ELDERLY.

But the quick push for laws in other states also means that we can see the often-denied slippery slope playing out in front of our eyes, and while that is also bad news, it at least gives us some insight into where these laws are headed.

Not only are euthanasia advocates in Victoria lobbying for the removal of so-called safeguards put in place in the original legislation – demonstrating clearly how the passage of euthanasia laws with purportedly “strict” safeguards is just a means to getting a foot in the door – if we compare to the Victorian laws passed in 2017 to the Western Australian one passed in 2019 and the consultation draft bill released by Mr Gaffney for Tasmania, we can see the weakening of these so-called safeguards in Western Australia, and their entire rejection in Tasmania.

For example, Victoria’s laws included a safeguard that prevented a medical practitioner from initiating a conversation about euthanasia or assisted suicide with a patient because they recognise the amount of influence a doctor can have over a patient.

Western Australia’s laws do not include such a prohibition, only a requirement that the doctor raising euthanasia or assisted suicide also provide information about other treatment options, including palliative care.  In the draft Tasmanian bill, this requirement has been dispensed with altogether, meaning that a doctor is free to suggest euthanasia as a possible or even preferred “treatment” option to a vulnerable patient.

Additionally, the Victorian law requires that at least one of the two doctors who agree on a patient’s eligibility for euthanasia or assisted suicide have some specialist training in the illness suffered by the patient.  The West Australian law does not require specialisation but does include minimum levels of medical experience before a doctor is allowed to agree to a euthanasia request.

In Western Australia, while the doctors do not need to be specialists in the patient’s illness, there are minimum experience requirements that a doctor has to meet before being able to sign off on euthanasia.  Not so in the draft Tasmanian bill, which only requires doctors seeking to prescribe lethal injections to have completed an online training course.

But Tasmania’s draft laws go much further than this.

While both Victoria and Western Australia require that a person be terminally ill and have either 6 or 12 months left to live, the recent Tasmanian bill includes no requirement that a person be dying.  If passed, the bill would allow euthanasia for those who are injured or chronically ill, paving the way for euthanasia for physical conditions such as paraplegia or even chronic arthritis.

Both Victoria and Western Australia have a minimum of 9 days between a person making their first and their final request for euthanasia (unless the patient is likely to die or lose mental capacity within those 9 days).

The Tasmanian bill cuts this time period down by more than half, requiring that only 96 hours pass between a first and final request for euthanasia (remembering that the request can be made by someone who is not terminally ill.)

AND FINALLY, AND PERHAPS MOST ALARMINGLY, THE TASMANIAN BILL ITSELF ANTICIPATES THAT EUTHANASIA WILL BE EXTENDED TO MINORS AND EVEN SETS UP THE MECHANISM FOR THIS TO HAPPEN.

The bill includes a review process two years after the legislation comes into effect and requires those reviewing the laws to consider extending the regime to minors.

The drafters of the bill have not tried to hide their intentions at all: they want euthanasia and assisted suicide available to adults and minors, to those who are not suffering a terminal illness or otherwise expected to die, and they want it to be over in a matter of days.

The horror of this bill is only met by its educative nature: it shows clearly the extreme and indiscriminately lethal hand of euthanasia activists, and for that, we can be grateful.

HONOLULU, HAWAII: Hawaii's law legalizing assisted suicide went into effect last week, but many physicians and pharmacists are choosing not to prescribe or dispense the ... Read More

NEWER POSTScholars from across the globe gathered for the 2nd International Conference on Catholic Religious Education in Melbourne, Australia
OLDER POSTPope Francis on St John Paul II: ‘I Learned From Him’