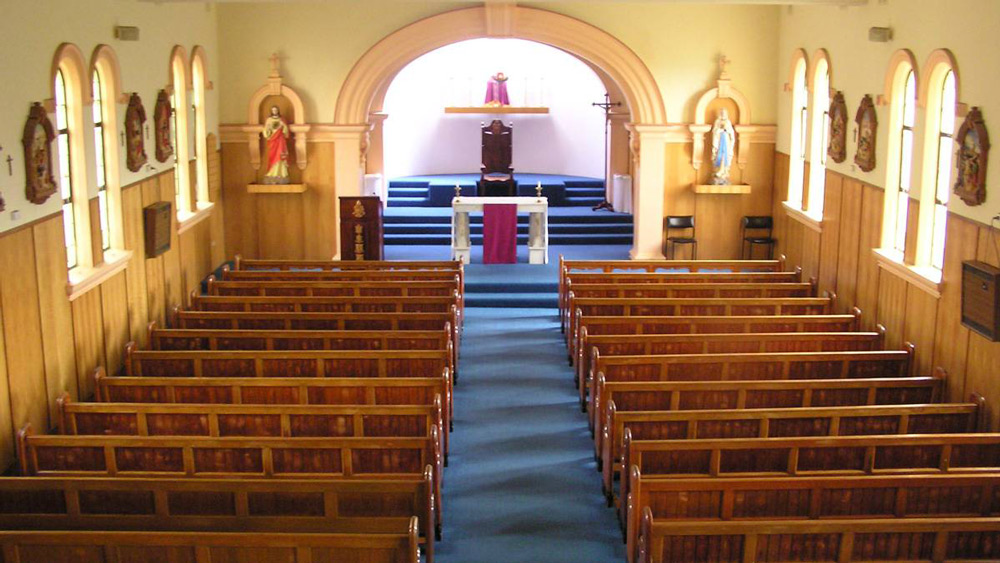 Catholic Voice Journalist CHRIS GORDON pondered the role of less-active Catholics in the Plenary process and, more broadly, in the Church today, and offers this opinion piece.

Recently the Catholic Voice published some statistics that showed the average percentages of Catholics in the Archdiocese that are attending Mass.

I’ll recap. As at the 2016 census, there were 655,897 people living in the geographic area that is the Archdiocese of Canberra-Goulburn.

Of those, 155,084 identified as Catholic. That’s a bit less than a quarter of the population.

In the two years since the census, additional information has recorded that Mass attendance has gone up by around 10%… which means around 17,776 are attending each weekend, about 11.5% of the Catholic population.

Now, statistics are amazing things. The same set of statistics can be used by two different people to make two entirely different points.

One of the points that jumps off the page to me isn’t that 11.5% of the Catholic population are still going to Mass. It’s that 88.5% are still hanging in there.

To be a Catholic in the consensus doesn’t require evidence or a level of involvement. It only requires that you tick a box.

And 138,924 people in this region that AREN’T attending Mass decided to tick Catholic.

And in that one act, I believe they are saying “I’m hanging in there. You haven’t lost me yet. Show me something.”

To paraphrase the quintessential Aussie philosopher Jimmy Barnes, they’re standing on the outside looking in. But at least they’re still looking, and that’s not nothing.

What does it mean to be Catholic?

There’s a hymn we sang a lot at Mass when I was a kid that went: “And they’ll know we are Christians by our love.”

That’s well and good, but how are you able to tell a Catholic? What defines a Catholic?

It’s easy to be a Catholic in a census. Just tick a box. Done. Of course, that’s not really a qualifier.

So what actually makes you a Catholic?

It’s a binary result: Yes or no. You’re a Catholic or you’re not. It’s a bit like pregnancy. You can’t be a little bit Catholic. Not technically.

But of course few things in life are that simple.

Baptism is you’re ticket to ride, but it doesn’t mean that you got on board.

Then there are the other sacraments. Chances are, if you were baptised, you have also celebrated reconciliation, communion, and confirmation…and possibly marriage. Four or five sacraments in total.

Now those aren’t merely boxes to tick or notches on a belt. They are significant gifts of God’s grace that touch our lives deeply.

And they are the elements that help define a Catholic.

If you’ve received extreme unction you might be up to six sacraments… if you’ve married AND been a priest… maybe even seven.

But for the most part, four or five sacraments is what adult Catholics have, from busiest bishop to laziest “Lapsed” Catholic.

How did it lapse?

In fact the term “Lapsed Catholic” is a misnomer.

Catholicism doesn’t lapse. It’s not like a library card, or club membership, or an insurance policy where you cease to be covered if you don’t update, or pay, by a certain time.

You don’t at some point cease to be a Catholic (unless you make a conscious decision to leave) any more than you cease to be a child of God.

But since Lapsed Catholic is a term people frequently use to describe “less active” Catholics, let’s use it that way here.

And there are many levels of activity, of commitment or involvement, of interest and possibly of belief within the spectrum of Catholicism. That’s hardly surprising given that the literal, non-religious, small C meaning of the word catholic is “including a wide variety of things, inclusive.”

So the non-Mass-attending Catholics, the “lapsed Catholics”, how did they get to where they are?

Did they get busy? Were they only ever casual participants? Did they have a change of heart or a change of mind? Are they angry with the Church? There could be dozens of reasons.

But in the case of the 88.5%… they haven’t given their religion the flick. Not yet.

The Catholic Church is now well advanced in its preparations for the Plenary Council of 2020. It is a watershed moment, and a very timely opportunity for the Church.

And it comes at a time when people’s commitment to and engagement in ALL external activities appears to be on the decline.

It’s not just Church that suffers from decrease attendance.

Most sports suffer from declining numbers. Volunteerism in general struggles to attract participants. And many religions are experiencing dwindling numbers.

That’s the backdrop to the problems facing ALL groups today.

More specifically, the Catholic has some other challenges to deal with, some of which relate to poor governance and abuse of trust.

Amidst addressing those issues, there is also that requirement all organisations have… to continually examine processes and practices to see if they remain relevant and on track.

These are insights the Plenary Council could benefit from.

What you want is not necessarily a bad thing

We recently ran an editorial piece in the Catholic Voice that was very popular and very well received.

It raised some very valid points:

But to one particular aspect of the piece… that we should get over ourselves and not be concerned with what we individually want… like the candle entering a darkened room, I beg to differ.

Considering what you want, is NOT mutually exclusive from what God wants. If you were asked what you most wanted in life and answered “World Peace”… it’s a pretty worthy wish.

Surely it’s important to hear the widest array of responses, throw them all on the table, before rejecting them.

The very question of “what God wants” is extremely hard to answer. If there was even one person out there that knew the answer we could skip the entire Plenary process. But in the absence of that, “what God wants” is a contested notion, and if figuring out what God wants is the entire purpose of the process, it shouldn’t be used as a tool to limit the discussion.

For the most part, I’m sure people wouldn’t throw in suggestions like “no more Masses” or “less commandments.” And if they did, well the sillier ones would deserve to land on the editing room floor.

But people need to know they will be truly heard. That offering a different perspective is ok, and not necessarily a bit radical.

The teachings of Christ were pretty radical for their day.

The phrasing of the Plenary Council question itself… What is God asking of the Church in Australia today… although a worthy question, has the potential to be used as a stop sign to stifle alternative and dissenting viewpoints.

It’s a good question… it’s a great question… but if ever it’s used as a way to retain the status quo and block heartfelt, well-discerned ideas, then it kind of defeats the entire process of examining where the Church is at today.

I’ve heard people mention ideas like priests getting married… or women being ordained… and then heard them talked down or rejected with reference to “formation” and “catechism.”

I’ve heard people suggest we shouldn’t suggest ideas that the Church in Australia isn’t empowered to change without permission from Rome, but surely part of the process should be to pass on to Rome the more common thoughts of Catholic Australians.

The Plenary Council is a process of the Catholic Church. And that’s all Catholics. The whole 100%.

Quo Vadis? Whither goest thou? Where do we go from here?

Having established that the 88.5% are full current members of the Catholic Church, that’s not to say they should just sit back and do nothing.

This is not meant to be a celebration of laziness or a sanctioning of apathy.

It’s crucial to hear from them in the Plenary process, but if they want to really be involved, they need to make a bit of effort.

If any of the 88.5% want to have a say, they should also have a crack.  Do a bit. With rights come responsibilities.

If they aren’t going to Church at all… maybe attend a bit. If they’re going a bit, go weekly. Perhaps get involved in parish activities or community groups.

Using a sporting analogy, that would be like casual bike riders pouring scorn on the Tour de France riders for working harder, making sacrifices and promoting the activities of cycling.

Using a biblical analogy, the 88.5% are the prodigal sons (and daughters)… not because they have been profligate and reckless in their spending but because they are welcome back. But that does not undermine the constant efforts of the committed ones keeping the place going.

In the end, in all organisations, people find different levels of involvement. And fortunately, that’s not a fixed point. It can grow. It can increase. But it starts with a first step.

And if their input comes as a matter of true soul-searching and discernment, it will be part of what God wants of his Church today.

But stop standing on the outside looking in. Step in.