The Archbishop was speaking at the start of his homily during the reopening of Sts Peter and Paul’s historic church in Goulburn.

After a major forty-year renovation and in the year of its 150th anniversary, the doors of the ‘old cathedral’, as it is affectionately known, were again opened to the faithful today.

Archbishop Prowse was the principal celebrant for the Mass and dedication that took place before a packed congregation including local dignitaries, media, clergy from other Christian traditions, and school groups. A packed church gathered for the reopening of Sts Peter and Paul’s historic church in Goulburn.

Concelebrating clergy included the Apostolic Nuncio, Archbishop Charles Balvo, the Maronite Bishop of Australia and New Zealand, Bishop Antoine-Charbel Tarabay, retired bishop of the Archdiocese of Canberra and Goulburn, Bishop Pat Power, and many other Archdiocesan and visiting priests. 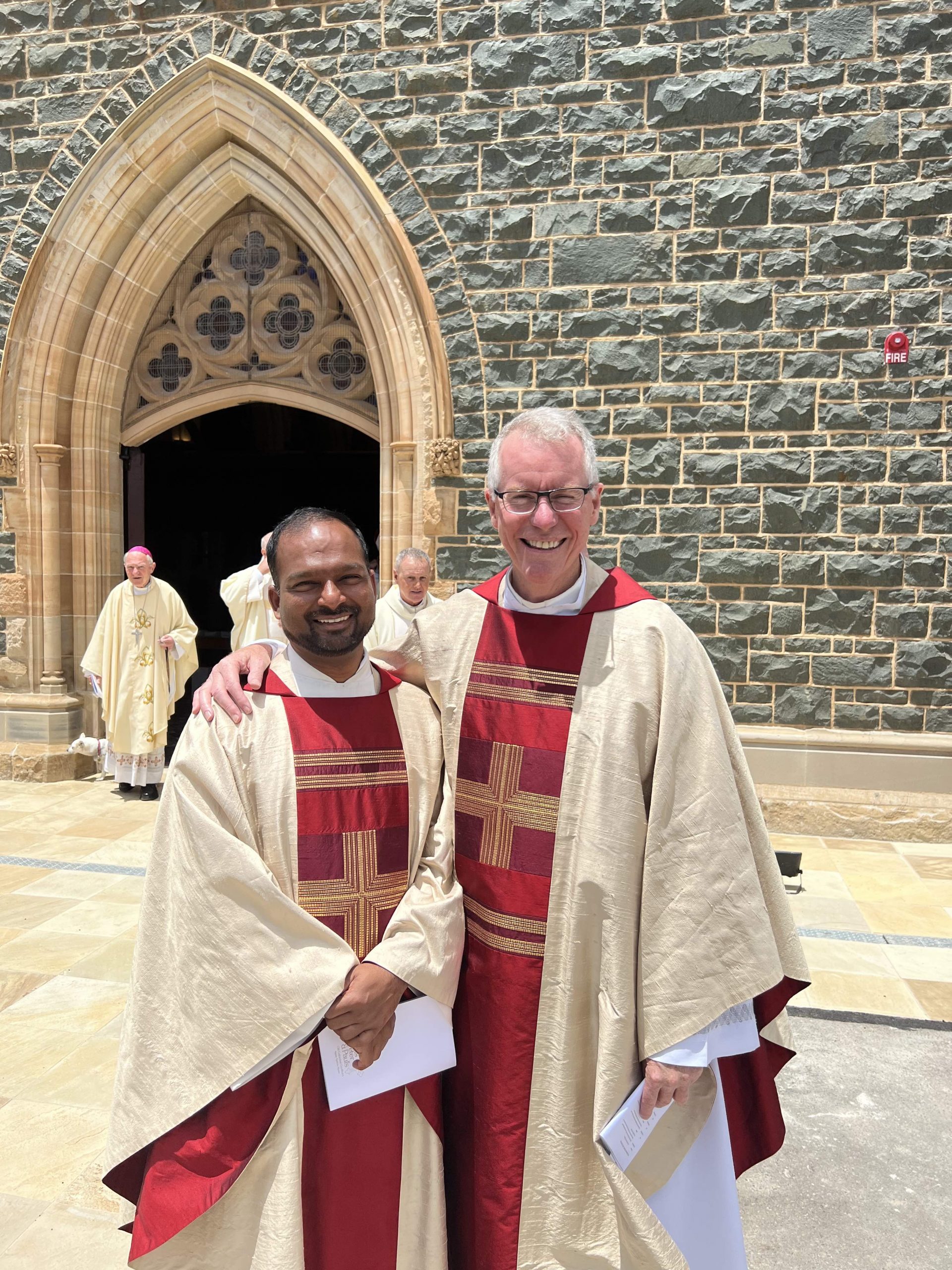 Famed as the world’s only church constructed of “greenstone”, Archbishop Prowse noted that the word “beautiful” was the one most used to describe the “magnificent restoration”.

“May this place and its surrounds become a beautiful pilgrimage centre that attracts pilgrims to Goulburn from far and wide,” he said.

Parish priest Fr Joshy Kurien said his heart was filled with a “profound sense of gratitude” to the many who had contributed to what others have referred to as a “miracle restoration”.

“Today marks an exciting day in the continuing story of this historic church…[that has] housed the faithful for over 150 years [bringing] together family and friends in times of joy and times of grief,” he said.

For 84-year-old Barbara Young, the day had special significance. She’s been coming to Sts Peter and Paul’s since she was a child, accompanying her father, a choirmaster, and her mother, a soloist singer.

Reflecting on the thoughts of many at being present on the church’s historic day, she said, “Oh, it’s wonderful, wonderful”

Full coverage of the Mass for the Re-Opening and Dedication of the new Altar – Sts Peter and Paul’s Goulburn including interviews, photos and opinions will be in the December edition of the Catholic Voice – out next week!

Bishop Pat cuts his Rabittoh's birthday cake Birthdays come and go, but for Bishop Pat Power this was one he thought he might never make.  ... Read More