Married for love, married to faith

The Catholic Church has both transitional (celibate seminarians) and permanent (mostly married) deacons. Nine of the latter play vital roles in many of the communities and parishes of the Archdiocese of Canberra and Goulburn.

To shed a little light on their ministry, the Catholic Voice spoke to three of our longest serving local permanent deacons, Joe Blackwell, Paul Rummery and Mick O’Donnell. 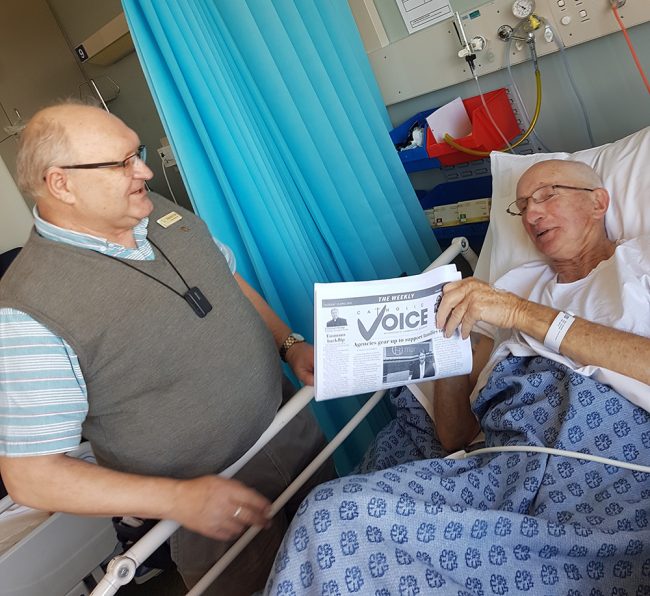 Deacon Joe is known to many as the chaplain to the Canberra Hospital. He’s been married to Wenda for 39 years and they have four children and 2 grandchildren.

He first considered ordained ministry when he was a Methodist and later revisited the calling when he converted to Catholicism in his twenties.

It was responding to a sense God had a role for him that led to him becoming a deacon.

“It’s not you going looking but God calling you,” he said.

He has celebrated 21 years in the diaconate with his ministry taking him to several Canberra and Goulburn parishes, Catholic Mission and Caritas, the Archbishop’s Christmas Appeal, and the usual range of baptisms, weddings, and funerals.

“I have had one of the best ministerial opportunities I could have had,” he said. “I have had a much fulfilled ministry and draw energy from working with people.”

He described his hospital ministry as the “cutting edge” of pastoral care.

“[It’s about] life situations that challenge people, that invite people into joy, heartache or whatever. I find that a privilege”. Much of Deacon Paul’s 20 year ministry is on the NSW south coast where he lives in Tuross with Jo, his wife of 55 years. They have three children and 11 grandchildren.

Like his fellow deacons he’s performed his usual quota of baptisms, weddings and funerals. Marriages and relationships, however, have played an important role in his ministry from 15 years on the Archdiocese’s marriage tribunal.

“One of the advantages of being a married person in the ministry is that you bring that dimension to your work,” he said.

“It has a number of strands to it that the celibate clergy don’t have. It’s not to say that one’s better than the other, it’s just that it’s a different way of looking at it. You bring that understanding to people when you’re dealing with thorny issues like family break-ups.” 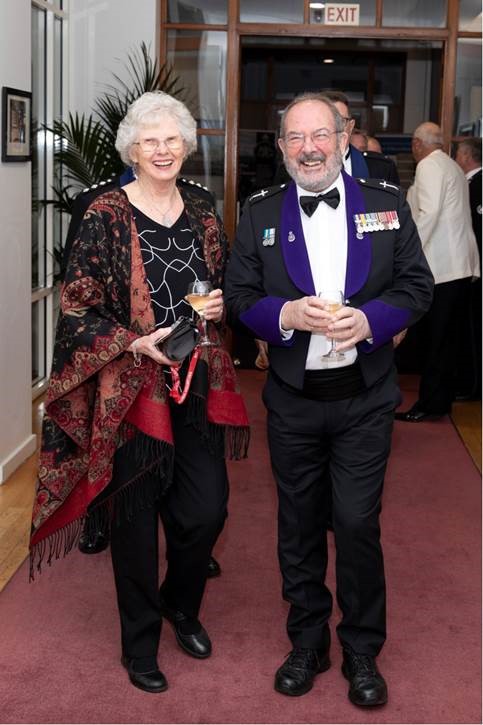 Deacon Mick is a husband and father, grandfather and great grandfather. He’s also our longest serving permanent deacon having recently celebrated thirty years in the ministry.

Married to Cora for 56 years, his calling to the diaconate came through music and their involvement in charismatic renewal.

Since his ordination in 1991, Deacon Mick says he’s been blessed by a variety of appointments and ministries including Parish Administrator at Adelong/Batlow, Director of Catholic Mission and Caritas, Secretary to the Diocesan Pastoral Council, Deacon of St Christopher’s Cathedral, and particularly as International Deployment full-time Chaplain to the Australian Federal Police.

He served with the Royal Australian Navy in the Malaysian conflict and Vietnam War and now, in semi-retirement, is the chaplain to the RSL in Canberra.

He says his faith has strengthened over the course of his ministry.

“I am very close to my scriptures. I know them well. And the interesting thing is, I’m sharing that with my spouse,” he said.

The Catholic Church has two kinds of deacons – transitional and permanent. The former are seminarians who have taken the vow of celibacy in the last stage of their training for the priesthood.

Permanent deacons, in contrast, are men, married or single (mostly married), who have made a formal commitment to ordained ministry without intending to become a priest.

An initiative of the Second Vatican Council, permanent deacons are not substitute priests and are unable to consecrate the Eucharist but can perform many other roles, including baptisms, weddings, and funerals.

Last month saw the inaugural Catholic Leaders Formation Dinner conducted in the Archdiocese of Canberra and Goulburn. With leaders from across the Archdiocese and across ... Read More