Milton heads to the Wollongong Diocese 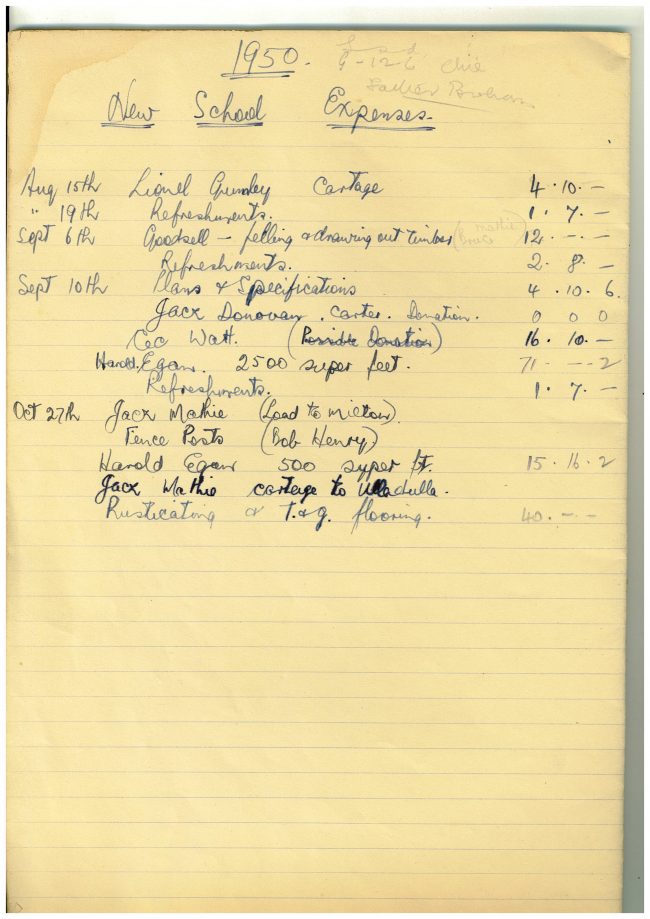 An item in the Diocesan newspaper Our Cathedral Chimes issue for December 1951 referred to the creation of the new Diocese of Wollongong.

While the new diocese, located in the northern regions of the NSW South Coast, was to be mainly made up of territory (and 16 parishes) from the Archdiocese of Sydney, it was also to include 2 parishes – Milton and Moruya – that had until that time been part of the Archdiocese of Canberra and Goulburn. That transfer took place in the early months of 1952.

It is likely readers will know very little of the parish of Milton – or of the 34 years in which it had a presence in our diocese.

The parish of Milton dated from 1890. It comprised the coastal town of that name along with the centres of Ulladulla and Lake Conjola and surrounds, and was, at its formation, within the Archdiocese of Sydney. The parish church was under the patronage of Our Lady, Star of the Sea. Some 28 years later Milton parish was moved to become part of the Diocese of Goulburn. This was as part of the major re-drawing of our diocesan boundaries in 1918 that saw the removal of 15 parochial districts from the west and south-west to create the new diocese of Wagga Wagga, and the addition of 12 parishes from the south coast and Monaro that had been the rural deanery of the Sydney Archdiocese. Milton was the most northerly of the coastal parishes to be transferred. Its location made it remote from other parishes in this diocese, and fairly inaccessible from the seat of the diocese in Goulburn. For the majority of the almost 34 years, it was within the Diocese of Goulburn (including 4 years after the creation of the Archdiocese of Canberra and Goulburn) Milton’s pastor was Father James Cannon. He had come to the parish in 1926 and remained for 24 years until his death in 1950. Born in country Victoria, James Cannon had a late calling to the priesthood, being aged 43 when he was ordained for service in the Diocese of Goulburn in 1919. He had service in the parishes of Young, Bega, Bombala, Boorowa and Cootamundra before appointment as parish priest of Milton.

The sisters of St Joseph of the Sacred Heart (the order of St Mary of the Cross McKillop) had established a school in Milton in 1913, but declining numbers caused it to close with the withdrawal of the sisters in 1927. A concerted local campaign saw the construction of a new primary school that was completed late in 1950 and opened for the 1951 school year. Fr John Brohan, who served as Parish Administrator in 1948–1950, during Fr Cannon’s leave of absence and then his final illness, provided significant leadership in the building of the school. A notebook maintained by Fr Brohan through this period ­ now held by the Archdiocesan Archives – records his costing of building materials and other expenses related to the school’s construction. Press coverage of the school’s blessing and opening in January 1951 refers to the importance of Fr Brohan’s role. The Sisters of St Joseph returned to run the school that opened with 80 pupils.

The Our Cathedral Chimes item noted that as the transfer of Milton to the Diocese of Wollongong took effect in February 1952 its newly appointed parish priest, Fr Gerald Bartley, would also move to the new diocese.

The second parish that was transferred to the new diocese in 1952, Moruya, was returned to the Archdiocese of Canberra and Goulburn in 1976, but as 3 parishes – Batemans Bay, Moruya and Narooma.