THE St Vincent de Paul Society in Australia has welcomed the Federal Government’s decision to release 58 refugees, medically transferred to Australia and held indefinitely in detention centres and hotels in Melbourne. National Council President Claire Victory called on the Government to release about 200 people who are still detained after their arrival for medical treatment.

A PROPOSED law to affirm parents as the primary educators of their children will promote greater transparency in teaching and resist undermining families who want to pass on values and faith, say its supporters who include Sydney Archbishop Anthony Fisher OP. A parliamentary inquiry into the Education Legislation Amendment (Parental Rights) Bill 2020 is seeking submissions through an online survey or in writing. The online survey is at www.surveymonkey.com/r/VSPC2FX 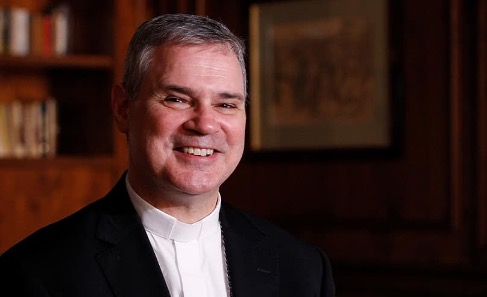 Archbishop Peter A Comensoli is one of those asking for an urgent stay of the Victorian Government’s conversion therapy bill.

FAITH leaders have ramped up their opposition to the Victorian Government’s so-called conversion therapy bill with hundreds signing letters to Premier Daniel Andrews asking for it to be paused or withdrawn. Victoria’s Catholic bishops with the President of the Islamic Council of Victoria wrote an open letter to the Premier seeking an urgent pause.

The Australian Catholic Bishops Conference has called for the Australian Government to move quickly to hold a referendum on an Indigenous Voice to Parliament once ... Read More