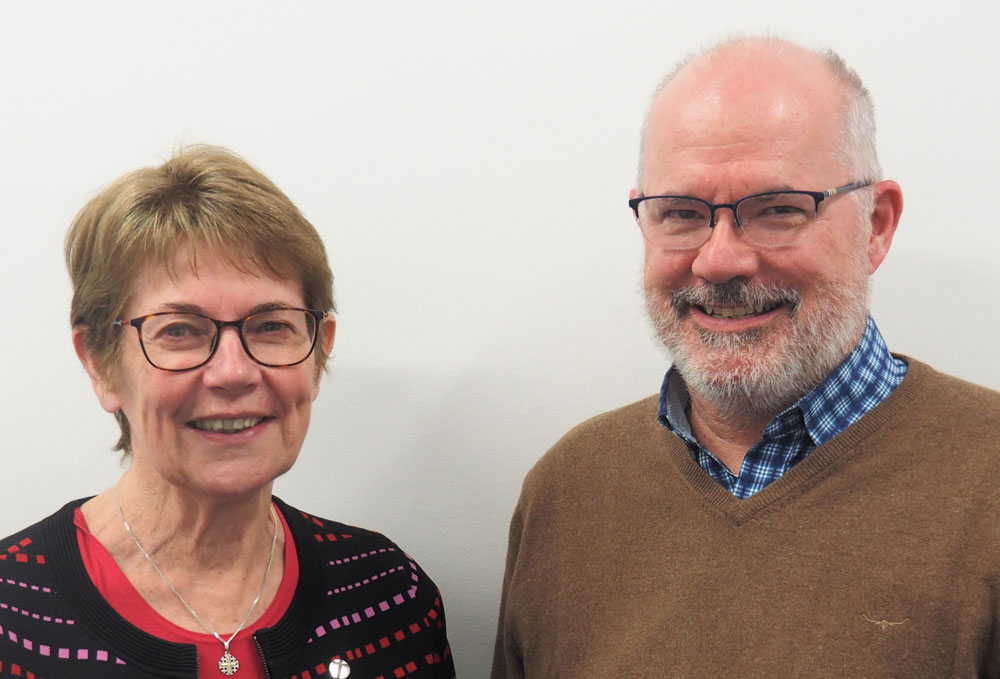 A key moment at the first Catholic Religious Australia (CRA) National Council meeting after the National Assembly was the election of the new Executive: Patty Fawkner SGS as Vice President (VP) and Tom McDonough CP as Executive Member, who join the new President, Peter Carroll FMS, to complete the Executive of CRA Council.

Patty Fawkner, a native of Sydney, is the congregational leader of the Sisters of the Good Samaritan.  Patty has tertiary qualifications in arts, education, theology and spirituality and has had diverse ministries as an educator, Religious Education consultant, Communications Officer, Director of Uniya Jesuit Social Justice Centre, writer and member of the Good Samaritan Council. Patty brings energy, broad experience and a commitment to collaboration to her new role at CRA.

“I’m honoured to be the Vice-President of CRA and look forward to working alongside Peter Carroll, our new President. Religious life in Australia continues to evolve and I’m excited about the prospect of embracing God’s mission in communion with other congregational leaders. My hope is that we can find mutual and inclusive ways of being responsive to the needs of our Church and our world.”

Tom McDonough has been the Provincial Superior of the Passionist Fathers since 2012. Born in Sydney, he studied theology at the Catholic University of Leuven, Belgium and later lectured at Yarra Theological Union for 14 years, followed by various leadership positions. He has worked in parishes in Marrickville, Terrey Hills, and then in Port Moresby, Papua New Guinea. Tom was a member of the Supervisory Group for the Truth Justice and Healing Council and is currently CRA’s representative on Catholic Professional Standards Ltd.

Tom brings history and continuity to his role, having been VP of CRA for the last three years and on the National Council for several more years. Tom is committed to leading the Church to its proper place of being transparent, accountable and loving.

“It gives me great pleasure to continue to serve on the Council’s Executive team and through the work of CRA, to represent leaders in the Australian Church and effect change within the Church and society – change which the people of God are hoping for in a range of areas,” he said.

CRA President, Peter Carroll FMS said, “I’m delighted to be working with Patty and Tom on the Executive. Their faith, special gifts, and commitment to collaborative discernment will help enrich the work of CRA and the life of the Church at this time.”

Adelaide’s Catholic Archbishop, Philip Wilson, has tonight written to the people of the Archdiocese of Adelaide informing them of his resignation. Read More