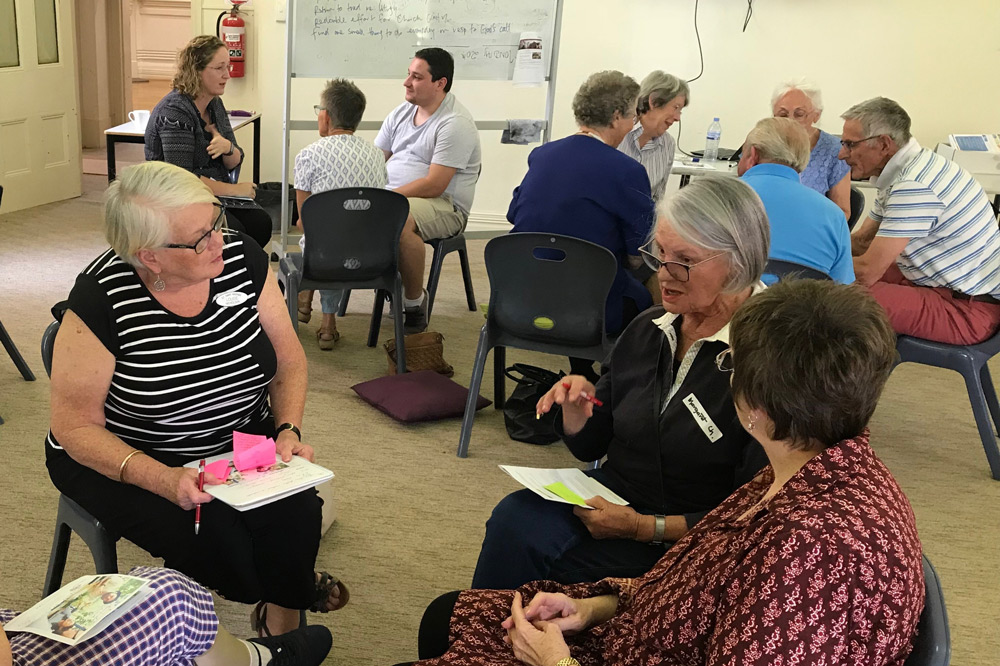 The Plenary Council 2020 received more than 2000 submissions during November, matching the number of responses the landmark process had received in the previous five months combined.

According to the latest figures from the National Centre for Pastoral Research, more than 31,000 people have shared their stories and engaged with the Plenary Council since the Listening and Dialogue stage launched at Pentecost in late May. Most of the 1300 groups, some of several hundred people, to have responded took part in a Listening and Dialogue Encounter, which is grounded in prayer and contemplation.

“While the sheer number of people demonstrating their interest in the future of the Catholic Church is impressive, we’re really pleased to see new groups of people participating as we prepare for the final three months of Listening and Dialogue,” said Lana Turvey-Collins, the Plenary Council facilitator.

“Hundreds of school students in the Diocese of Wollongong gathered in separate locations last month, significantly increasing the number of people under the age of 18 who have considered the question ‘What do you think God is asking of us in Australia at this time?’

“We can also see that chaplains have been connecting with people in prison, various Catholic ministries are inviting people in their network to share their stories and parish and diocesan groups continue to host conversations.”

Trudy Dantis, director of the National Centre for Pastoral Research, said a team of skilled researchers is working hard to keep up with the influx of submissions, which will provide the foundations for shaping the agenda for the Plenary Council sessions in 2020 and 2021.

“A Plenary Council is much more than just a survey or a research project,” Dr Dantis said.

“Our scientific rigour will be accompanied by ongoing spiritual discernment to ensure that the integrity of the information provided to the Council accurately reflects the voices of the people who have contributed to the process.”

Listening and Dialogue sessions to end on Ash Wednesday

Ms Turvey-Collins said while the Listening and Dialogue process will officially come to a close on Ash Wednesday (March 6), the fruits of this period of engagement are likely to last much longer.

“This Plenary Council process is already changing the way people from all parts of the Catholic Church, and even outside it, engage with their faith, their values, their beliefs, their experiences and their stories,” she said.

“The practice of dialogue will continue during the next phase – Dialogue and Discernment – in the second half of 2019, when the themes that emerge from this first stage are discussed, contemplated on and prayed about. All people are called to this next stage of discernment.

“What we’ve seen is that this process is most fruitful when time is given for prayer and silent reflection before we speak aloud. To truly listen to what the Spirit is saying, we must first invite the Spirit into our hearts and minds.”

The Sisters of the Congregation of Mary Queen of Peace established a religious house in the Archdiocese of Canberra and Goulburn in 2012 and this ... Read More