Renzo Allegri, the author of the biography “Man of Hope,” visited the Italian saint a year before he died in 1968. He said Pio’s suffering was difficult to witness, but the experience emphasized the saint’s silent strength.

“It was hard for me to watch him walking in the sacristy or the corridors of the monastery, bent over, dragging his swollen feet, and holding on to the walls so that he would not fall down,” wrote Allegri.

“His suffering was tremendous, but he bore it without complaining as he continued to give himself to those who needed him. When he would lift his head and look around, his big eyes looked like they were burning, not from pain but from a goodness that he could not contain.”

Allegri said that during his stay at San Giovanni Rotondo in 1967, he was able to speak with Pio twice. He said he witnessed an “extraordinary moral strength that emanated from [Pio’s] whole being.”

Following the saint’s death, Allegri wrote a long newspaper piece on Pio’s life and works. During his research, the journalist was given thousands of unpublished documents regarding the saint’s hardships.

“I discovered something about Padre Pio that few people knew: he had endured incredibly enormous suffering throughout his life, consisting of more persecution, humiliation, accusations, slanders, trials, and condemnations than one can imagine,” he said.

He said many people will focus on Pio’s intense life of penance and characterize him as a dark and medieval. However, he said the saint is better labeled as “a man of hope.”

“Throughout his life, in the midst of the most difficult trials, he always looked to the future with a spirit of optimism, faith, and love,” said Allegri.

The saint was born in 1887 to farmers Grazio Mario Forgione and Maria Giuseppa Di Nunzio. During his childhood, Pio was known for his zealous spirituality, and, when he was 15, he entered the novitiate of the Capuchin Franciscan Friars in Morcone.

World War I broke out in 1914 and Pio was drafted into the 10th Company of the Italian Medical Corps. He was released shortly thereafter due to medical reasons. In 1916, he moved to the Lady of Grace Capuchin Friary located in San Giovanni Rotondo.

Many miracles and extraordinary sufferings have been attributed to Pio’s life. Beside experiencing bilocation and levitation, he also had the stigmata – a miraculous exhibition of the wounds of Christ – and underwent physical attacks from the devil.

In his recent reflection, Allegri pointed to the words of Cardinal Giuseppe Siri, archbishop emeritus of Genoa, who highlighted Christ’s redemptive suffering as essential to the faith. In times when this is misunderstood, Siri said God will send men like Padre Pio.

“With the stigmata which he bore throughout his life and with the other physical and moral sufferings he endured, Padre Pio calls our attention to the body of Christ as a means of salvation,” Siri told Allegri in an interview for “Man with Hope.”

“In our time the temptation to forget about the reality of the body of Christ is enormous. And God has sent us this man with the task of calling us back to the truth.” 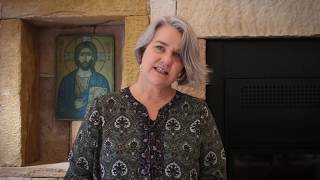 https://youtu.be/RgNz2u6Diyc I’d like to focus today on what it meant for Jesus’ humanity that he was raised from the dead, resurrected.  And what does it ... Read More

NEWER POSTFAITH AND LIGHT – celebrating the gifts of people with intellectual disability
OLDER POSTThe unborn child is a person with the right to an identity, say bishops of Panama