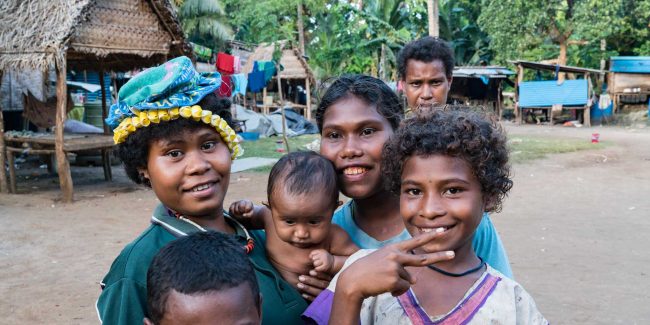 Seven representatives from the Catholic community in Australia have returned from a visit to Papua New Guinea (PNG) to listen, pray and express solidarity with people seeking asylum and refugees and gain a better understanding of the human experience and complexities of the situation.

The group has affirmed the need for the Medevac provision as part of a bill that will be debated in Federal Parliament over the coming days, and called on the Federal Government to accept New Zealand’s, or any other safe and secure country’s offer to secure the future of these individuals who are now either considered refugees, or migrants in a vulnerable situation.

Bishop Vincent Long OFM Conv, Chairman of the Australian Catholic Bishops Conference Commission for Social Justice – Mission and Service and Bishop of Parramatta, says that the Catholic Church in PNG has been active in supporting refugees and people seeking asylum, both on Manus Island and in Port Moresby, where the majority of individuals now reside.

“The Catholic Church in Australia and PNG have both previously called for a durable solution for those who have been taken by the Australian Government to PNG for processing. Our visit has affirmed the necessity and urgency of finding this solution for all cohorts,” he says.

Carolina Gottardo, Co-convenor of the Catholic Alliance for People Seeking Asylum (CAPSA) and Director of Jesuit Refugee Service (JRS Australia), says the situation around the Bomana Immigration Detention Centre, where asylum seekers have been transferred from Manus Island, was highly alarming.

“We were told that many men indefinitely detained in Bomana were experiencing conditions equivalent to torture – including not getting basic food and losing weight, being unable to contact family members and having no access to medication, legal advice or visitors,” she says.

“These men need to be out of Bomana as a matter of urgency. They should be allowed to resume their lives, have access to safety, to appropriate healthcare and to complementary pathways.”

Josh Lourensz, National Coordinator of CAPSA, which is jointly convened by Jesuit Social Services and Jesuit Refugee Service (JRS Australia), says the visit was an opportunity to see the situation in PNG first-hand.

“Among the people we met with were individuals being treated in the hospital in Port Moresby who were visibly unwell. A number of men who the group met with had been approved for medical transfer, but have not yet been transferred, to Australia. In some circumstances the men had been waiting for months.

“This highlights not only the importance of Australia retaining the Medevac provision but also the need for the timely evacuation of those people who have been approved through the process,” he says.

Mr Lourensz says the group also met with young families placed in vulnerable situations, including men who had been approved to travel to Australia for medical treatment under Medevac provisions but who were not permitted to travel with their families. The group also met with men who were unable to resettle in the US with their families under the current Australia-United States Resettlement Arrangement.

“Because some of the men who have been approved for resettlement under this arrangement have spouses and children in PNG, they have been unable to take up these offers. This decision between a secure future and the breaking apart of families is not a viable option. We call on the Australian Government to determine timely, secure resettlement options for these families.”

Fr Peter Smith, Promoter of Justice and Peace from the Catholic Archdiocese of Sydney, says the group urges the Federal Government to take up New Zealand’s offer to resettle 150 refugees.

“We met with a number of men who have been determined as refugees but do not have secure futures – this could be resolved by Australia working with the NZ Government for a solution,” he says.

“We met with individuals who were accepted by the USA and Canada, through private sponsorship, for resettlement. The joyful difference in the demeanour of these people to the others who have no secure future at this stage was striking.

“There are not many people left from this cohort in PNG and Nauru, and the difference safe, secure pathways could make at this point for them would be profound.”