Polish priest in stable condition after being stabbed before Mass 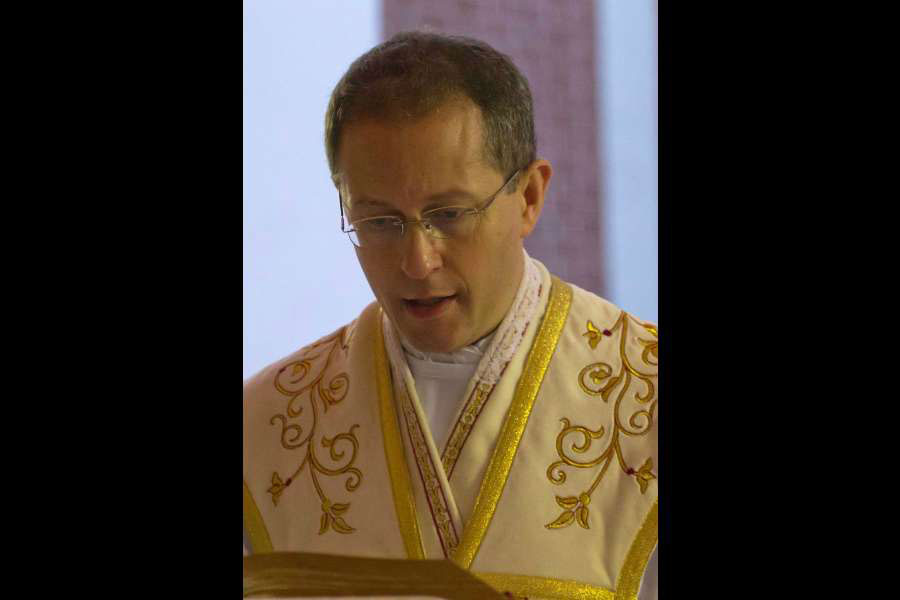 WROCŁAW, POLAND: A Catholic priest in Wrocław is in stable condition after reportedly being stabbed before morning Mass on Monday, Polish sources are reporting.

A spokesperson with University Clinical Hospital in Wrocław told the Polish press agency PAP that the priest, Fr. Ireneusz Bakalarczyk, was recovering well from surgery that treated internal injuries in his chest and abdomen that he reportedly sustained during the June 10 stabbing.

Fr. Bakalarczyk was on his was to celebrate Mass at the church of the Blessed Virgin Mary on the Sand, in the city center of Wrocław, when a 57 year-old man approached him and started a conversation about the sex abuse scandals in the Catholic Church, before allegedly pulling out a knife and stabbing the priest in the chest and abdomen, according to local news channel TVP Info.

Łukasz Dutkowiak, a spokesperson for the local police, told PAP that the attacker was detained by witnesses immediately after the incident until the police arrived.

Rafal Kowalski, a spokesperson for the Archdiocese of Wrocław, told PAP that he could not confirm whether the homeless man actually spoke to the priest before attacking him. He added that the alleged stabbing did not seem to be motivated by a personal grievance against Bakalarczyk, and that the attacker seemed to have been willing to attack any “man in a cassock.”

The attacker is in custody, and charges will be brought against him Tuesday, officials told PAP.

Last month’s release of a documentary on clergy sex abuse in Poland had prompted a national conversation in Poland. The film presents allegations that abusive priests were shifted between parishes, and shows people confronting elderly priests alleged to have abused them as children.

The nation’s bishops are speaking out against sexual abuse, pledging to continue to “eliminate factors conducive to crime” as well as to adopt a more sensitive attitude toward victims than in the past.

A study commissioned by the Polish bishops’ conference and released in March revealed nearly 400 Polish priests were accused of sexual abuse of more than 600 people from 1990 until 2018. Just over half of reported victims were under the age of 15. Archbishop Stanislaw Gadecki of Poznan, president of the Polish bishops’ conference, called the report’s findings “tragic.”

In a May 22 letter, the Polish bishops urged: “Let us not let the good, that is done in the Church through their ministry, be obscured by the sins of particular persons.”

“On the principle of collective responsibility, let us not also convey the guilt of particular people in cassocks to all priests. These people committed these acts and they should be punished for their actions. Let us support in these difficult times the priests who work with sacrifice so that they don’t lose their enthusiasm and receive encouragement from the lay faithful.”

Today we had a slower day, opting to have catechesis and mass as a group in the hotel. Read More