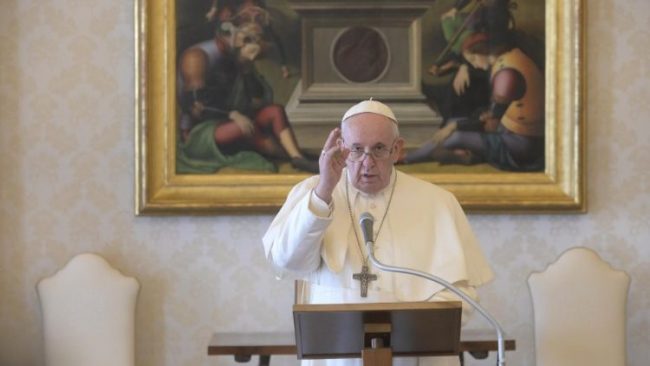 Pope Francis has thanked the priests who are being creative to be close to their people.

The Holy Father during his midday Angelus address, given privately from his papal library and streamed worldwide on Vatican media, gave these words of thanks.

The Holy Father thanked priests for all they are doing to keep the faith alive, especially those in the northern region of Lombardy, which has been hit very badly by the coronavirus epidemic.

He thanked them for their ‘creativity.’

“So much news arrives to me from Lombardy about this creativity,” Francis said, noting how true it is that the region was so badly struck by the virus’ spread.

“Priests [there] who think,” the Pope reflected, “of a thousand ways to be close to the people, in order that the people do not feel abandoned; priests with apostolic zeal, that understood well that in times of a pandemic, one should not be ‘Don Abbondio,’ (a timid character in the Italian work of literature ‘Promessi Sposi.’)

“Thanks to all of you priests,” he said.