Pope establishes World Day for Grandparents and the Elderly 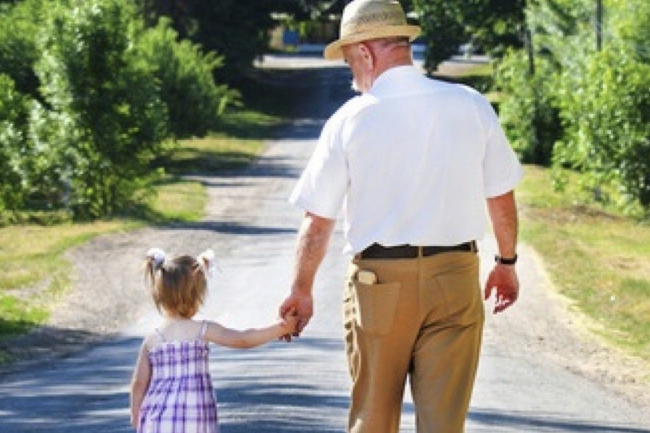 Pope Francis has decided to institute a Church-wide celebration of a World Day for Grandparents and the Elderly. Starting this year, it will be held on the fourth Sunday of July, close to the liturgical memorial of Saints Joachim and Anne, the grandparents of Jesus.

Following the Angelus on Sunday, Pope Francis announced the institution of World Day for Grandparents and the Elderly, which will take place each year on the fourth Sunday in July, close to the feast of Sts Joachim and Anne, the grandparents of Jesus.

Recalling the upcoming feast of the Presentation of Jesus in the Temple – when the elderly Simeon and Anna encountered the child Jesus and recognized Him as the Messiah – Pope Francis said, “the Holy Spirit even today stirs up thoughts and words of wisdom in the elderly.” The voice of the elderly “is precious,” he said, “because it sings the praises of God and preserves the roots of the peoples.”

The elderly, he continued, “remind us that old age is a gift and that grandparents are the link between the different generation, to pass on to the young the experience of life.”

The Holy Father said he instituted the World Day of Grandparents and the Elderly because “grandparents are often forgotten, and we forget this wealth of preserving roots and passing on” what the elderly have received.

In a press release following the announcement, Cardinal Kevin Farrell, Prefect of the Dicastery for Laity, Family and Life, the establishment of the Day of Grandparents and the Elderly “is the first fruits of the Amoris Laetitia Family Year, a gift to the whole Church that is destined to continue into the future.”

He added, “The pastoral care of the elderly is a priority that can no longer be postponed by any Christian community. In the encyclical Fratelli tutti, the Holy Father reminds us that no one is saved alone. With this in mind, we must treasure the spiritual and human wealth that has been handed down from generation to generation.”

Within the Dicastery for Laity, Family and Life, Vittorio Scelzo is involved with the pastoral care of the elderly. He notes that the celebration of the World Day for Grandparents and the Elderly is connected to the Days established by Pope Francis for the Word of God and for the Poor. In an interview with Vatican News, Scelzo emphasized that “the poor, the Bible and the elderly” are “three priorities” of Pope Francis’ pontificate, priorities that are destined “to mark the future of the Church.”

It is necessary to bridge the gap between the elderly and younger generations, Scelzo said, adding,  He noted that intergenerational dialogue is essential: “In order to come out of the crisis better and not worse, every society needs to come to terms with its roots and develop a new synthesis of its values, starting also from dialogue with the elderly.”