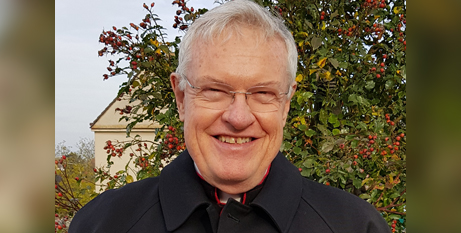 Pope Francis has announced that American Archbishop Charles Balvo, a veteran of the Vatican’s diplomatic service for more than 30 years, will serve as the next Apostolic Nuncio to Australia.

Archbishop Balvo, currently the Vatican’s ambassador to the Czech Republic, was born in New York City and was ordained a priest of the Archdiocese of New York in 1976.

After serving in apostolic nunciatures in South America, Africa, Europe and the Middle East, Archbishop Balvo was appointed Apostolic Nuncio to New Zealand and several Pacific Island nations in 2005. He was also Apostolic Delegate to the Pacific Ocean.

In 2013, he was named Apostolic Nuncio to Kenya and took on responsibility for South Sudan after the country was established. While posted in Kenya, Archbishop Balvo also served as Permanent Observer to the United Nations Environment Program and Human Settlements Program.

He has been in the Czech Republic since 2018.

“Archbishop Balvo is no stranger to the Antipodes, having served as Nuncio in New Zealand and the Pacific – and I myself came to know him at that time,” Archbishop Coleridge said.

“But he returns to this part of the world enriched by his service as Nuncio in Africa and Europe.”

Archbishop Coleridge said Archbishop Balvo “comes to us at a complex and challenging time in the Church and in Australia”.

“But his combination of gifts and experience will equip him well for all that lies ahead,” he said.

“The bishops look forward to working with him closely as together we face decisions about the future of the Church in this country and beyond.”

What is the most common name for a Catholic school in NSW?

Just what is the most common name for a Catholic school in NSW do you think? Read More