Starting school at St Thomas More in Campbell, Liam later joined Daramalan College in Dickson. In 2005 in Year 12 Liam, other students and teachers from Daramalan went on a mission visit to sister schools in Timor Leste.  Then in 2011, shortly after completing an Environmental Science and Finance degree at the Australian National University (ANU) Liam moved to Germany to race as a triathlete.  He spent the next 7 years living in Europe racing with teams – swimming, cycling and running his way through many of the Italian, French and German circuits.

It was on a fateful day in 2013 when Liam was training at the Hildesheim pool for an upcoming race that he spotted the talented young German swimmer, Janin Kassner.

And the rest is history…well, a somewhat modern romance ensued which included a long-distance relationship, international study and many travelling, hiking, trekking, and cycling adventures.  And then, on a mountain top during a hike in the South Island of New Zealand on New Year’s Day 2019, Liam proposed! 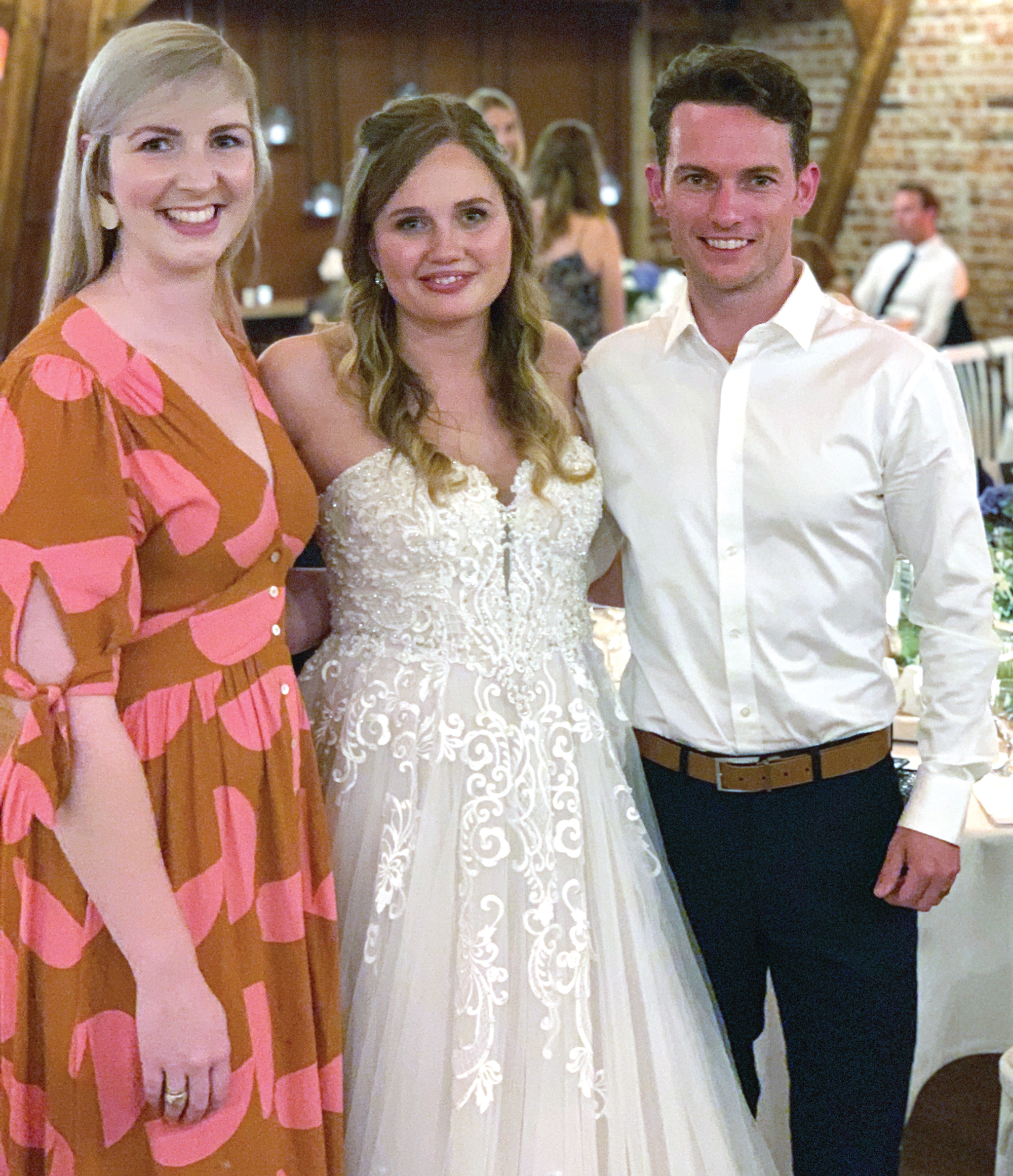 Verity Dunn with Liam and Janin

The couple will live in Auckland where Liam now works as an Environmental Scientist at Watercare – regularly on the local and national media educating the public on environmental issues.  Although Liam no longer competes professionally, they will maintain their active lifestyle.

Liam is the kind of character who will refuse to buy a second shirt if he already has one on his back, but would call you out of the blue for an old chin wag about life, politics and the environment – a rare thing for a young man of this generation. As his parents said in their wedding speech, “Anyone with similar energy for life who can get Liam to the train station with a ticket, more than a minute to spare before departure is a great fit in our books!” Liam Templeton in Germany racing in a triathlon

Uncomfortable with all of the attention, Georgia Andrighetto is a deserving recipient of the Fred Hollows Humanitarian Award. Read More