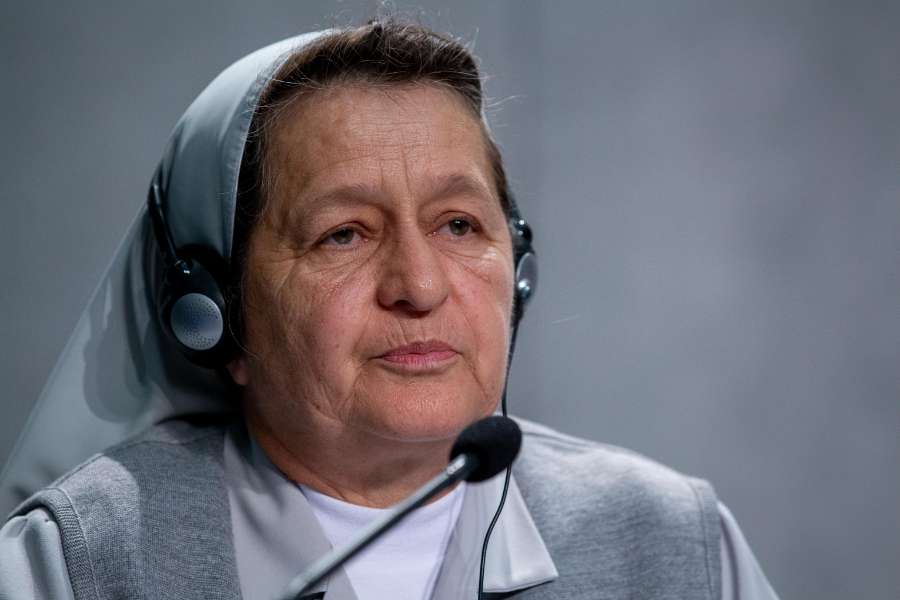 Vatican City, Oct 7, 2019 / 10:31 am (CNA) – A religious sister from Colombia taking part in the Amazon synod said Monday her congregation and other women’s religious congregations play a big role in the life of the Catholic Church in the Amazon.

“The presence of women in the Amazon is very great and very fertile. I do think we are very important as women, as far as our presence in the Amazonian forest,” Sr. Alba Teresa Cediel Castillo of the Missionary Sisters of Mary Immaculate and Saint Catherine of Siena told journalists at a press briefing Oct. 7.

She said that because there are so few priests and bishops in the Amazon, they have to spend a lot of time moving around from place to place to minister to the different communities, but women religious are able to be a more stable presence, contributing to things such as education, healthcare, and development projects.

“What do we do? Well, everything that a woman can do,” Cediel said, explaining that when priests are not available, sisters from her congregation will perform baptisms. She also said that though they are not able to hear sacramental confessions and give absolution, the sisters do their best to “listen to the hearts” of the people they serve. “We accompany [people] when priests cannot be there,” she said.

Cediel also mentioned overseeing marriages, though she did not clarify exactly what she meant by that. According to Latin rite canon law, a couple may validly and licitly exchange consent before other witnesses when there is no possibility, and will not be for a very long time, of exchanging consent before a priest or deacon.

The sister said her congregation and others in the Amazon were very involved in the pre-synodal process and in giving feedback for the creation of the working document, or instrumentum laboris.

Since Pope Francis announced the Amazon synod in 2017, she said they “started working at all levels” to listen to the indigenous people in the communities they serve and to relay this information to the Synod of Bishops.

She said she has high expectations and “infinite hope” for the Amazon synod. “We are a part of this process. Where we work, we have already had significant experiences working with these people and their living environment.”

Contributing to the instrumentum laboris “was an experience that enriched us,” she said.

Cediel noted the richness of the Amazon, saying before it was a “hidden garden,” but now it is under everyone’s eyes. She lamented that people now pay attention to the Amazon not to see the people who live there, but “to understand how they can grab all this richness.”

Shroud of Turin: the devil in the details?

Russ Breault is not one for conspiracy theories, espe­cially when it comes to the most famous empty tomb in history. “Some people say Jesus woke ... Read More