Religious freedom and the freedom to teach doctrine 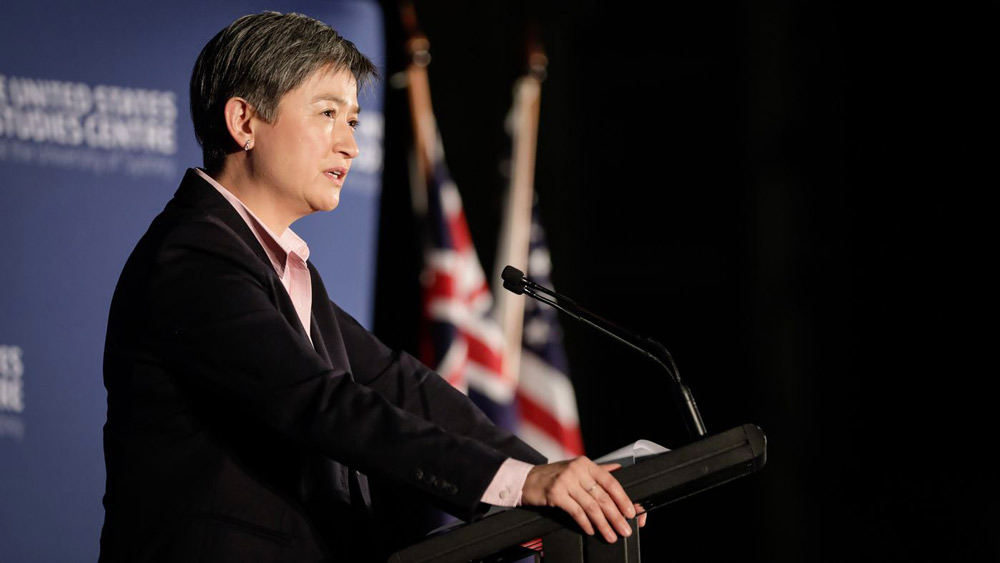 When Parliament resumes next month, one outstanding item of business will be Senator Penny Wong’s private member’s bill dealing with religious schools and their capacity to ‘discriminate’ against students on the basis of gender identity or sexual orientation. Next Monday is the last day for the receipt of submissions to the parliamentary committee considering the bill.

I support Wong’s bill subject to one proviso. I agree with her that religious schools should not be able to discriminate against students on the basis of their sexual orientation or gender identity. But I think religious schools should remain free to teach their doctrine respectfully and reasonably. And the law should make that perfectly clear. We all need to concede that some religious teachings can be confronting and upsetting. But it is not for the state to rewrite the Bible or Koran.

A Christian school must be guaranteed the freedom to teach what Jesus taught, respectfully, reasonably and counter-culturally — respectfully because the dignity of all persons must be affirmed, reasonably because a school has a fundamental educational purpose, and counter-culturally because many of the things Jesus taught will never appear in the political manifestos of the Liberal Party or the Labor Party.

First, I will set out some background. I was a member of the expert panel chaired by Philip Ruddock. Our report was presented to the Turnbull government in May 2018. It was released finally by the Morrison government just before Christmas.

As an expert panel, we realised that we held a variety of religious, political and social views. One day at hearings, Ruddock jested with a group appearing before us, saying, ‘You have to learn to compromise in life. For a long time, Fr Brennan refused even to speak to me.’ I do admit that he and I had significant differences of opinion when he was John Howard’s Minister for Immigration. I am a supporter of a human rights act. Fellow panel member Professor Nicholas Aroney is an opponent of a human rights act. Despite those sorts of differences, we all worked hard and well to reach unanimity on the legal and policy issues before us.

As an expert panel, we noted that four of the nine Australian jurisdictions (including the Commonwealth) allowed religious schools to discriminate against students on the basis of their gender identity or sexual orientation; four did not; and then Tasmania allowed discrimination against new applicants but not against existing students at a school. Not being elected politicians, we did not see it as our role to propose major policy changes, but rather to recommend legislative changes which could be expected to win broad rational support across the political spectrum, honouring the principles of federal-state relations. We noted in our report:

‘To the extent that some jurisdictions do not currently allow religious schools to discriminate against students on the basis of sexual orientation, gender identity and gender characteristics, the panel sees no need to introduce such provisions. Very few religious schools or organisations submitted that this was necessary. To the extent, however, that certain jurisdictions, including the Commonwealth, do allow this type of discrimination, the panel believes the exceptions should be limited by the requirement that the discrimination be in accordance with a published policy which is grounded in the religious doctrines of the school.’

We then went on to set out a list of restrictions which culminated in a recommendation that discrimination be possible only if it were consistent with the school’s religious tenets, set out in a published policy, in the best interests of the child, and applicable only to prospective students. We thought it would be all but impossible for any school to jump all those hoops. But if they could, so be it.

In part, we took this cautious approach because it was Labor as recently as 2013 that introduced the amendment to section 38(3) of the Sex Discrimination Act omitting ‘marital status’, and substituting ‘sexual orientation, gender identity, marital or relationship status’ in relation to the provision of education services. When introducing the Sex Discrimination Amendment (Sexual Orientation, Gender Identity and Intersex Status) Bill 2013, the Labor Attorney General Mark Dreyfus told Parliament:

‘The introduction of the grounds of sexual orientation, gender identity and intersex status into the Sex Discrimination Act, in conjunction with the existing complaints provisions of the Australian Human Rights Commission Act 1986, will provide a complaints mechanism for people who consider they have been discriminated against on these bases. The Australian Human Rights Commission will be able to investigate and attempt to conciliate such complaints. The bill also amends existing exemptions as appropriate to reflect the new grounds. This includes exemptions for religious bodies in relation to employment and the provision of education that have been in place for many years. These exemptions will continue under this bill and encompass the new grounds.’

When speaking on this bill in the Senate, Senator Louise Pratt, a long time campaigner for gay rights, said: ‘I also think that we need to engage with the philosophical and legal framework behind the way we integrate existing acts together. I hope that the consolidation is something that will happen in the future, and I am assured that it is something that the government remains committed to. As part of this, I do believe we should be considering whether people who hold religious beliefs also need protection from discrimination. I also believe we need to tighten up on religious exemptions.’ The Ruddock Committee did both. We recommended a Religious Discrimination Act and we recommended a tightening of the religious exemptions in the Sex Discrimination Act.

Senator Penny Wright for the Greens unsuccessfully moved that ‘this Bill’s preservation of sections 37 and 38 of the Sex Discrimination Act 1984, and indeed its extension of these exemptions for religious bodies to discriminate on the grounds of newly protected attributes, represents another missed opportunity’. What the Greens were proposing in 2013 as a voice in the wilderness has now become the received wisdom in our Parliament less than six years later.

During the Wentworth by-election, both sides of politics committed to getting rid of any special exemption for religious schools being able to discriminate against students on the basis of their sexual orientation or gender identity. Penny Wong’s bill now attempts to do that.

Second, I will propose a way forward. The Ruddock committee did not want religious schools discriminating adversely against kids. But at the same time, we wanted religious schools to be able to teach their doctrine reasonably and respectfully. And we wanted religious schools within reason to be able to constitute their own faith environment just as a political party creates its own political environment — by employing staff and attracting volunteers who get the message and want to proclaim it and enact it. Just as the Greens ought not be required to employ a coal merchant, a Christian school ought not be required to employ an anti-Christian activist. We did not think you should be able to sack a teacher just because they entered into a same sex marriage.

As I read Wong, she wants much the same thing. In her second reading speech, Wong said: ‘Labor wants to be clear — nothing in this bill would compromise the ability of churches to continue to uphold their religious teachings, whether in the classroom or through the enforcement of school rules. The Sex Discrimination Actprotects that right. And I emphasise that this bill would not affect the operation of the indirect discrimination provisions in the Sex Discrimination Act, which would continue to protect the ability of faith-based educational institutions to impose reasonable conditions, requirements or practices on students in accordance with the doctrines, tenets, beliefs or teachings of a particular religious or creed.’

Labor’s Jacinta Collins backed up Wong with the affirmation, ‘We believe that our amendments, and our statements in the explanatory memorandum, respond to much of what the religious community has raised in relation to moving forward, with regards to students. We are open to addressing any outstanding matters as we move forward with other matters around discrimination, but, most importantly, the Labor Party is keen to progress the issues around a positive affirmation of religious freedom.’

I think this objective can be readily achieved by adding a new clause to section 21 of the Sex Discrimination Act:

It is no detriment to a student for an educational authority to engage in teaching activity if that activity:

teaching activity means any kind of instruction of a student by a person employed or otherwise engaged by an educational authority.

These are Labor’s very words. So why not put them in Penny Wong’s bill? When Parliament returns, let’s get it done promptly, reasonably and respectfully.

Originally published as Religious Freedom in Schools on Eureka Street website, and reproduced here with their kind permission.

The Home and School Relationship

YOU don’t have to look too far in the media to read articles, stories and reports about violence and bullying in schools aimed at teachers ... Read More