Restrictions eased on places of worship in NSW 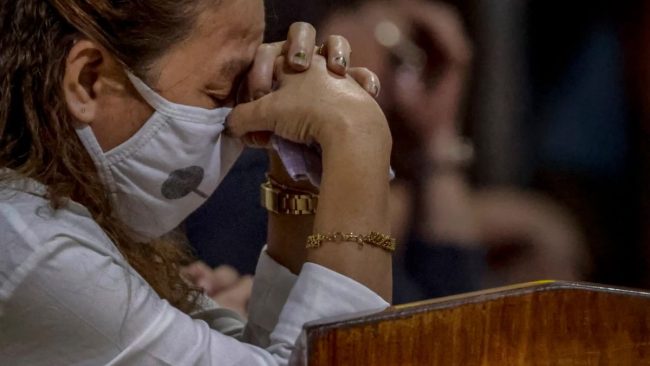 The Catholic Archbishop of Sydney, Most Rev. Anthony Fisher OP has thanked the tens of thousands of people across New South Wales who signed a petition asking the State Government to scrap unfair COVID-19 restrictions on churches.

From 1 June, up to 50 people will be allowed to attend Mass or private prayer in a church – in line with clubs, restaurants, pubs and other venues. Archbishop Fisher welcomed the government’s decision, saying that he was pleased the government had listened to reasonable pleas from tens of thousands of people of faith across the state.

“The closure of our churches and indeed of all places of worship has been deeply distressing for many people of faith in our community,”

Archbishop Fisher said. “It added to the isolation and anxiety that so many were feeling. With restrictions easing, many were concerned that the churches were being left behind, and wanted to make their voices heard. “People of faith weren’t asking for special treatment, but wanted to be treated equally.

“I am grateful that so many in our community took the time to sign the petition expressing their desire to return to church, and I look forward to welcoming them back in greater numbers from Monday.

“We know that people cling to their faith in difficult times, and I am grateful that they will have this opportunity to find hope and solace in their place of worship. “We will continue to abide by government health directives, and continue to pray for an end to the pandemic and all those affected by it.”

Over 2,000 Archdiocese of Canberra & Goulburn Catholic Education staff attended the system day on Monday at Canberra Convention Centre Catholic education was in the ... Read More