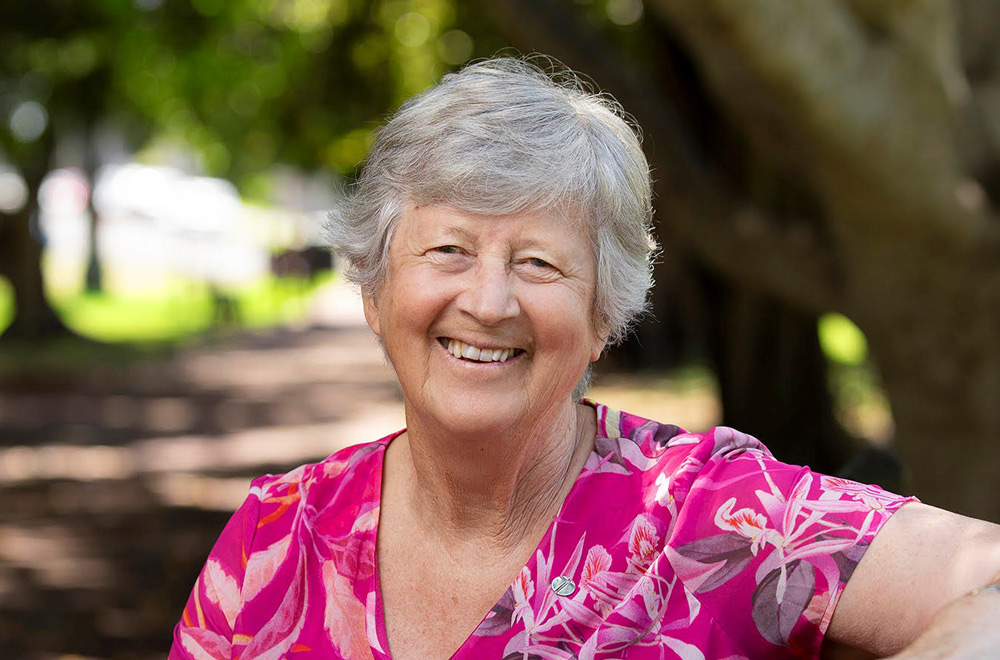 Dozens of people have been honoured with Australia Day Awards for their outstanding contribution to the country through their work in the Church’s various ministries.

Among the many recognised for their dedication to community were Catholic teachers, priests, religious women, health care workers and social service workers.

Speaking from Darwin on Sunday, Bishop Emeritus Eugene Hurley, who led the Dioceses of Port Pirie and Darwin, said he was surprised and “a bit overwhelmed” when told he would be made a Member of the Order of Australia, receiving an “AM” post-nominal.

Bishop Hurley said he had received an enormous number of congratulatory calls and was “humbled by the experience”.

“While it’s an enormous honour, it is really an honour to all the people I have worked with over the last 54 years; it really belongs to all those people,” he said.

“It’s been an enormous privilege to have walked with people from different backgrounds and so many cultures. I’ve learnt so much about myself.

“It seems to me that over time we can maybe get to know the face and maybe know the name, but I think until we know the story we never know the other person. And that’s been a great privilege of mine – to have shared so many stories of people’s lives, from asylum-seekers to refugees to people in prison and to our Indigenous brothers and sisters, as well as all the families that I have been privileged to have been a part of.”

Bishop Hurley was ordained a priest in 1964 and was a bishop for 20 years until his retirement last year. He spent the past 11 years as Bishop of Darwin and has “retired” to Darwin where he is assisting his successor, Bishop Charles Gauci, as he settles into his role.

“It’s terrific with the new Bishop. We are working together and it is a really lovely way to transition for him and me,” he said.

In New South Wales, Fr Kevin Bates SM, parish priest of Hunters Hill, has been recognised for his prolific creation of musical works, as a hymn- and school-song-writer for Australian parishes, schools and retreats.

The Holy Name of Mary parish priest for the past 11 years said receiving the letter announcing he was to receive a Medal of the Order of Australia (OAM) for his service to the Church had been a huge surprise leaving him “astonished and honoured”.

“I had no idea; it’s something that I would not have expected at all. The letter asked if I would accept or reject it, and given all the bad press that we are getting in the Church and all the tough times, I thought by accepting it, it might bring people a little bit of joy and lift their spirits.”

Originally from Geelong, Fr Bates said upon officially hearing about the recognition, one of his sisters had kindly “plastered it on Facebook” and since then he had received a constant stream of congratulatory messages from parishioners and old friends via Facebook and text.

Over the years the accomplished keyboard, guitar and flute player and priest of 47 years has written numerous songs for different prayer groups – so many pieces that he has lost count.

“I wouldn’t have a clue how many I’ve written – stacks. You can connect with all ages with music. Music is everyone’s language.

“Music has been a part of my life all my life. I’ve recorded 13 albums. My music has been woven into my ministries.”

In Wollongong, Sr Rita Ann Fitt SGS has been awarded an Order of Australia Medal (OAM) for her services to secondary education.

The family liaison coordinator for St Mary Star of the Sea College in Wollongong has been leading the school’s ministry of compassion, being available to students and their families in good times, but particularly in times of need, working alongside school counsellors and psychologists, as well as with the parents and friends group.

“It (the award) came as a shock I must admit – it’s a great privilege and I’m delighted to receive it on behalf of the College and all of my colleagues at work. I’m very aware of all the great work that all my colleagues do and any one of them could have received it,” she said.

Sr Rita, 77, has spent the past 56 years in various ministries and 15 in her current role, which she describes as a “joy”, connecting college to home.

“It’s all about people and being there in their time of need, to visit in all times of sickness or death. That has been a real joy to go out and be a compassionate, loving support for families. It makes a big difference to the girls in the college.

Sr Rita, who intends to retire from her role at the end of this year, said receiving the award had made her realise that wherever she had been as part of her mission as a Good Samaritan Sister, compassion was key.

Meanwhile, Marist Father Paul Pidcock, has received a Medal of the Order of Australia for service to the Catholic Church.

Fr Pidcock, who was a part of life at St John’s College Woodlawn in Lismore for 55 years until his retirement last year, said he saw the award as a way of affirming the work of teachers and educators.

As a former St John’s College Woodlawn student himself, Fr Pidcock was one of seven students in his senior class to join the priesthood. Since then, he has fulfilled several roles as chaplain, member of the college executive council, bursar, teacher, social outreach organiser and prison chaplain at Grafton.

During the past 55 years, Fr Pidcock said the college has seen enormous changes.

“With the Second Vatican Council and going from an all-boys boarding college to a co-ed systemic day school, those changes have gone very well,” he said.

“I’ve really loved my work and it’s been a great joy to work with all the students. The students have been very generous – especially in their volunteering work with St Vincent de Paul and donating blood for Red Cross.”

Fr Pidcock, who has now retired to Sydney, also taught at Marist College in Burnie, Tasmania. He is a current committee member of the Father Tony Glynn Australia-Japan Centre at Southern Cross University.

“I’m very happy to receive it,” he said of the award. “I’ve just had a pretty normal life being involved with education.”

Crace resident Dr Ray Storrier, says he was both honoured and humbled to be recognised in the 2018 Australia Day honours list. Read More