“Without silence, God disappears in the noise. And the noise becomes all the more obsessive because God is absent. Unless the world rediscovers silence, it is lost,” writes Cardinal Robert Sarah in The Power of Silence: Against the Dictatorship of Noise.

How can we muffle the increasing din? We should “Go to Joseph” — the silent, strong saint who teaches us by example.

“It is amazing that the greatest saint after the Blessed Virgin Mary is St. Joseph, yet we don’t have one single word from him in the New Testament. [But] God does speak to him through his dreams,” says Father Donald Calloway of the Marians of the Immaculate Conception and author of St. Joseph Gems: Daily Wisdom on Our Spiritual Father.

“In this noise-filled world, where everyone thinks to be connected you have to be talking and communicating, Joseph’s example shows that to be truly connected is to be silent and listening,” Mike Wick, chief of staff for Bishop Donald Hying of Gary, Indiana, told the Register. He defines silence as “not an inactivity. It’s an activity that will get people better connected and more attuned to others and to God.”

Joseph is a perfect example of the beauty of silence.

“There’s something special about the silence of St. Joseph. He’s silent in his words, but not in his communication with God,” Father Calloway told the Register. “His strength is not manifested in shouting. You have this gentle man who carries a lily, and you think, ‘How is this guy strong? How can we count on him as our spiritual father to protect us?’ But even though he doesn’t speak, Satan fears him. He shows his strength in a different way.”

“We need more of [the example of] St. Joseph [in our lives], in that prayerful, pondering, contemplative mode.”

At a recent volleyball game in Indiana, Sean Martin couldn’t help but notice “throughout the crowd a good bulk of the people were on their cellphones, not even watching the game or their kids play.” He sees the same behavior time and again in restaurants.

“So many things can preoccupy us through the day, from the use of cellphones to TV, radio and video games,” Martin told the Register. “All of these things fill our lives with noise and busyness.”

That’s why Martin, the director of evangelization, catechesis and family life for the Diocese of Gary, and his wife, Stacy, cultivate silence with their six children, ages 9 months to 15 years old.

“Practically speaking,” Martin says, “one of the things we do in our family in Lent is to shut off the TV.” That promotes silence of the eyes. And he typically gives up listening to the radio to and from work.

For Martin and his family, “That theme of being silent and being present to each other is really important. St. Joseph was really present to Jesus and the Blessed Mother. It’s all-around good to teach the kids.”

By focusing on intentional silence, Martin sees “we have more family time together and more time for family prayer. It really does open up a whole new opportunity for each other and for the Lord.”

“He’s a saint of silence who shows prayer and contemplation, and that’s what we’re called to — a spirit of prayer.” He suggests people disconnect from social media and technology to pray more. “When they do that, Joseph also shows us a model of devotion and duty and self-denial.”

“We give up words in order to listen,” Wick added. “By listening, Joseph becomes for Lent a model of goodness.” This is turn makes us more charitable. “Your eyes are opened through silence because you see the needs of others. Your sense to be attuned to others is far greater in silence.”

That includes what Cardinal Sarah points out: “Someone who keeps silence for the love of God will take to meditation, spiritual reading and prayer before the Blessed Sacrament.”

We can often speak too quickly with words that can wound. “I don’t think St. Joseph would do that,” he says.

Families should make it a practice, “whether between spouses or parents and children, to hold your tongue and give it some time before you respond, with love and with truth, as St. Joseph would. In my mind I can never see St. Joseph raise his voice and degrade someone and get into a verbal wrestling match.” We can follow his example and strive “to be like St. Joseph to one another.”

Silence speaks volumes, notes Wick. “When you’re quiet, that’s when God can communicate the most. Joseph allowed God to speak.”

“He was aware of God through the angel and his own prayer, and he learned to trust and fear not.”

As Pope St. John Paul II stated in his apostolic exhortation Redemptoris Custos (Guardian of the Redeemer), “The Gospels help us find out in his ‘actions’ — shrouded in silence as they are — an aura of deep contemplation. Joseph was in daily contact with the Mystery ‘hidden from ages past’ and which ‘dwelt’ under his roof.”

“Let us allow ourselves to be ‘filled’ with St. Joseph’s silence!”  Benedict XVI emphasized in his Dec. 18, 2005, Angelus address. “In a world that is often too noisy, that encourages neither recollection nor listening to God’s voice, we are in such deep need of it.” 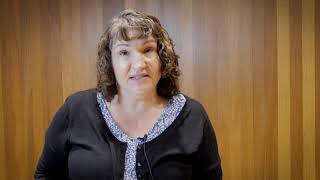