The resurrection is the most shocking event in human history: Pope Francis 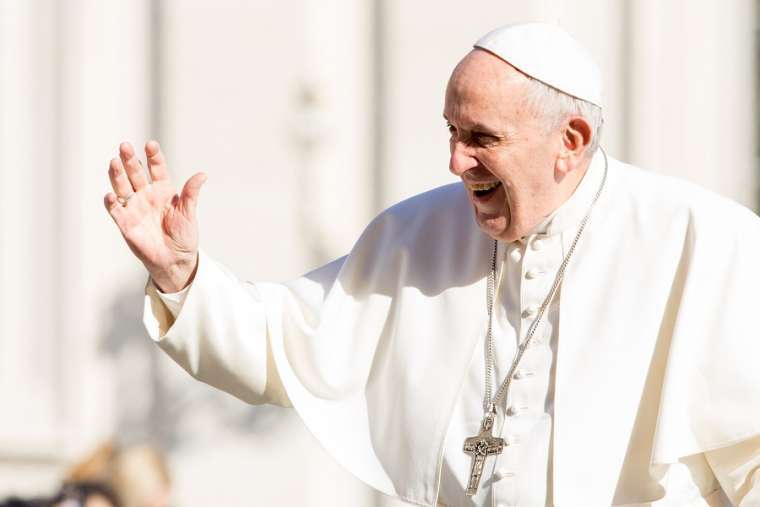 VATICAN CITY: Pope Francis said Monday that the resurrection of Christ is the most shocking event in human history.

“What was humanly unthinkable happened,” Pope Francis said April 22. “‘Christ, my hope, is risen!’ And in Him we too are resurrected, passing from death to life, from the slavery of sin to the freedom of love.”

The pope spoke from the window of the Vatican Apostolic Palace before leading those gathered in St. Peter’s Square in the traditional Easter prayer, the Regina Coeli.

“After the rites of the Easter Triduum, which made us relive the mystery of death and resurrection of our Lord, now with the eyes of faith we contemplate him risen and alive,” he said.

Pope Francis said “the risen Jesus walks beside us. He manifests himself to those who invoke and love him. First of all in prayer, but also in simple joys lived with faith and gratitude.”

The pope pointed to the important role that women played in announcing Christ’s resurrection.

“It is women who are the first to meet the Risen One and bring the announcement that he is alive,” Pope Francis said.

“All the Gospels highlight the role of women, Mary Magdalene and the others, as the first witnesses of the resurrection,” he said.

Pope Francis said that the words Jesus addressed to the women must also resound in our lives today, “Do not be afraid; go and announce …”

“We ask the Virgin Mary to allow us to receive full peace and serenity, gifts from the Risen One, to share with our brothers, especially those who need comfort and hope the most,” Pope Francis said.

“Let us allow ourselves, therefore, to reach out from the consoling message of Easter and wrap ourselves in its glorious light, which dissipates the darkness of fear and sadness,” he said.

The pope again expressed his spiritual closeness with the people of Sri Lanka, where explosions in Catholic churches killed more than 200 people on Easter morning.

Pope Francis condemned the acts of terrorism and said that the Sri Lankan people continue to be in his prayers.

“I pray for the many victims and wounded, and I ask everyone not to hesitate to offer this dear nation all the help that is necessary. I also hope that everyone condemns these acts of terrorism, inhuman acts, never justifiable,” Pope Francis said.