The Temptation of Euthanasia 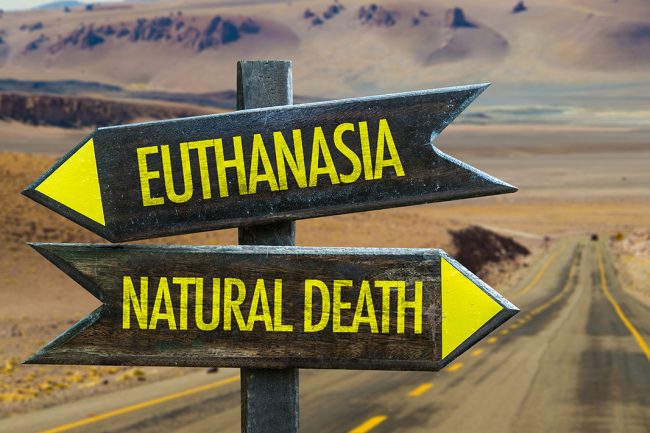 Theological conversations about euthanasia often concern concepts such as the relationship between suffering and spirituality. Yet, there is a related type of mental conflict, or suffering if you will, that receives little attention from theologians – that is the conflict between, wanting to live according to Catholic teachings, on the one hand, and the desire for the instant relief of suffering that euthanasia can bring, on the other hand.

This mental conflict is intensified by the quasi-moral legal status of euthanasia and by the ease of access to euthanasia services.

That said, it is salient to mention here that the temptation to relieve suffering is nothing to be ashamed of. We know from St Augustine and St Paul that Christians cannot always resist the temptation to go against their Christian duty – “for all have sinned and fall short of the glory of God” (Romans 3:23).

However, let us not avoid the issue here:  Catholics are forbidden from requesting euthanasia.

This is clearly expressed in the Congregation for the Doctrine of the Faith’s document, Declaration on Euthanasia. It is also of vital importance that Christians dissuade others from accepting euthanasia services. For the battle against euthanasia is one all Christians must join, not only the terminally ill and bishops.

Furthermore, it is worth stressing that Christians love each other profoundly when they help each other to live out their Christian vocations. However, this is a two-way street.

As mentioned above, Christians must help their terminally ill brothers and sisters to resist the powerful temptation of euthanasia to bring immediate relief of suffering. But also, the Christian who is terminally ill reminds his/her brothers and sisters that it is in alleviating the suffering of others that Christians conform their lives to Christ in his ministry to the infirmed.

Yet, let us not delude ourselves: suffering by its very nature is always tough, as are the demands of caring for the sick. Hence, the call on Christians to fight against euthanasia is demanding.

That said, the most credible means of helping people to resist the temptation of euthanasia is to give the terminally ill the reassurance that Christians will do all they can to live out their own Christian duty to alleviate pain when they can, to “carry each other’s burdens” when they cannot carry their own, and to always hope for moments of joy, even amidst great suffering.

Let us not forget: Christ’s ministry conquered opposition through love and service; not by way of fist-pumping battles – a mainstay of pro-life activism. Hence, we must strive to confront the evil of euthanasia as Christ confronted evil, that is, with a grounded awareness of the difficulties of the struggle to resist temptation, and with love that is not sentimental but, rather, is realized in Christian service. Indeed, this means of protesting against euthanasia is deeply spiritually formative for all involved.

Carry each other’s burdens, and in this way you will fulfill the law of Christ. Gal. 6.2

NEWER POSTChurches should be for all, not just the vaccinated
OLDER POSTPope Francis sends 15,000 ice creams to Rome prisoners