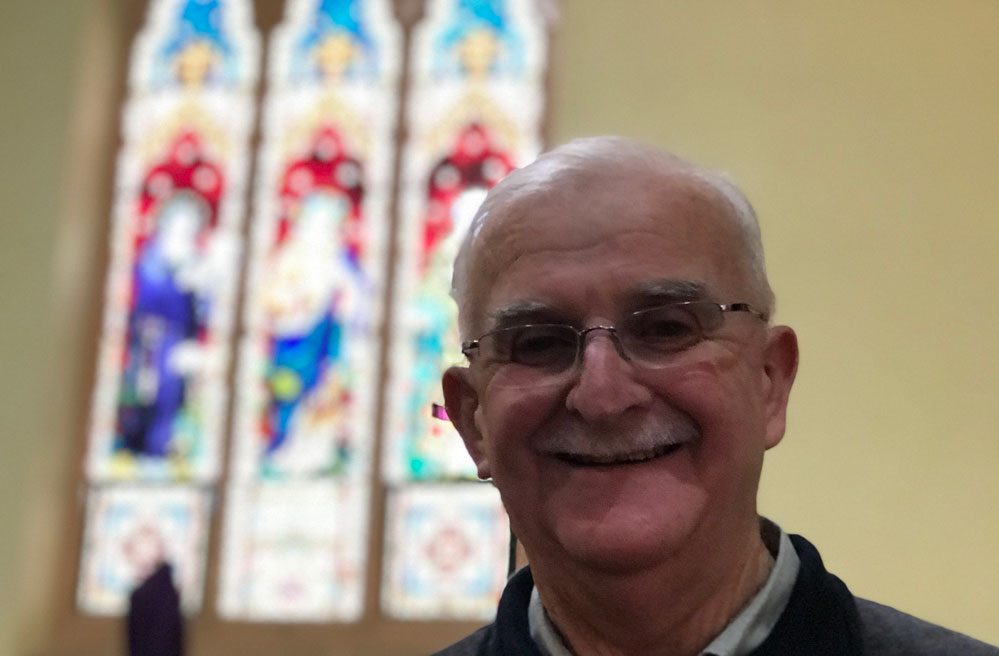 It’s been a long road… actually quite a few roads… that have led Fr Allen Crowe to where he is now, both geographically and philosophically.

Following an early retirement forced by ill health, he has been living in Young the last five years and assisting with Masses.

“I retired quite early but my health is stable at the moment and I do a lot of supply work within the Young Mission,” he said.

“I just think I’ve been very blessed, even with retirement through health issues, that I haven’t felt I didn’t belong to the presbyterate. I’ve retired but I’m still of use.”

Fr Allen has just reached a significant milestone – 25 years since ordination. But his was a late call, in fact he features in the book of that same name by Bishop Pat Power detailing the backgrounds of some of the priests who attended St Paul’s in Kensington as a late vocation.

“I’m actually in the centrefold of that book… I don’t know if I should say that,” Fr Allen said with a cheeky grin.

“Bishop Pat asked us to put in a bit of a profile for our stories which I did, and he wasn’t able to get candid shots of some of us. As a photographer, I’d kept some photos of me and of some of the other priests, and they made it into the book.”

Aside from his faith, photography has been one of the enduring constants in Fr Allen’s life. Growing up on a property at Murringo Flats, not far from Young and Boorowa, he worked for a surveyor for a few years, always hopeful of working in a photographic field.

He went to Sydney with the intention of meeting someone who’d show him the ropes of how to become a photographer, but that didn’t eventuate.

After a couple of years of retail work, he returned to Young primarily as a roustabout and other work he could pick up, but had begun freelancing as a photographer at the same time.

After a spot of travel overseas, he joined a photographic firm in Wagga where he sold cameras and accessories for a year and a half and photographed weddings and other events on weekends.

Some more travel overseas, and then back to Young, where he found work with a company expanding its photographic business. There he stayed for 14 or 15 years, in all aspects photography including shop front, equipment, studio, laboratory, out in the field, portrait photography, school photography.

But after doing what he thought he wanted to do for so long, he figured out what he needed to do.

“I had begun to think more and more about my faith,” he remembers.

“And it was becoming clearer and clearer. I felt I needed to look into the area of ministry. I wanted to do it, but needed to discern if it was what I was meant to do. I was lucky enough to be accepted into St Paul’s and I found my path.”

Since his ordination, aged 45, he has served in parishes across the Archdiocese. Adelong and Batlow, Goulburn, St Christopher’s Cathedral, Gundagai, Ardlethan, Barellan, Grenfell… and now Young. Through many twists and turns, his path led back to where he started. 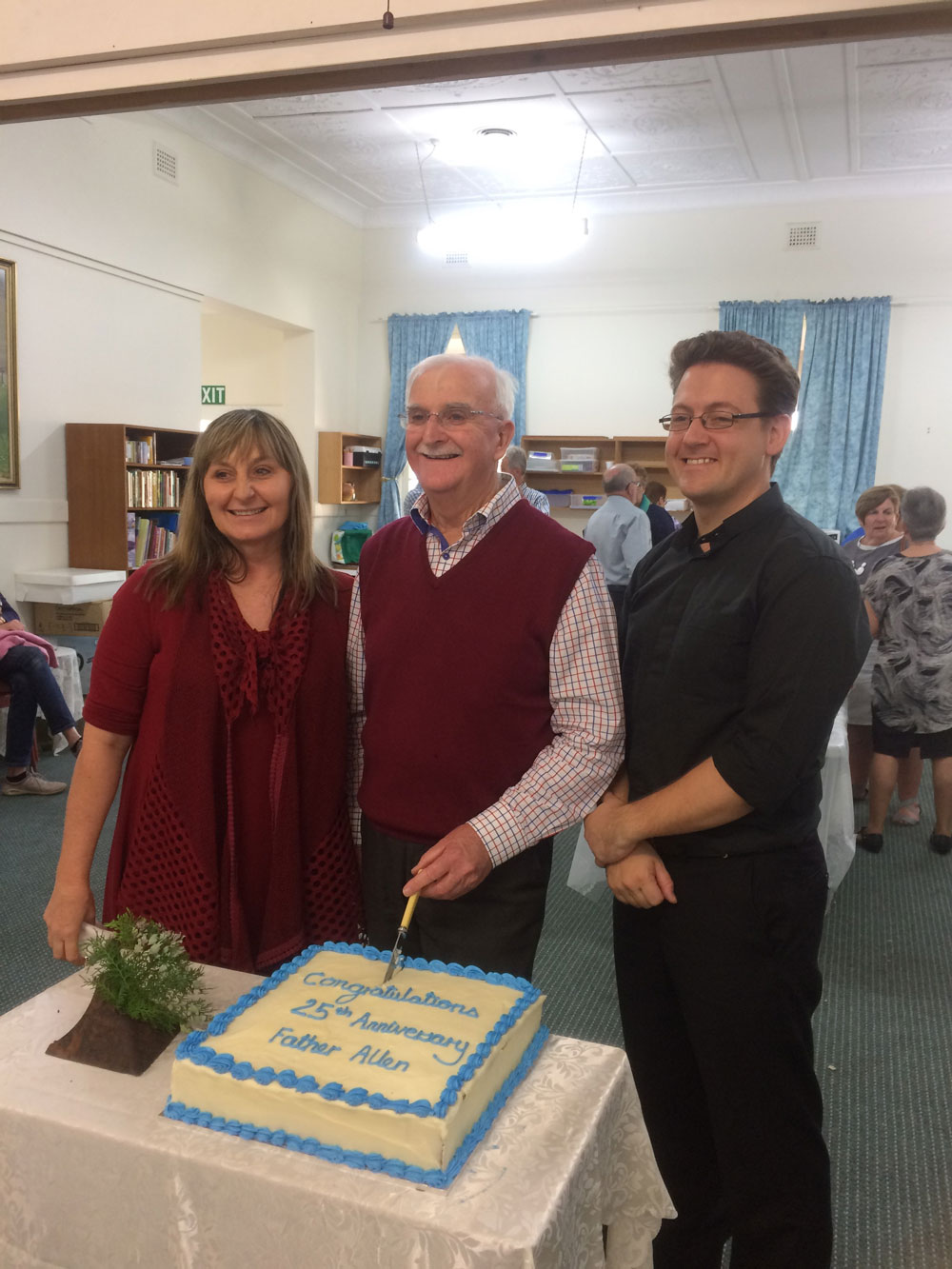 “It’s like I fell asleep for a few years and the time has passed.

“I’d just say, on reflection, that I feel that I’m in the right place, albeit in a limited capacity. I think I’m meant to be here and I think what I’ve been able to do is carry into my ministry from pre-ordination, hobbies, lifestyle, family and friends   – I’ve never let go of any of that. I’ve had a life outside of Parish as well as my life in the Church.”

One of the sad ironies for Fr Allen is that now, with more time on his hands, he had hoped to do more photography, but health issues have impeded him.

A long term diabetic, he has experienced an ongoing deterioration with his vision. He can’t use manual focus any more and can’t operate a camera as he could at his best. It’s tough news for a photographer but he has taken it in his stride. It is, as with everything else, more of the path he is meant to travel.

On April 23, Fr Allen celebrated the 25th Anniversary of his Ordination with family, friends and parishioners with a lunch/afternoon tea in St Mary’s Parish Centre, Young.

Around 150 people called in throughout the day to congratulate Fr Allen on his special day. 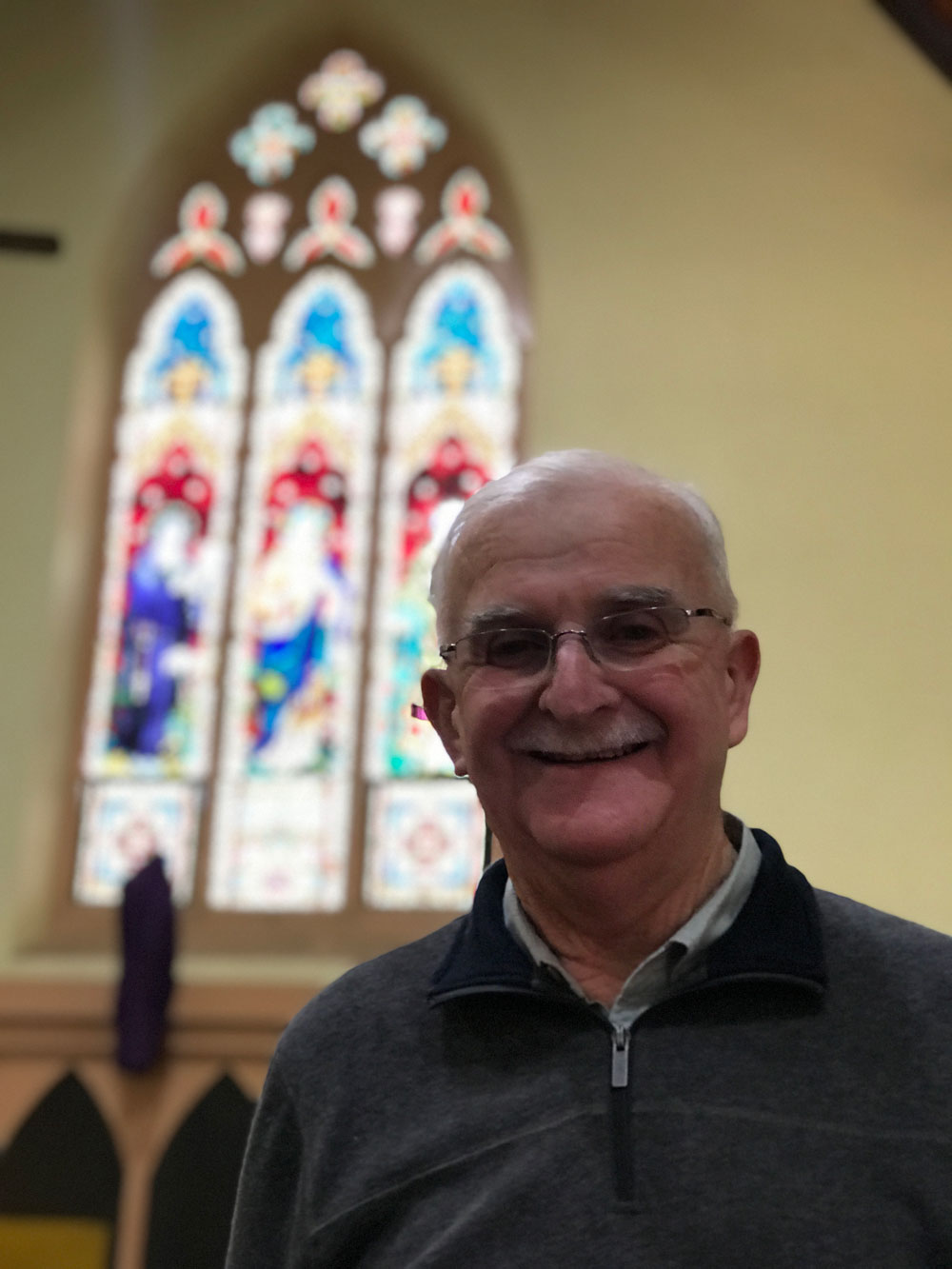