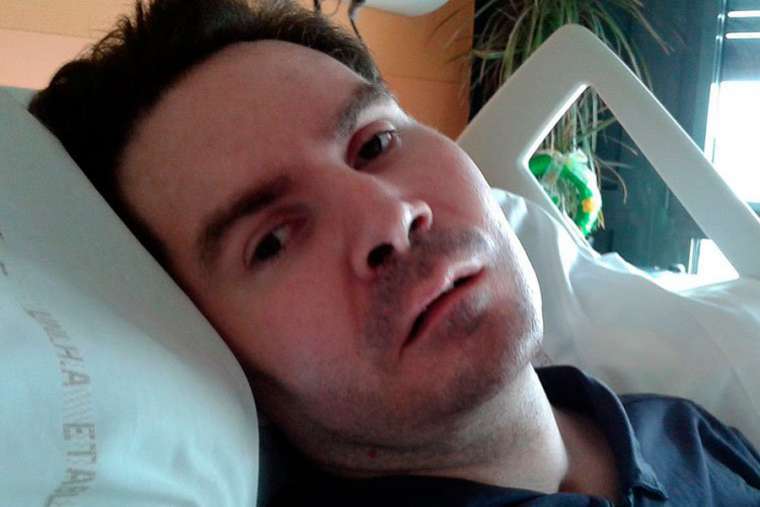 REIMS, FRANCE: A severely disabled French man, who has been artificially fed and hydrated in a hospital in northeastern France for over 10 years, was taken off life support Monday, hours before the hospital was ordered by a French court to return the support.

A French court had ruled in favor of euthanizing Vincent Lambert earlier this month.

Doctors in a hospital in Reims had removed Lambert’s feeding and hydration tubes early May 20, and were beginning to administer sedatives, when a challenge passed the Paris appeals court and the hospital was ordered to delay ending life support.

The decision was delayed in order to give the Committee on the Rights of Persons with Disabilities, which is affiliated with the United Nations, more time to review the case.

Euthanasia is illegal in France. However, a 2005 law allows physicians to refrain from using “disproportionate” treatments “with no other effect than maintaining life artificially.”

Lambert, 42, has been a tetraplegic and severely disabled for more than 10 years, after he sustained severe head injuries in a traffic accident in 2008.

Since then, Lambert has been at the center of a protracted court battle over whether to have his food and hydration removed. Lambert’s wife and six of his eight siblings have supported the removal of life support, while his parents have fought against it.

Vatican officials on Tuesday condemned the removal of food and hydration from Vincent Lambert.

In a joint statement May 21, Cardinal Kevin Farrell, prefect of the Dicastery for Laity, Family, and Life, and Archbishop Vincenzo Paglia, president of the Pontifical Academy for Life, said the interruption of food and hydration entail a “serious violation of the dignity of the person.”

Lambert has been described by some medical professionals as being in a “vegetative state.” Farrell and Paglia stated that though this is a “serious pathological condition,” it does not in any way “compromise the dignity of the persons who are in this condition, nor their fundamental rights to life and care, understood as continuity of basic human assistance.”

Food and water, they continued, are a form of essential care, and do not comprise “unreasonable therapeutic obstinancy.”

The Catholic Church does not require the use of extraorinary means to preserve life, but considers the provision of food and hyration to be an ordinary standard of care.

“The suspension of [food and hydration] represents, rather, a form of abandonment of the patient, based on a merciless judgment on his quality of life, expression of a culture of waste that selects the most fragile and defenseless people, without recognizing their uniqueness and immense value,” Farrell and Paglia wrote.

They also expressed the hope that an effective solution for preserving the life of Lambert can be found, and pledged the prayers of Pope Francis and the Church for that intention.

In 2015, the European Court of Human Rights approved the removal of Lambert’s life support, arguing in a 12-5 decision, that the choice to stop his intravenous feeding did not violate European rights laws.

Gregor Puppinck, director general of the European Centre for Law and Justice, warned at the time that the court’s decision put “at risk the ‘legal death’ of tens of thousands of patients in Europe.”

Puppinck had said the ruling means it is legal for states to “cause the death of a patient in a minimally conscious state” and means “we can again legally induce the death of a disabled patient who did not ask to die.”

A lower French court had previously ruled that Lambert should continue to receive food and hydration. In January 2014 a panel of nine judges in Chalons-en-Champagne said removing food and hydration is “a grave and clearly illegal attack on the fundamental right to life.”

The panel added that Lambert is “neither sick nor at the end of his life.”

The bishops of France reiterated Catholic teaching against euthanasia in a January 2014 document, stating that God’s commandment “Thou shall not kill” is “the foundation of all social life respectful of others, especially the most vulnerable.”

In March 2018, 118 French bishops signed a declaration promoting end-of-life care and explaining the Church’s opposition to suicide in all forms.

Pope Francis addressed Lambert’s case during a Regina Coeli address in April 2018. He asked for prayers for people such as Lambert, “who live, at times for a long period, in a serious state of illness, medically assisted for their basic needs.”

“Every offense or wound or violence against the body of our neighbor is an outrage to God the creator,” he said, adding that, “in the flesh of these people we find the flesh of Christ.”

This story was updated with the statement of Cardinal Kevin Farrell and Archbishop Vincenzo Paglia.

The pontifical foundation Aid to the Church in Need (ACN) has launched a Lenten campaign to strengthen its support for religious sisters. Read More