Where do Ash Wednesday ashes come from? 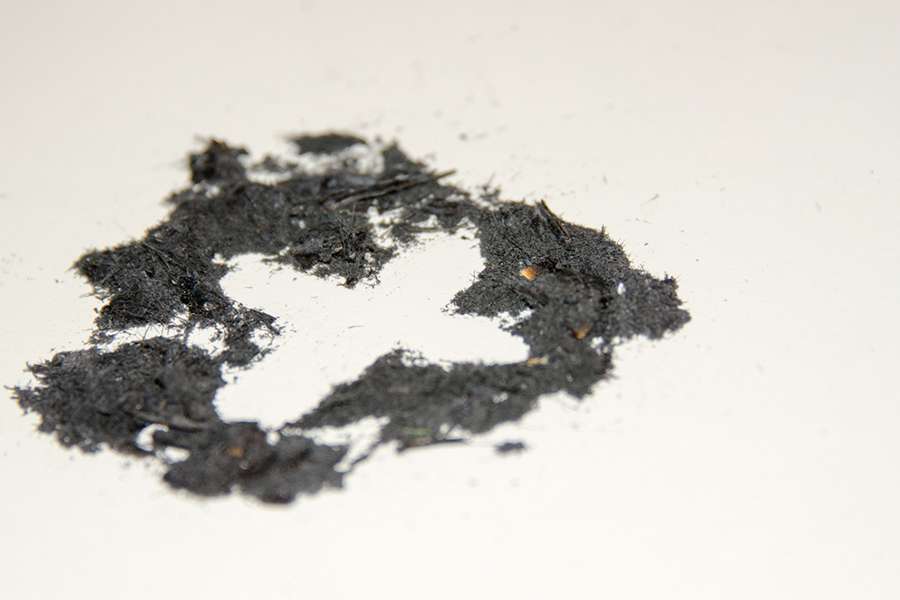 The following article was written in the United States for Catholic News Agency. While accurate in a generic sense, some of the specifics may differ from country to country.

WASHINGTON D.C.:“Remember you are dust and to dust you shall return.” Or, “Repent and believe in the Gospel.”

On Ash Wednesday, millions of Catholics throughout the English-speaking world will hear one of these two blessings as a priest applies ashes to their forehead in the sign of the cross.

But where exactly do the black or grey powdery ashes come from?

Per the instructions of the Roman Missal, ashes are typically supposed to be made from last year’s Palm Sunday palm branches.

These branches are then burned down into a fine powder and, in the United States, are mixed with holy water or chrism oil to create a light paste. In other parts of the world, sometimes dry ashes are sprinkled on the head rather than made into a paste.

BYOA – Burn Your Own Ashes

Fr. Dan Folwaczny is a priest with the Archdiocese of Chicago and serves as associate pastor at St. Norbert and Our Lady of the Brook parish.

He told CNA that the parish burns their own palms from previous Palm Sundays.

“We have an order of palms that comes in, and some of them are handed out on Palm Sunday but some are leftover, and those we usually store away in the garage until the following year,” he told CNA.

“And then also we have some that people bring back, so people have had them in their houses in the lead-up to Lent, and we’ll tell people to bring them in to the church,” he said.

Then on the day before Ash Wednesday, all of the old palms are placed in a fire pit on the church steps.

“And then the school kids come out and we have a little prayer service and light it on fire,” Folwaczny said.

While some priests order palms from religious goods suppliers, Folwaczny said he has always had plenty of palms and ashes to spare.

“We actually still have plenty in reserve from previous years,” he said. “We could actually not [burn additional palms] for a couple of years and still be fine.”

A similar procedure for the burning of ashes is followed in many parishes and dioceses.

Fr. Harrison Ayre, with the Diocese of Victoria, British Columbia, told CNA on Twitter that he burns his own ashes for Ash Wednesday in a metal garbage bin “and they reduce to ashes quite nicely.”

While many parishes use Ash Wednesday as an opportunity to use up last year’s palms, the Church also allows for the buying of ashes from religious goods suppliers.

Fr. Joseph Faulkner, a priest of the Diocese of Lincoln, Neb., told CNA on Twitter that he buys his ashes from religious goods suppliers to avoid sub-par or “stabby” ashes.

For Catholic parishes in Colorado, one of the most-used such suppliers is Gerken’s Religious Supplies.

“There is quite an art to (burning ashes),” Mike Gerken, the co-owner, told the Denver Catholic in 2017.

“To get the good ash, you can’t just burn them. You have to let them smolder with no oxygen, and that’s where it gets the real charcoal black.”

Religious goods suppliers such as Gerken’s typically get their Palm Sunday palms, and sometimes the palm ashes as well, from palm suppliers in the warmer parts of the United States, such as California, Texas, Florida and other parts of the South.

There is liturgical significance in the use of the palms from Palm Sunday, as opposed to other materials, to make the ashes for Ash Wednesday.

Father Randy Stice, associate director for the Secretariat of Divine Worship for the U.S. Bishops’ Conference, told CNA that the ashes made from palms remind us of what Lent is all about.

“Those branches herald Holy Week, the suffering death and resurrection of Christ,” Stice said. The feast of Palm Sunday occurs the beginning of Holy Week, which leads up to Easter. “Then that helps us identity with (Jesus) in Lent…it connects us with events in Christ’s own life,” he said.

Ashes have also long been a symbol of repentance and conversion, even in the Old Testament, Stice added.

“It’s an Old Testament and a New Testament symbol of repentance and conversion, sorrow for our sins, awareness of our frailty and mortality – [symbols] that have been taken up by the Church from the earliest stages.”

St Clare’s College Ash Wednesday Liturgy is a time for the College community to stop and reflect, to be still, to take stock, to re-evaluate ... Read More