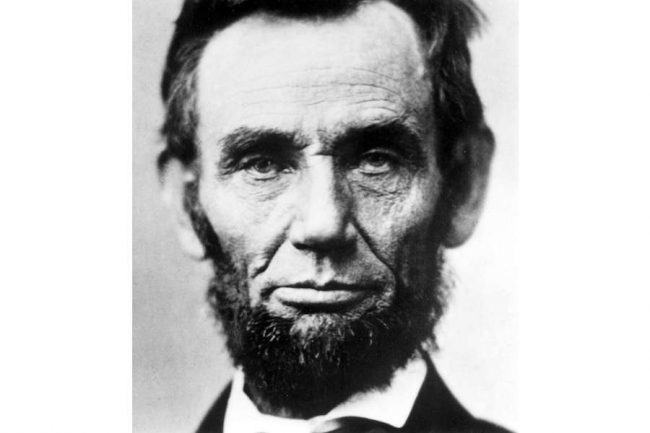 But it wasn’t until the height of the Civil War that black Catholics in DC began the process of founding a parish of their own— with the help of President Abraham Lincoln.

In the 16th and 17th century, Spanish laws in North America freed slaves who converted to Catholicism. Some of these freed slaves and their descendants formed their own settlement in the region that would become Florida.

Meanwhile, in Maryland, in the decades before the American Revolution, Jesuit missionaries evangelized black slaves, including some owned by their order, along with freemen. Over the centuries, large African-American Catholic populations settled in cities including Baltimore, Philadelphia, Chicago and numerous cities throughout the South.

Monsignor Charles Pope, pastor of the historically black DC parish of Holy Comforter-St. Cyprian, told CNA that racial prejudice has played a role in the region’s Catholic history; that white parishioners enforced racial segregation, forcing black Catholics to sit in back of church or choir loft, and to wait to receive the Eucharist until after white Catholics had done so.

Black Catholics “had many reasons to walk out of the Catholic faith, being treated like that, and yet they didn’t. They stayed, they worked, they built their own church.”

Beginnings of a black Catholic parish

In the mid-19th century, black Catholics were not permitted to worship in the main sanctuary of St. Matthew’s Church in downtown DC. They were likely relegated to the church basement to worship, and while black children had a separate Sunday school to attend, they were not at all allowed to attend the parish day school.

By 1864, the black Catholic community had had enough of being related to the margins of St. Matthews to worship, and decided to build their own place of worship.

According to historian Morris MacGregor, who wrote a book in 1999 entitled “The Emergence of a Black Catholic Community: St. Augustine’s in Washington,” a group of free black men and women came to the pastor of St. Matthew’s, Father Charles White, to ask him what could be done.

White was apparently supportive of the idea of building a new church building for the black Catholic community, though he didn’t initially envision it becoming a separate parish. He convened a committee which included the superintendent of the parish Sunday schools, as well as two black parishioners, one of whom was named Gabriel Coakley.

Gabriel Coakley was a Washington businessman, who according to his granddaughter was a cabinetmaker. Some sources say his wife Mary was a seamstress in the White House.

White agreed to underwrite the down payment for a lot on which to build the church using money from St. Matthews, but suggested fundraising efforts would be needed to continue the church’s construction.

The committee came up with a potentially winning idea: why not hold a massive Fourth of July fundraising picnic on the White House lawn?

Coakley appears to have been chosen as the leader and spokesman for the group, and by most accounts seems to be the one who met personally with Lincoln to ask for the use of the White House grounds for a fundraiser picnic to raise money for the new church.

Even at the height of the Civil War, personal access to the President was much simpler than it is today. Coakley simply made an appointment to meet Lincoln and was welcomed into the White House on June 27, 1864.

Though not himself a Catholic, Lincoln was evidently supportive of helping black Catholics in DC build their own place to worship. He agreed at once, and told Coakley to go to General Benjamin French’s office to tell him that he had given permission for the event.

French was a prominent Mason, so Coakley feared that he would not be keen to grant permission for an unusual event organized by black Catholics.

Nevertheless, records show that General Benjamin French issued a permit for the use of the White House lawn on June 30, 1864, and, after Coakley returned to the White House to seek the president out once again, Lincoln signed it.

Here’s where the historical record gets slightly fuzzier.

It remains unclear whether Lincoln himself actually attended the event. A Washington Post article from the 1980s proclaims that the festival was “held” by President and Mrs. Lincoln, “who strongly supported a church for black Catholics in the nation’s capital.”

MacGregor wrote that “President Lincoln and members of his cabinet likely made a brief appearance,” it is not officially recorded— at least in Lincoln’s writings— whether he was actually there or not.

Regardless, the event was a success.

An estimated 1,500 parishioners from at least six DC-area parishes attended, and the picnic raised over $1,200 a very large sum at the time.

With the funds in hand, work began on the De Porres Chapel and school, which opened in 1866 on Fifteenth Street.

MacGregor says it took a while for the chapel to attract a congregation, because despite harsh treatment at their home parishes, many black Catholics were still attached to their congregations.

Nevertheless, black Catholics at various parishes around DC remained frustrated by discrimination, and with the support of an Italian priest named Father Felix Barotti, a black Catholic parish at last came to fruition.

The original St. Augustine’s Church, which replaced the De Porres chapel in 1876, sat on the site of what eventually became the headquarters of the Washington Post.

It was the first African American Catholic parish in the city, and was a great success. The parish hosted the first National Black Catholic Congress in 1889, and parishioners hosted marchers and participated in the 1963 March on Washington.

The parish also has a school which has been operating for over 150 years.

In 1961, St. Augustine parish merged with the nearby, mostly white St. Paul’s Church, which had been experiencing declining attendance. The new, merged parish was renamed Sts. Paul and Augustine until 1982, when the name was restored to St. Augustine’s.

The original St. Augustine’s church, sadly, was razed in 1946.

Today, however, St. Augustine’s parish has one of the largest congregations in all of DC, with over 2,000 registered members.

Similar to the parishioners at St. Augustine, the parishioners of Holy Comforter-St. Cyprian, another historically black DC parish, raised the funds necessary to build their first church building.

Holy Comforter-St. Cyprian has a long African American Catholic heritage, but now, the neighborhood is changing. Pope estimated that the congregation is now probably about 40% white.

“Every now and then people feel a little bit sad, it just feels kind of like the end of an era,” he said.

“We still have a very bright future as a parish, and there are many good, new things that are up and running now, too. So it’s always a mix of a little bit of sadness but also hope and enthusiasm for a parish that is now much more diverse.”

He said people use the term “gentrification” to describe changes in DC’s historically black neighborhoods.

“There’s a subtlety to it. Most of the older black folks here in the neighborhood were not poor, they were working class— some of them had good government jobs with decent pensions.”

Many of the aging back parishioners have sold their homes at a tidy profit, while choosing to downsize or move to the suburbs, for well over $1 million, he said.

“As a parish, I think we’re handling it as best we can,” he said.