Year One student’s ‘Power of Speech’ event at Parliament House 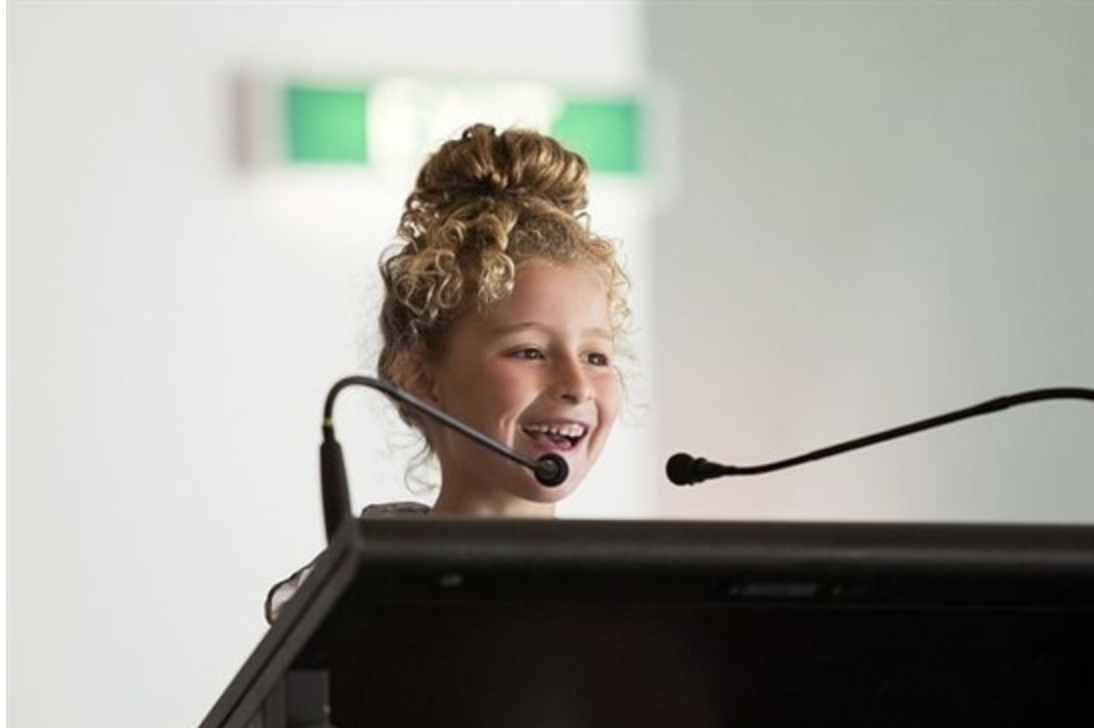 Annie Flemming, a Year One student from St Bernard’s Primary School Batemans Bay, has given a speech to politicians about the need for early intervention for children with hearing loss.

Annie, seven years old, was one of six young people from across Australia and New Zealand who were chosen to speak at the ‘Power of Speech’ event held at Parliament House. Annie spoke about her experience as a young person living with a cochlear implant and her future with hearing loss.

She believes that her cochlear implant and early intervention therapies have allowed her to participate in mainstream schooling, being a successful and thriving student at St Bernard’s Primary School. She hopes that her speech will help shatter misconceptions about growing up with hearing loss and encourage action.

“I hope that lots of children with hearing loss get to have speech and listening therapy,” she said. “I wanted [politicians] to understand why children need early intervention. I want other kids like me to be able to speak and listen.”

Annie and her mother Zoe Flemming appeared on ABC Radio to talk about the impact of Annie’s achievements.

“It was a wonderful opportunity for Annie to demonstrate to politicians how valuable early intervention is for children with hearing loss,” said Zoe. “It was really important for MPs to see how well these children are doing today, mostly because of not-for-profit organisations that provide speech and listening therapies.”

St Bernard’s Principal, Johanna Wain, congratulated Annie for being an outstanding advocate. “Annie is a remarkable young girl who has an extremely positive outlook on life,” she said. “She is an inspiration to her peers as she approaches her learning with enthusiasm and determination.” 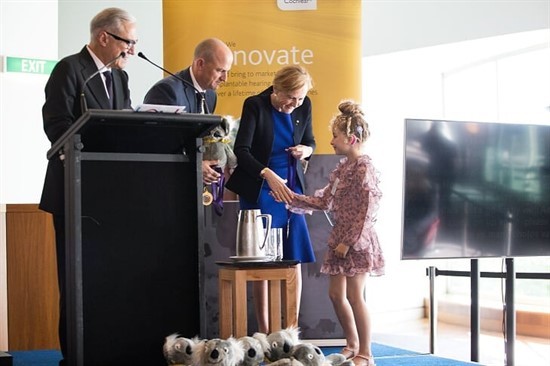